After shark attacks, is Cape Cod ready for tourist season?

Among the questions on many minds this Memorial Day holiday weekend: Will there be more attacks? Will the region’s billion-dollar tourism economy take a hit as scared beachgoers stay away? And is there anything that can be done to make the sea safer?

At Longnook Beach in Truro, where a New York man was badly mauled by a shark but survived on Aug. 15, resident Beckett Rotchford said he’ll likely skip the boogie boarding this summer and stick to swimming at lifeguard-monitored beaches rather than more secluded stretches of sand like Longnook.

But he isn’t in favor of some of the more drastic measures pushed by some, such as shark barriers around popular swimming beaches.

“That’s their habitat. We can’t restrict their ability to swim,” Rotchford said as he walked along the shore with his dog. “I think we can coexist, but occasionally attacks happen. It’s just the reality.”

At Newcomb Hollow Beach in Wellfleet, where 26-year-old Arthur Medici was killed by a shark while boogie boarding Sept. 15, Brewster resident Leslie Young said she’d be open to somehow limiting the seal population that draws the sharks in the first place. Town officials are studying a range of controversial measures, including administering contraception to seals or outright culling them.

But Young’s niece, Ashley Frisbee, wasn’t so sure.

“That’s ridiculous. The sharks are the ones feeding on them,” the 25-year-old Oklahoma City resident said of the seals. “They shouldn’t be punished.”

Frisbee said she briefly waded into the ocean earlier in the week and says she would have ventured out farther had the water not been so chilly.

“I’d definitely be cautious,” she said, while her family paused at an informal memorial to Medici set up at the top of the sandy path down to the beach. “I wouldn’t swim farther out than anyone else on the beach, but I wouldn’t stop swimming.”

Lifeguards won’t be out at most Cape beaches until late June, and the modest safety measures promised by local officials — such providing new emergency call boxes and medical kits stuffed with tourniquets and other lifesaving equipment at beaches — also won’t be up and running until then at a number of beaches.

Not having those measures in place for the start of the beach season isn’t unreasonable, officials say.

The number of great white sharks don’t peak until about August even though they start migrating into the region in late May and early June, said Megan Winton, a staff scientist with the Atlantic White Shark Conservancy, a nonprofit group based on the Cape that’s been studying the local population for years.

A broader study on more costly and controversial shark safety measures, meanwhile, won’t be complete until after this beach season. And even then there’s no guarantee any of the measures will be adopted. At least one town has already voted on and rejected a proposed shark barrier.

Local officials need to do more to make beachgoers feel safe or else the region’s tourism economy will suffer, said Eastham homeowners Alison and Isabel Cossar as they relaxed on Newcomb Hollow Beach.

Rental property owners are already experiencing more vacancies than usual, a possible sign that vacationers are staying away over shark concerns, the sisters said. The London residents say their Cape Cod property is usually fully booked through the summer by now but still has about four weeks’ worth of openings.

Ryan Castle, CEO of the Cape Cod & Islands Association of Realtors, said rental bookings on Cape Cod are down about 10% to 15%, but argues it has more to do with the state’s new tax on short-term home rentals, which takes effect this summer.

“There are some concerns about sharks from visitors, but it is definitely secondary to the new taxes,” he said. “It is a sticker shock. It’ll take time for the market to adjust.”

Concerned residents also note that visits to Cape Cod National Seashore beaches dipped from a peak of 4.7 million visits in 2016 to 3.9 million in 2018, the second consecutive year of declines, according to statistics from the Cape Cod Chamber of Commerce.

But Wendy Northcross, the chamber’s CEO, said the visitation figures are based on car counts taken by beach parking lot attendants, so the drops could be attributed to parking lots being closed for construction, storm damage or other reasons.

If Cape Cod wants to continue to be a beach destination, it should take its cues from places like Australia, where they’ve long ago invested in shark barriers and shark spotting technology like aerial drones and underwater sensors, said Isabel Cossar.

“It’s not beyond the realm of technology to make the beaches safer,” she said.

But Florida resident Bill Van Arsdale, who grew up on the Cape in the 1960s, couldn’t see the logic as he and his college-age daughter watched the waves crash on a mostly desolate section of Longnook Beach.

“To screw with Mother Nature makes no sense to me,” he said. “We’re in a wilderness area. Are you going to put a wall around Yellowstone just because it has bears? Let nature be nature.” 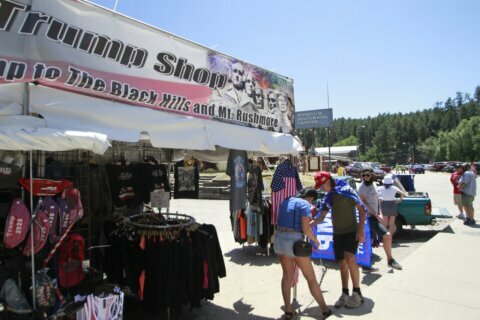 The Latest: Trump goes to Mount Rushmore for fireworks 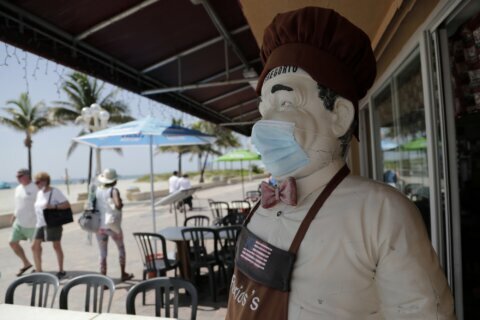 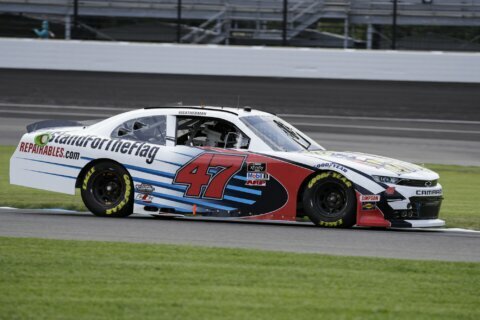