Investigation: 40% of adults in U.S. struggle with health care debt

More than 100 million people in the U.S. have been saddled with health care debt. That includes about 40% of all adults, according to an investigation from Kaiser Health News and NPR.
Listen now to WTOP News WTOP.com | Alexa | Google Home | WTOP App | 103.5 FM

More than 100 million people in the U.S. have been saddled with health care debt. That includes about 40% of all adults, according to an investigation from Kaiser Health News and NPR.

The debt can ripple through their lives for years and has major consequences. In partnership with Kaiser Health News, CBS News Consumer Investigative Correspondent Anna Werner spoke with a Chicago family whose medical debt continues to follow them.

Marcus and Ally Ward told CBS News they planned carefully before having children. He runs a nonprofit organization and she’s a neonatal nurse practitioner. The two said they put their finances in order before getting pregnant.

“It’s like you are unprepared no matter how prepared you are,” Ally Ward said.

What they couldn’t prepare for were twin boys born prematurely at just 30 weeks. Both babies were diagnosed with cerebral palsy and other issues. Milo would spend eight weeks in the neonatal intensive care unit, while Theo spent four months there. 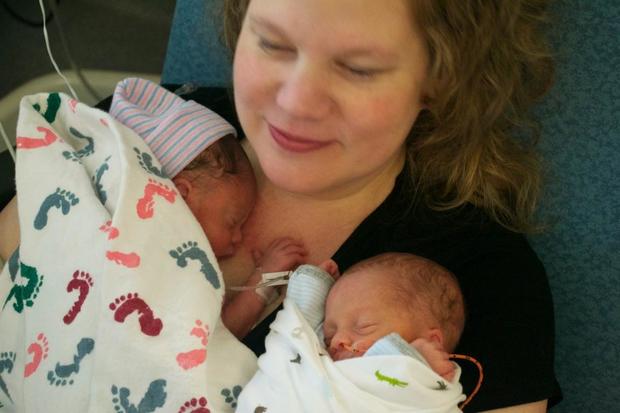 Ally Ward with her twin boys, Milo and Theo after they were born. Both babies spent time in the neonatal intensive care unit.

The costs quickly exhausted their insurance, and they suddenly found themselves owing $80,000.

Ally Ward said the stress blocked some of the joy surrounding the twins’ birth.

“Instead of being able to be present in the experience of being a new mom and a new family, a lot of times, it was, ‘Oh, my gosh. How are we going to make this work?'” she said.

The couple used all their savings, maxed out their credit cards and wiped out their retirement accounts — but it still wasn’t enough.

A Kaiser Family Foundation poll found that one-fourth of American adults with health care debt owe more than $5,000 — and one in five of those who have any debt say they don’t expect to ever pay it off.

The poll also said in the past five years, more than half of U.S. adults have gone into debt because of medical or dental bills, and one in seven people in debt say they’ve been denied access to a hospital, doctor or other provider because of unpaid bills.

About two-thirds of those surveyed said they have put off care they or a family member need because of the cost.

“Care just costs so much more in the United States than almost anywhere else in the world,” said Dr. Aaron Carroll, the chief health officer for Indiana University.

When asked what is driving the medical bill crisis, he said, “I think it’s a combination of the high price of health care in America, coupled with the fact that even with insurance, Americans still out of pocket have to pay a significant amount for health care.”

It’s what happened to the Wards again in 2019, when the couple enrolled their then 7-year-old boys in physical, occupational and speech therapy programs doctors said they needed due to their diagnosis of cerebral palsy. 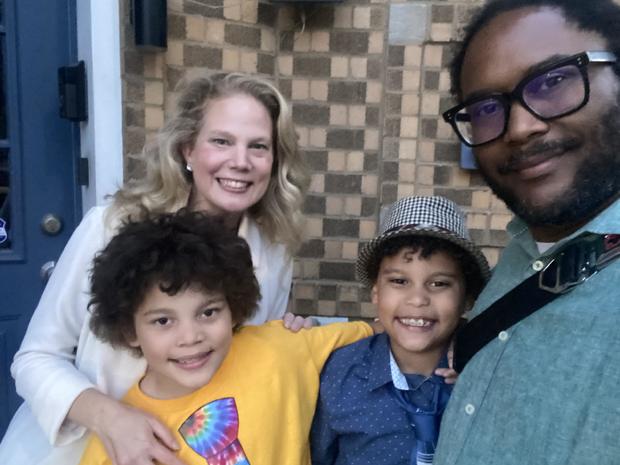 Marcus and Ally Ward with their sons, Milo and Theo.

But they said their insurance company, which had been paying for the sessions, suddenly reversed course and sent them dozens of denial letters for past therapy sessions.

“The mail person, they actually knocked on the door, and they were like, ‘These won’t fit through your slot, so here you go.’ And they handed us a bundle of these letters,” Marcus Ward said.

The couple said they owed about $40,000 as a result. The Wards ended up suing their insurance company and won, cutting the new debt to just a few thousand dollars. 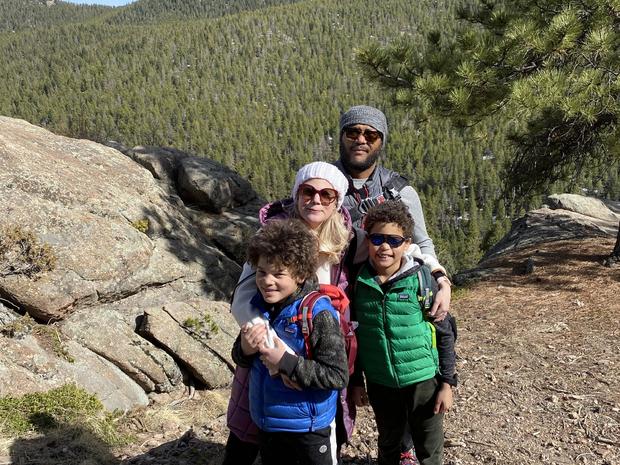 Marcus and Ally Ward with their sons, Milo and Theo.

But they’re still paying on the original debt from the twins’ birth. The cost? Roughly $500 each month.

“We’re recovering, but we’re still in a pretty drawn-out recovery from it,” Marcus Ward said.

On the bright side, Ally Ward said, they’re a family.

“It seems like the part that really worked out for us is our love for each other and our love for our kids,” she said.

How we got addicted to using Q-tips the wrong way