With the Obama health care law undergoing a revival under President Joe Biden, this Sunday is the deadline for consumers to take advantage of a special sign-up period for private coverage made more affordable by his COVID-19 relief law.
Listen now to WTOP News WTOP.com | Alexa | Google Home | WTOP App | 103.5 FM

WASHINGTON (AP) — With the Obama health care law undergoing a revival under President Joe Biden, this Sunday is the deadline for consumers to take advantage of a special sign-up period for private coverage made more affordable by his COVID-19 relief law.

A strong close would bolster Biden’s case that Congress needs to make permanent the temporary boost in health insurance subsidies provided by the COVID legislation. His campaign promise to build on existing programs to move the U.S. toward coverage for all may also gain credence.

The government says more than 2.5 million people have signed up since Biden ordered the HealthCare.gov marketplace to reopen Feb. 15 to account for health insurance needs in the pandemic. Then, starting in April, the cost of coverage came down due to sweeter subsidies in the COVID law, which attracted more enrollment. Officials at the Centers for Medicare and Medicaid Services, or CMS, are hoping that this deadline weekend in mid-August will surprise skeptics.

Interest has been high in a couple of states feeling the scourge of the delta variant. Nearly 490,000 people have signed up in Florida, and more than 360,000 have done so in Texas.

At a nonprofit service center in Austin, Texas, more than 500 people have enrolled so far with the help of staff and volunteers. Foundation Communities health program director Aaron DeLaO said the schedule is booked and they’re working to clear the waiting list.

“Especially with the delta variant, people are thinking about their health a little more,” he said.

The application process can be complicated, requiring details about citizenship or legal immigrant status, income, and household members. That’s before a consumer even picks a health insurance plan. People can apply online, via the HealthCare.gov call center, or through programs like the one in Austin.

About 9 in 10 customers at Foundation Communities have selected standard “silver” plans, which cost somewhat more but offer better financial protection when illness strikes. “That to me says that people are really interested in having comprehensive coverage,” said DeLaO.

The Obama-era Affordable Care Act offers subsidized private insurance to people who don’t have job-based coverage, available in every state. The ACA also expanded Medicaid for low-income adults, an option most states have taken. The two components cover about 27 million people, according to the nonpartisan Kaiser Family Foundation.

“Obamacare’s” place among government health programs seems secure now, after more than a decade of fruitless efforts by Republicans to repeal it or get the Supreme Court to overturn it. Earlier this year by a vote of 7-2 the conservative-leaning court dismissed the latest challenge.

The subsidy increases in Biden’s COVID law have made a tangible difference. The average premium paid by new customers dropped from $117 a month to $85 a month, or 27%, with the more generous aid. According to CMS, the median — or midpoint — deductible went from $450 to $50, a reduction of nearly 90%. People who already had ACA coverage can also get the increased aid by going back to the insurance marketplace. People who’ve had a spell of unemployment are eligible for added breaks.

But the enhanced subsidies are good only through 2022, and Biden is pressing Congress to make them permanent. An extension seems likely to be included in the Democrats’ $3.5 trillion domestic policy package, however it isn’t guaranteed to be permanent, with so many other priorities competing for money.

About 30 million people remain uninsured, and a clear majority would be eligible for ACA plans or some other type of coverage. “If you build it they won’t necessarily come,” said Karen Pollitz, a health insurance expert with the Kaiser Foundation. “People still need to be made aware that there is coverage out there.”

The Biden administration may make progress, but “this can’t be the end of the story,” said health economist Katherine Baicker of the University of Chicago.

It remains way too complicated for people who juggle low-paying jobs to get and keep coverage, Baicker explained. “There is both a need to expand access to affordable insurance and to better inform people about the options available to them,” she said. 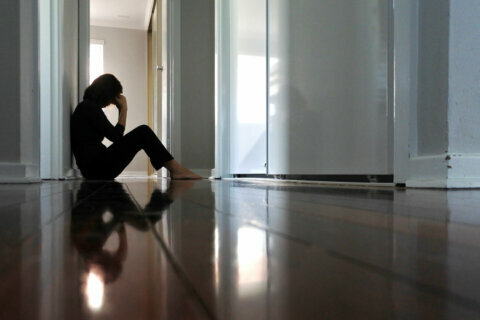