Plastic wrap. Plastic bags. These are some of the workarounds teens use to protect themselves from pregnancy and sexually transmitted infections, pediatrician Dr. Laura Grubb, a specialist in adolescent medicine, has been told.

“Which I do not recommend because we do not know about safety or effectiveness. But I admire their creativity and devotion to using a barrier!” she added with emphasis.

Grubb hears such stories from teens in her practice at Tufts Medical Center in Boston, she says, because adolescents “aren’t really thinking too far ahead” about the consequences of their actions.

“Adolescents are spontaneous and impulsive, and they take risks,” Grubb said. “I’ve heard so many teens tell me that they don’t need contraception or they don’t need condoms because they don’t plan on being sexually active. And then a couple weeks later they’re back in the office and we’re running a pregnancy test or we’re testing for sexually transmitted infections.”

Recent rates of sexually transmitted infections, or STIs, have been skyrocketing among teens and young adults, at the same time that the number of teen pregnancies and births has declined.

“Adolescents and young adults account for more than 50% of new STI diagnoses, despite being only about 25% of the sexually active population,” Grubb said.

Just as shocking, they account for 1 in 5 of all new HIV (human immunodeficiency virus) diagnoses in the United States, according to the US Centers for Disease Control and Prevention.

Barrier protection is key to solving both problems. That includes external condoms (commonly known as male), internal condoms (commonly known as female) and dental dams, the new guidelines say. (However, the CDC says that “natural” or “lambskin” condoms, while protecting against pregnancy, may not provide protection against HIV or a sexually transmitted infection or STI.)

“It does not have to be a controversial position,” Grubb said. “There is no evidence that providing contraception to adolescents makes them more sexually active or promotes risky behavior.

It’s also important to provide teens with clear, easy to follow instructions on the use of condoms and other barrier protection. The CDC provides illustrations on the right way to use a male condom, a female condom, and a dental dam for oral sex on its website.

The AAP also recommends pediatricians tell teens that “abstaining from sexual intercourse as the most effective way to prevent genital STIs, as well as HIV infection, and unintended pregnancy.”

In a separate paper also published Monday in Pediatrics, the AAP tackled the issue of providing teens with up-to-date information on the use of long-acting reversible contraception, or LARC.

Providing teens with effective contraception has been associated with declines in unplanned pregnancy, the AAP says, yet only 2% to 3% of sexually active adolescents use long-acting reversible contraception.

Part of that is a lack of knowledge on the part of teens. The paper said studies show only 20% to 50% of girls this age know about the possibility of an implantable device.

Pediatricians and other health care providers often fail to tell teens about the pros and cons of LARC during contraception counseling, “either due to provider discomfort with discussing the details of LARC, an erroneous belief that they are not safe, or a predetermination that the adolescent will not be interested in this contraceptive method,” said obstetrician/gynecologist Dr. Seema Menon, the author of the AAP clinical report.

However, these methods have been shown in studies to be “safe and highly effective with a high rate of satisfaction among users,” Menon said, adding that the AAP is encouraging health care providers to include information about LARCs when counseling teens on pregnancy prevention.

LARC’s are considered 99% effective in pregnancy protection, according to the CDC. That’s compared to 93% for birth control pills, the vaginal ring and patch; 87% for male condoms; and 79% for female condoms.

Less than 5% of teens on birth control used the most effective types. “Teens most often use condoms and birth control pills, which are less effective at preventing pregnancy when not used consistently and correctly,” the CDC reported.

Another plus for LARCs: Once inserted, they require no daily effort from the user and unlike sterilization, can be reversed when a woman is ready to have a child.

The LARC options include the subdermal hormonal implant called Nexplanon, which once implanted into the upper arm protects against pregnancy for five years; and five different intrauterine devices, known as IUD’s, which are inserted in the cervix.

One of those, the non-hormonal IUD called ParaGuard, can last for up to 10 years. On it, “teens will experience a monthly menses … which some cite as an important factor when selecting a method,” said Menon, who focuses on pediatric adolescent gynecology at Froedtert Hospital and the Medical College of Wisconsin.

The other four IUDs, Skyla, Kyleena, Mirena, and Liletta, are progestin hormonal options which can last for three to 10 years.

“Side effects such as mood, weight, and hair changes are minimal,” Menon said. The Nexplanon and the hormonal IUDs have the benefit of reducing menstrual blood loss and cramping monthly whereas the Paraguard does not have this benefit.”

In addition, she said “The progestin IUD and subdermal implant are also important treatment options for teens with irregular or absent periods from conditions such as PCOS (polycystic ovary syndrome), as they restore a healthy balance of hormones, ultimately preventing the development of endometrial (uterine lining) abnormalities in the future.”

Of course, the big limitation in all of these long acting options is that they provide absolutely no protection against STIs and HIV. That’s why the clinical paper was released with the new barrier guidelines, Menon said.

“The point of this section is to emphasize the importance of providing STI prevention education and promoting condom use during contraception counseling,” Menon said.

“While providers may feel less of a need to discuss a ‘back up’ contraception method when an adolescent selects a LARC method, the important role condoms play in STI prevention is critical to discuss.”

The use of long-acting reversible contraception implants are endorsed by the US Centers for Disease Control and Prevention, the American College of Obstetricians and Gynecologists, the Society for Adolescent Health and Medicine and the AAP, among others. 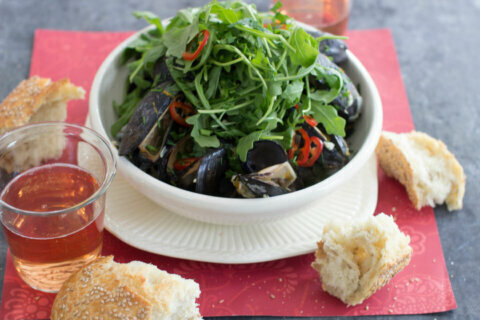 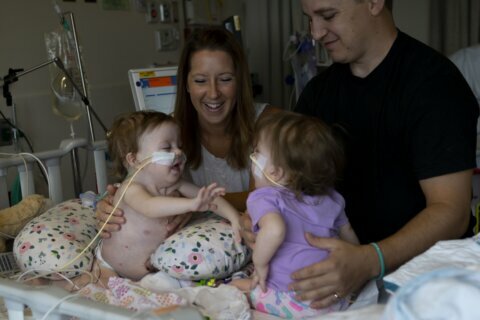