LONDON (AP) — A study of former professional soccer players in Scotland finds that they were less likely to die of common causes such as heart disease and cancer compared with the general population but more likely to die from dementia. The results raise fresh concerns about head-related risks from playing the sport — at least for men at the pro level.

Researchers from the University of Glasgow reported the results in the New England Journal of Medicine on Monday. They compared the causes of death of 7,676 Scottish men who played soccer with 23,000 similar men from the general population born between 1900 and 1976. Over a median of 18 years of study, 1,180 players and 3,807 of the others died.

The players had a lower risk of death from any cause until age 70.

However, they had a 3.5 times higher rate of death from neurodegenerative diseases such as Alzheimer’s or Parkinson’s. In absolute terms, that risk remained relatively small — 1.7% among former players and 0.5% for the comparison group.

Former players also were more likely to be prescribed dementia medicines than the others were.

The results “should not engender undue fear and panic,” Dr. Robert Stern, a Boston University scientist who has studied sports-related brain trauma, wrote in a commentary published in the journal.

The findings in professional players may not apply to recreational, college or amateur-level play, or to women, Stern noted.

“Parents of children who headed the ball in youth or high-school soccer should not fear that their children are destined to have cognitive decline and dementia later in life. Rather, they should focus on the substantial health benefits from exercise and participation in a sport that their children enjoy,” while also being aware of the risks of head-balling, Stern wrote.

English Football Association chairman Greg Clark said “the whole game must recognize that this is only the start of our understanding and there are many questions that still need to be answered. It is important that the global football family now unites to find the answers and provide a greater understanding of this complex issue.”

The association and players’ union sponsored the study.

“We need to kick on now and understand what it means, because that’s all an awful lot we don’t know,” English FA chief executive Mark Bullingham said. “We don’t know if concussion was the cause or whether it was heading or whatever or whether it’s the old heavy ball or something entirely different.”

But the association’s medical advisory group has not deemed it necessary to issue to change how the game is played, even reducing heading among younger age groups.

“In youth football, you might want to reduce the likelihood of aerial challenges,” Bullingham said. “But our research shows this has already been reduced significantly over the years as we change to small size of pitches, move to possession-based football and now rolling substitutes.”

Referees across all levels can stop games for three minutes to fully assess head injuries, but some experts believe that is not long enough. The English FA also is pushing soccer’s global lawmaking body for the introduction of concussion substitutes, with an additional player switch or as a temporary replacement.

Campaigning to discover more about the long-term impact of head injuries in soccer has been led in England by the family of former England striker Jeff Astle, whose death at age 59 in 2002 was attributed to repeatedly heading heavy, leather balls. In 2017, a British study of brains of a small number of retired players who developed dementia highlighted the degenerative damage possibly caused by repeated blows to the head. 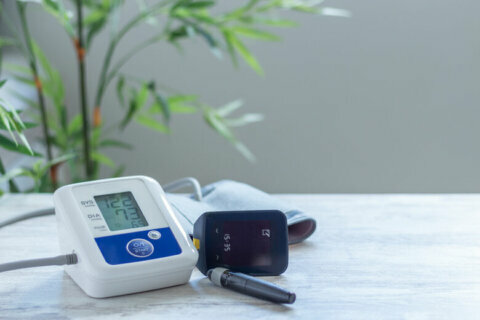