Max Domi, the son of an NHL player, didn’t get star struck much. Then at age 13, he met Bobby…

Max Domi, the son of an NHL player, didn’t get star struck much.

“My jaw hit the floor, and I was just in shock,” Domi said.

“What him taking a minute out of his day and sharing his story did for me, I was like, ‘Man, if I ever make the NHL or have an opportunity to help kids out, I want to do the same thing,'” Domi said. “I started out meeting with kids and sharing my story and talking to them and trying to motivate them like, ‘Listen, whatever you want to do in life, you can still do despite having diabetes.'”

Domi is now in his fourth NHL season and second with the Montreal Canadiens. His book, “No Days Off,” comes out Oct. 29 and encapsulates in print what the 24-year-old does to play hockey with diabetes and the lessons he tries to deliver to children.

“I never say what they should do, ever. I just tell them what I’ve done, what’s worked, what hasn’t worked,” Domi said. “I meet with kids almost after every game. That’s just how it is. I like doing it. I enjoy doing it. I take pride in it. I want to keep doing it and growing from that and finding ways to raise money and awareness for something that I deal with on a daily basis and I can relate to a lot of kids out there.”

Domi’s journey was jumpstarted by Clarke, who was diagnosed at 13 when growing up in Manitoba.

Like Domi, he was much more focused on staying on the ice than how diabetes would affect the rest of his life.

“I said to the doctor who had diagnosed me and was looking after me, ‘I’ll still be able to play hockey, eh?'” Clarke said. “And he said, yeah. He said, ‘You might want to think of playing goal. It might be easier on you.’ That thought never crossed my mind. … I just said, well I’m going to play hockey.”

Clarke continued to play center and put up 1,210 points over 15 seasons with the Philadelphia Flyers. He didn’t really think about becoming a goaltender.

Neither Domi nor Clarke remembers what the conversation went like that day at the rink 11 years ago. But if it’s anything close to what has gone through Clarke’s mind for the past half-century, it was a pretty clear message.

Domi goes through a 24-hour routine to play each game and knows he has the benefit of modern technology that Clarke lacked in the 1960s, ’70s and early ’80s. Despite all that, Clarke recalls only twice — once in juniors and once in training camp — where he felt the effects of diabetes because he “got stupid and didn’t eat.”

“It was fairly simple in those days,” Clarke said. “There was only one type of insulin. You couldn’t test your own blood sugars and stuff. Not like they can today. The equipment they have today is so much advanced. In those days, I took a needle in the morning and tried to balance the food out the best I could with the insulin that I was taking. I’m sure that my blood sugars must’ve run high — fairly high, I don’t know how high.”

Clarke keeps track of Domi’s career and remembers the standard he held himself to years ago.

Domi, with 207 points in 304 regular-season games, is doing just fine. But each day is a constant reminder of the challenges ahead and the impact he can make.

“There’s days where I feel sorry for myself, just like everyone does — ‘it’s not fair, why me’ kind of thing,” Domi said. “I’m like, what am I talking about? This is awesome. Let’s turn this into a positive. Let’s make this like a blessing in disguise and use all the positives that come with being a type 1, the responsibilities that come with it, and drive me to achieve my dreams of playing in the NHL. And that’s kind of where it goes.”

Joe Pavelski recorded one secondary assist in his first four games with the Dallas Stars since signing a $21 million, three-year contract. Change is hard, and the longtime Sharks forward is quickly realizing he’s not in San Jose anymore.

“There’s a lot of simple adjustments,” Pavelski said Tuesday. “It’s not completely natural. But it’s at a good spot where I feel it’s right there, right around the corner. Just keep going, get a little production and you get that confidence to really kind of take it to another level.”

Dallas coach Jim Montgomery likened it to Hall of Fame pitcher Steve Carlton needing to get accustomed to new catchers when he moved around the majors.

“It’s the nuances of the game, of getting to know people, that comfort level of understanding when this guy has the puck, I go here, I’m going to get the puck,” Montgomery said. “That just takes time.” 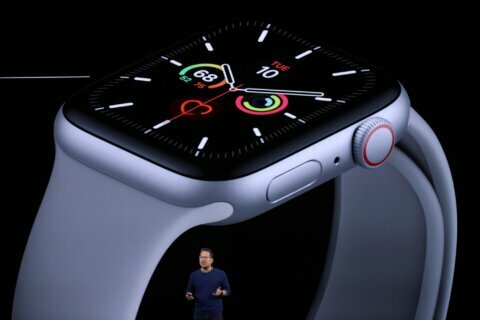