Time of triumph for GOP turns into ‘distraction’ with Santos

It should be a time of triumph for Republicans ready to take back control of the House in the new Congress next week, but their leaders are struggling with an embarrassing distraction about one of their own: What to do about George Santos?
Listen now to WTOP News WTOP.com | Alexa | Google Home | WTOP App | 103.5 FM

WASHINGTON (AP) — It should be a time of triumph for Republicans ready to take back control of the House in the new Congress next week, but their leaders are struggling with an embarrassing distraction about one of their own: What to do about George Santos?

Weeks after winning a district that helped Republicans secure their razor-thin House majority, the congressman-elect is under investigation in New York after acknowledging he lied about his heritage, education and professional pedigree as he campaigned for office.

The top House Republican Rep. Kevin McCarthy of California, and his leadership team have kept silent about Santos, who is set to take the oath of office Tuesday, even after he publicly admitted to fabricating swaths of his biography. The now-embattled Republican has shown no signs of stepping aside, punting the decision to hold him accountable to his party and to the Congress, where he could quickly face a House ethics committee investigation once sworn into office.

Representatives for McCarthy, who is running to become the next House speaker, did not respond when asked what action he may take relating to Santos. On Tuesday, Santos was asked on Fox News about the “blatant lies” and responded that he had “made a mistake.”

Democrats, who will be in the minority during the upcoming session, are expected to pursue several avenues against the 34-year-old Santos, including a potential complaint with the Federal Election Commission and introducing a resolution to expel him once he’s a sitting member of Congress, according to a senior Democratic aide who spoke on the condition of anonymity to discuss internal deliberations.

“We need answers from George Santos. He appears to be a complete and utter fraud. His whole life story is made up,” the incoming House Democratic leader, Rep. Hakeem Jeffries of New York, told reporters last week. “He’s gonna have to answer that question: Did you perpetrate a fraud on the voters of the 3rd Congressional District of New York?”

Questions were first raised about Santos earlier this month when The New York Times published an investigation into his resume and found a number of major discrepancies. Since then, Santos has admitted lying about having Jewish ancestry, lying about working for Wall Street banks and lying about obtaining a college degree.

Santos has yet to address other lingering questions, including the source of a personal fortune he appears to have amassed quickly despite recent financial problems, including evictions and owing thousands in back rent.

Santos in November won a seat in the Long Island area represented by Democratic Rep. Tom Suozzi, making headlines as the first non-incumbent, openly gay Republican to be elected to Congress.

If Santos assumes office, he could still face an investigation by the House ethics committee, which is responsible for reviewing allegations of misconduct by lawmakers. The committee, evenly decided between the parties, has the authority under the chamber’s rules to subpoena members for testimony or documents, and lawmakers are required to comply.

Tom Rust, a committee spokesman, declined to comment this week on whether the committee can or would investigate Santos. Despite his actions occurring before joining the House, the committee has over the years held that it may investigate matters that violated laws, regulations or standards of conduct during an initial campaign for the House.

But an ethics complaint may end up being the least of Santos’ problems.

Federal prosecutors in New York have started to examine Santos’ background and his financial dealings, a person familiar with the matter said Thursday. The person, who cautioned the review was in its early stages, said prosecutors were specifically interested in earnings that Santos accrued and are reviewing campaign finance filings.

The person was not authorized to publicly discuss details of the ongoing review and spoke on condition of anonymity.

The district attorney in Nassau County, New York, announced on Wednesday an investigation into the fabrications Santos made while campaigning to represent the state’s 3rd district, which includes some Long Island suburbs and a small part of the New York City borough of Queens.

Nassau County District Attorney Anne T. Donnelly, a Republican, said the fabrications and inconsistencies were “nothing short of stunning.”

“The residents of Nassau County and other parts of the third district must have an honest and accountable representative in Congress,” she said. “If a crime was committed in this county, we will prosecute it.”

And on Thursday, the Queens County district attorney’s office said it was looking into whether any laws were broken by Santos.

“We are reviewing whether Queens County has jurisdiction over any potential criminal offenses,” said a spokesperson for the agency, who did not want to be named because they were speaking about an open investigation.

Rep.-elect Nick LaLota, a Republican whose district borders Santos’, issued a statement Wednesday calling for an ethics investigation into the allegations. “New Yorkers deserve the truth and House Republicans deserve an opportunity to govern without this distraction.” 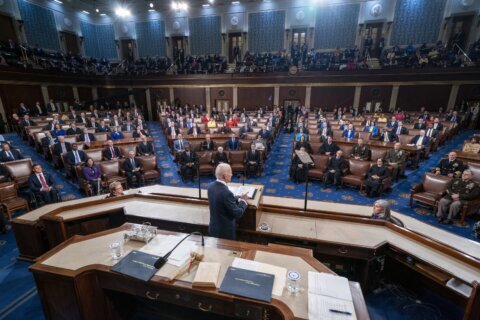