Jury selection for Proud Boys trial to resume next month

WASHINGTON (AP) — Jury selection for the seditious conspiracy trial of former Proud Boys leader Enrique Tarrio and four lieutenants will resume in early January after a holiday break, according to court records.

The judge presiding over the case against the far-right extremist group members questioned prospective jurors for a fifth day on Friday. U.S. District Judge Timothy Kelly has been asking them about their opinions of the Proud Boys and the Jan. 6, 2021, attack on the U.S. Capitol.

Jury selection is scheduled to resume on Jan. 3.

Tarrio and the four other Proud Boys members are charged with conspiring to stop the peaceful transfer of presidential power by storming the Capitol on Jan. 6 and trying to block Congress from certifying President Joe Biden’s 2020 electoral victory.

Before jury selection started on Monday, Kelly denied a request by defense attorneys to postpone the start of the trial until the new year. The defense lawyers expressed concern that the jury pool could be tainted by news coverage of a House committee’s decision on Monday to urge the Justice Department to bring criminal charges against former President Donald Trump.

The trial for the Proud Boys is expected to last at least six weeks. Opening statements will begin more than a month after a jury convicted two leaders of another extremist group, the Oath Keepers, of seditious conspiracy for what prosecutors said was a separate plot to stop the transfer of presidential power from Trump to Biden.

Tarrio, of Miami, was the national chairman of the Proud Boys on Jan. 6. He wasn’t in Washington that day, but prosecutors claim he kept command over the Proud Boys who attacked the Capitol and cheered them on from afar.

Tarrio and the others on trial — Ethan Nordean, Zachary Rehl, Dominic Pezzola and Joseph Biggs — are charged with other riot-related crimes besides seditious conspiracy. The sedition charge carries a maximum sentence of 20 years in prison.

Follow AP’s coverage of the Capitol riot at: https://apnews.com/hub/capitol-siege. 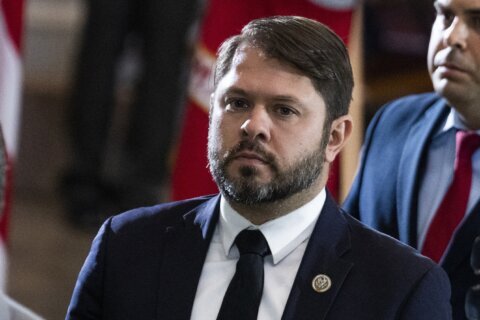