WASHINGTON (AP) — A watchdog investigation initiated after the tax returns of two former FBI directors were subjected to intensive audits during the Trump administration has concluded that the reviews from those years were conducted at random.

The Treasury Inspector General for Tax Administration said Thursday that its review had determined that the Internal Revenue Service had selected tax returns at random for its National Research Program audits in 2017 and 2019.

The watchdog said in its report that it had “confirmed that the processes and computer programs worked as designed, which reduces the ability to select specific taxpayers for an NRP audit.”

The NRP program is designed to select tax returns at random for an intrusive audit as a way to measure “compliance for different types of taxes and various sets of taxpayers,” according to the inspector general report.

The inspector general review was begun after a New York Times report in July that former FBI Director James Comey’s 2017 tax return was subjected to an audit under the NRP program, as was the 2019 return of Andrew McCabe, a former FBI acting director. The report released Thursday did not cite either of them by name.

Both FBI officials drew the ire of President Donald Trump over the FBI’s investigation into ties between Russia and Trump’s 2016 campaign. Trump fired Comey in May 2017, months after the Russia probe had been initiated. McCabe, then his deputy, replaced Comey on an acting basis but was fired the following year by the Justice Department.

Comey declined to comment, and a lawyer who has represented McCabe did not immediately return an email seeking comment. 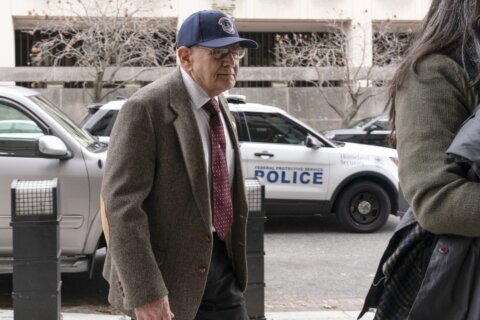