Holidays: Where to see holiday lights | Santa's back with inflation, inclusion on his mind | 4 ways to limit your holiday debt | Inflation 'definitely a guest' at holiday celebrations this year
Home » Government News » Judge tosses impeachment witness's…

WASHINGTON (AP) — A judge on Tuesday dismissed a lawsuit that accused Donald Trump’s oldest son and other Trump allies of an intimidation and defamation campaign targeting a retired Army lieutenant colonel who served as a key witness in the former president’s first impeachment case.

Alexander Vindman testified during 2019 impeachment proceedings about a phone call in which Trump pressed his Ukraine counterpart to investigate Democratic rival Joe Biden and his son, Hunter. Trump was impeached by the House but acquitted by the Senate in February 2020.

He sued earlier this year in Washington’s federal court, accusing Donald Trump Jr. and others of participating in an “intentional, concerted campaign of unlawful intimidation and retaliation” over his decision to testify.

In his ruling Tuesday, U.S. District Judge James Boasberg acknowledged that the “defendants leveled harsh, meanspirited, and at times misleading attacks” against Vindman. But, he said, “political hackery alone does not violate” the law and allow for a successful lawsuit.

Besides Trump Jr., other defendants include Rudy Giuliani, a longtime Trump adviser who has served as Trump’s lawyer; and former White House communications officials Dan Scavino and Julia Hahn.

Vindman, an Iraq war veteran whose family fled the Soviet Union when he was a child, was a key impeachment witness, testifying that he twice raised concerns over the Trump administration’s push to have Ukraine investigate Biden. After listening to the July 2019 call between Trump and Ukraine leader Volodymyr Zelenskyy, he said he reported his concerns to a lawyer at the National Security Council.

The suit alleged that after Vindman was summoned by House lawmakers to testify, the defendants and others coordinated and advanced “false narratives” about him, including that he was a spy for Ukraine and had spoken pejoratively about the U.S. to foreign officials; leaked classified information about him; falsely accused him of lying under oath; and worked to derail his expected promotion to colonel.

Vindman said in the suit that he swiftly became a “household name” thanks to a intimidation campaign laden with falsehoods.

But Boasberg said that even if the facts show the defendants had a common motive of defending Trump during his impeachment proceedings, they do not prove that they united with a specific goal of intimidating Vindman from testifying or doing his job.

The defendants’ actions, he wrote, “suggest only that defendants were looking for ways to undermine his credibility — not the further conclusion that defendants had the specific aim to intimidate him out of testifying or performing functions of his job, or to unlawfully injure him by defaming him or otherwise.

Vindman announced in July 2020 that he was retiring from the Army after more than 21 years, and at the time raised similar allegations of harassment, bullying and intimidation as in the lawsuit. He has since come out with a book about his experiences, titled, “Here, Right Matters: An American Story.” 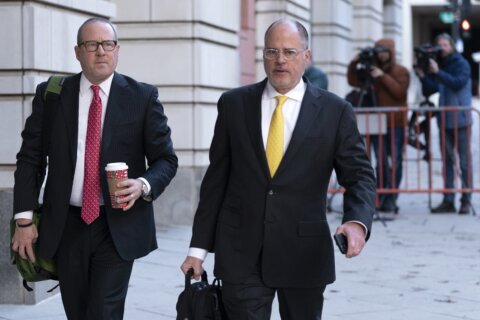 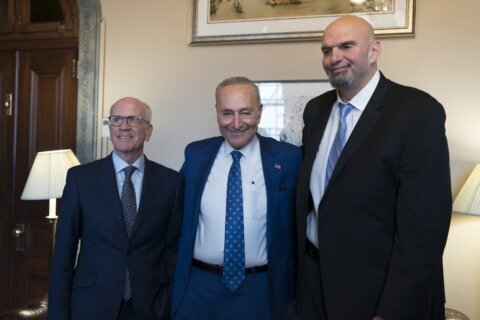