NEW YORK (AP) — Democrats have created a super PAC in New York to boost incumbent Gov. Kathy Hochul, a sign of the party’s growing fears that a late-stage surge by her Republican opponent Lee Zeldin could result in an upset in the blue state.

The committee created Friday by the Democratic Governors Association comes as both parties have deployed more resources and political stars in New York as ballots have started being cast in a surprisingly competitive race.

The notion that the governor’s office would be winnable for Republicans in New York, where there are twice as many Democrats as Republicans and a GOP governor has not been elected in 20 years, is the latest warning for Democrats that they could face deep losses in this year’s midterm elections.

Zeldin, a congressman and ally of former President Donald Trump, has tightened the race in recent weeks after focusing for months on rising violent crime in New York. He has been campaigning around the state, holding a large rally in GOP-friendly Long Island over the weekend with Florida Gov. Ron DeSantis and a Monday rally in a New York City exurb with Virginia Gov. Glenn Youngkin.

“This is about all of you taking control your government again,” Zeldin told the crowd at his rally Monday.

Hochul, in turn, has brought on former President Barack Obama to appear in a new radio ad on her behalf and is planning a Thursday rally with Hillary Clinton in New York City. That’s on top of a series of rallies she held around the state over the weekend, including a Sunday rally with New York City Mayor Eric Adams in Queens.

“Tell them you want someone who cares, and is not going to put more guns on the street, someone who is going to respect women’s rights, and lift our people up, and does not support the overturning of Joe Biden’s election,” Hochul said at the Sunday event.

Hochul has held a heavy fundraising advantage over Zeldin for much of the race, but Zeldin has been buffeted by spending from outside groups that have received donations from the Republican Governors Association and about $9 million from Estée Lauder heir Ronald Lauder.

“Republican Super PACs have spent a record amount of nearly $12 million to insert a election denying, abortion banning, MAGA Republican who would make New York less safe by rolling back laws to take illegal guns off the street,” David Turner, a spokesman for the Democratic Governors Association, said in a statement. “The DGA is taking nothing for granted, and won’t sit idly by.”

Turner did not detail how much the committee plans to spend.

The most recent campaign finance reports covering three weeks in October show that Zeldin outraised Hochul by bringing in $3.6 million to her $3.4 million, according to The New York Times.

Siena College polling since July, including as recently as mid-October, has shown Hochul with a significant lead over Zeldin. But other recent polls have suggested Hochul has only a modest advantage.

Hochul, who took over as governor in August 2021 after former Gov. Andrew Cuomo resigned amid sexual harassment allegations, is trying to win the office outright this year, which would make her the first woman to be elected New York governor.

But Hochul has had a lower profile than her predecessor and has been working to introduce herself to New Yorkers over the past year.

She initially focused her campaign heavily on her support for abortion rights and highlighting Zeldin’s alliance with Trump and his vote as a member of the U.S. House against certifying Joe Biden’s 2020 election victory. In recent weeks, she has been speaking more about public safety and stepped up her efforts to portray Zeldin as “extreme.”

Zeldin, meanwhile, has focused on rising crime rates and a string of high-profile violent incidents, including some killings on the New York City subways. He blames Hochul and Democrats in Albany for not being tough enough on criminals.

Rates of violent crime and killings have broadly increased around the U.S. since the coronavirus pandemic, in some places climbing from historic lows.

Rates of murder, rape, robbery and assault have all increased across New York since the pandemic, and all of those crimes except robbery have increased from 2012 to 2021, according to New York state data.

New York Police Department data shows that in New York City, murder rates are lower than they were two years ago, but rates of rape, robbery, assault and burglary are all up. Crimes on the transit system are also up, but the crimes represent a small fraction of the passengers on the subway system and come as ridership has also increased. 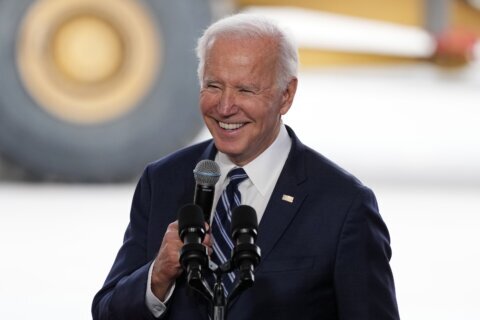