In a community college gymnasium in an affluent Philadelphia suburb, John Fetterman strode on to a makeshift stage to cheers and stood at a podium beneath a massive “Women for Fetterman” banner.
Listen now to WTOP News WTOP.com | Alexa | Google Home | WTOP App | 103.5 FM

BLUE BELL, Pa. (AP) — In a community college gymnasium in an affluent Philadelphia suburb, John Fetterman strode on to a makeshift stage to cheers and stood at a podium beneath a massive “Women for Fetterman” banner.

As the crowd of mostly women looked on, Fetterman unfurled a pink T-shirt emblazoned with his Democratic Senate campaign’s familiar industrial-style lettering.

“My name is John —” he shouted, craning his neck to read the front of the shirt — “Fetterwoman!” The crowd roared in appreciation.

With the fall campaign election season kicking into high gear, Fetterman and his Republican rival, Dr. Mehmet Oz, are making a beeline for Philadelphia’s heavily populated suburbs. The candidates in one of the nation’s premier Senate races are holding rallies, bringing in surrogates and launching hard-edged TV ads aimed at wooing influential swing voters, particularly women.

For decades, Philadelphia’s suburbs have been an important indicator of success for statewide candidates in the presidential battleground state, with the large number of swing voters there.

In the 2020 presidential election, the onetime Republican stronghold was decisive in President Joe Biden’s victory in Pennsylvania, with moderate GOP voters joining with Democrats to produce an insurmountable deficit for Donald Trump.

For Oz, a celebrity heart surgeon and the former host of the daytime TV show “The Dr. Oz Show,” turning around Trump’s suburban slump and gaining ground with moderates is critical: Polls show he is not just trailing Fetterman, but also other down-ballot Republican candidates, campaign strategists say.

Fetterman has made abortion rights a prominent theme in the suburbs to invigorate female voters after the U.S. Supreme Court overturned Roe v. Wade in June. Oz, meanwhile, avoids mention of Trump or abortion in the suburbs but paints Fetterman as soft on crime and unfit to serve because of a stroke he suffered in May.

A few days after rallying with Trump in northeastern Pennsylvania, Oz appeared with former U.N. Ambassador Nikki Haley, a potential 2024 Republican presidential candidate, at a “Dose of Reality” town hall in Delaware County.

Besides airing a laundry list of grievances with national Democrats and Biden, Haley, Oz and other speakers at the Springfield banquet hall warned the crowd that Fetterman wanted to make their communities less safe.

“He’s out trying to release people who’ve been convicted by a jury and sentenced by a judge for murder,” Oz said.

Fetterman, as lieutenant governor and chair of the state Board of Pardons, has pushed for more commutations of life sentences for people convicted decades ago of murder or as accessories to murder.

They lampooned Fetterman’s typical choice of dress — shorts and a hoodie — and suggested that Fetterman is avoiding reporters and debates because he is lying about the severity of the stroke’s effects.

“If he can’t live up to 110% of the job, he should have the courage to step out and say, ‘I can’t do it,’” Haley said. “But let me tell you someone who can do it,” she said, calling Oz a “pro-family, pro-child, pro-parent, pro-education, pro-business freedom fighter.”

Fetterman’s campaign maintains that he is expected to make a full recovery — he still speaks haltingly and struggles to quickly respond to words he hears — and that Oz is desperately trying to find anything to help him make up ground in polls.

Meanwhile, as Oz tries to shift the focus of the campaign away from abortion rights, the issue shows no sign of waning from voter’s minds. On Tuesday, Republican Sen. Lindsey Graham of South Carolina proposed a federal 15-week abortion ban bill, which Democrats seized on as an example of the extreme policies that Republicans will pursue if they win control of Congress in November.

In a statement issued after Graham’s proposal, Oz — who has said he opposes abortion from conception, but with exceptions to protect the life of the mother and in cases of rape and incest —sidestepped a direct answer on what he thought of the bill.

“As a senator, he’d want to make sure that the federal government is not involved in interfering with the state’s decisions on the topic,” Oz’s campaign said in the statement.

Noting Oz avoided saying whether he would support Graham’s bill, Fetterman suggested that Oz’s position of leaving the issue up to the states would result in far stricter bans in some places.

Fetterman’s campaign says the abortion issue will be decisive in November — helping counter inflation and national political headwinds for Democrats — and featured it at Sunday’s “Women for Fetterman” event in the gymnasium of Montgomery County Community College.

In interviews in suburban Philadelphia, voters who support abortion rights said they would vote for Fetterman.

For Sheila Dougherty, 50, a registered Democrat from Clifton Heights, Oz’s position on abortion is a nonstarter.

“I’ll always vote for the candidate who is for women’s rights, so I won’t be voting for a Republican,” Dougherty said.

Donna McMenamin, 66, a Republican from Folsom who supports abortion rights, said she was worried by one attack ad she saw on TV that claims Fetterman wants to release state prison inmates who are hardened criminals — which Fetterman’s campaign has called a lie. He has endorsed recommendations by prison reformers that the state can release more geriatric or rehabilitated prisoners without harming public safety.

Still, she said the most important factor in her vote was rejecting any candidate aligned with Trump, whom she detests. Instead, she will vote for Fetterman this year “because he’s not a Republican.”

For Oz supporters in the suburbs, his stance on crime and abortion — and whether they agree with it — is less important than other issues.

Steve Erfle, 51, a Republican from Blue Bell, said he will vote for Oz and other Republicans on the ballot — regardless of any other disagreements he has with them — because he wants smaller government and worries that “things have gone a little far left.”

“They’re not my best friends, I just want their policies,” he said.

Diane Wysocki, 50, leaving Oz’s event in Springfield with an Oz lawn sign under her arm, said she agrees with Oz’s stance on abortion. But more than that, she appreciated Trump’s endorsement of Oz and sees Oz as savvy and genuine.

Still, she worried about whether her fellow suburbanites will embrace Oz, noting that many of her neighbors are Democrats and that even some Republicans she knows think that Oz — a recent New Jersey transplant — is just running because he’s wealthy.

“If I put this out on my lawn,” Wysocki said, motioning to her Oz sign, “this is very scary to people.” 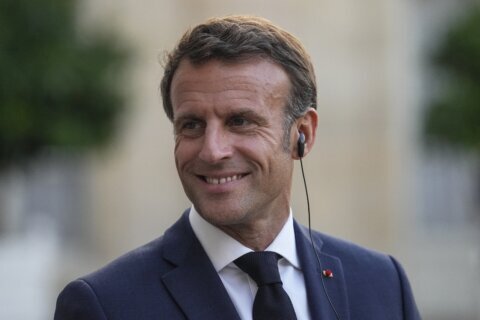 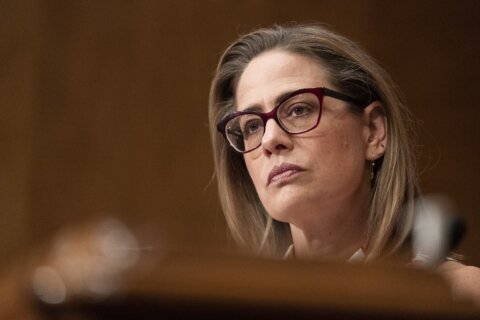