LANSING, Mich. (AP) — A Michigan elections board decided Wednesday that a proposed constitutional amendment that would expand voting access didn’t qualify for the November ballot, leading the measure’s supporters to vow to appeal the decision to the state Supreme Court.

The proposal comes as Republicans in the presidential battleground state and across the U.S. are pushing to tighten restrictions on voting, claiming without evidence that elections are wrought with fraud. That includes the 2020 election, when then-President Donald Trump lost Michigan and the presidency to Joe Biden.

The four-member Michigan Board of State Canvassers deadlocked Wednesday along a 2-2 party-line vote, meaning the measure will not appear on the ballot. The board’s two Democratic members said it should go before voters, while the two Republican members opposed it, saying some of the measure’s language was unclear.

Promote the Vote 2022, the organization behind the proposed ballot initiative, said it was “extremely disappointed” with the decision. The group submitted petitions with about 670,000 signatures, well over the roughly 425,000 required.

“This is a disservice to the people of Michigan and is indicative of the obstructionist partisan politics that have taken over truly non-partisan issues like election reform and equal access to the ballot,” said Khalilah Spencer, board president for Promote the Vote 2022.

Republicans have opposed the initiative. They support stricter voter ID requirements for in-person and absentee voting, and want to stop the mailing of unsolicited absentee ballot applications. Gustavo Portela, a state party spokesman, called the ballot initiative “a dangerous proposition” that would open the door for fraud.

It wasn’t immediately clear when Protect the Vote would file its appeal to the Democratic-leaning Michigan Supreme Court. Groups have seven business days following a Board of State Canvassers’ decision to appeal to the high court. The ballot must be finalized by Sept. 9. 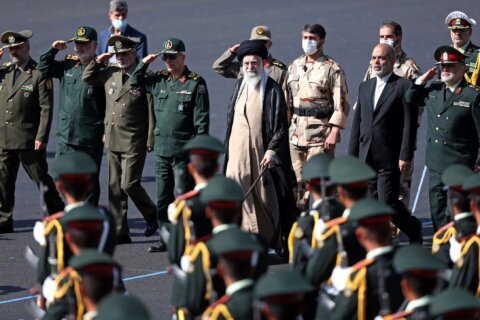 US hits Iran with more sanctions over Mahsa Amini death

Report: Mom of Walker’s child says he paid for her abortion