President Joe Biden on Tuesday railed against the “MAGA Republicans in Congress” who have refused to condemn the Jan. 6, 2021, assault on the U.S. Capitol and now are targeting the FBI as he tried to portray Democrats as the true pro-law enforcement party ahead of the November midterms.
Listen now to WTOP News WTOP.com | Alexa | Google Home | WTOP App | 103.5 FM

WILKES-BARRE, Pa. (AP) — President Joe Biden on Tuesday railed against the “MAGA Republicans in Congress” who have refused to condemn the Jan. 6, 2021, assault on the U.S. Capitol and now are targeting the FBI as he tried to portray Democrats as the true pro-law enforcement party ahead of the November midterms.

In remarks initially billed as a crime-prevention speech, Biden seized on comments from allies of former President Donald Trump who have called for stripping funding from the FBI since it executed a search warrant at Trump’s Florida residence. Biden’s remarks were the first substantive defense he has made of the FBI since the Aug. 8 search at Mar-a-Lago, which triggered not just withering criticism of the agency but threats of violence against its employees.

It was a notably different tack for Biden, who has steered clear of extensively commenting on any element of the Justice Department’s investigation since federal agents conducted the search at Trump’s estate. Biden also appeared to call out — without naming him — recent comments from Sen. Lindsey Graham, R-S.C., who warned of “riots in the streets” should Trump ultimately face prosecution.

“The idea you turn on a television and see senior senators and congressmen saying, ‘If such and such happens there’ll be blood on the street’?” Biden said. “Where the hell are we?”

The speech Tuesday continued Biden’s aggressive rhetoric against the GOP ahead of the midterms, as Democrats enjoy a slightly brighter political environment buoyed by significant legislative accomplishments and a presidential approval rating that has trended slightly upward. During a political rally in the Washington suburbs last week, Biden likened Republican ideology to “semi-fascism.” He is set to deliver a democracy-focused speech on Thursday in Philadelphia that the White House has said “will make clear” who is fighting for democratic values.

As he has done before, Biden on Tuesday criticized GOP officials who have refused to denounce the pro-Trump rioters who breached the U.S. Capitol nearly 20 months ago. Referencing Trump’s “Make America Great Again” slogan, Biden said, “Let me say this to my MAGA Republican friends in Congress: Don’t tell me you support the law enforcement if you won’t condemn what happened on the 6th.”

The campaign-style speech near Biden’s birthplace was the first of three visits by the president in less than a week to the state that is home to a competitive governor’s race and a U.S. Senate contest that could help determine whether Democrats will keep their majority in the chamber. Trump is hosting his own rally in Pennsylvania on Saturday.

Democrats believe Pennsylvania is their strongest opportunity to flip a Senate seat currently held by Republicans. Meanwhile, the open race for governor will give the winner power over how 2024’s presidential election is run in a battleground state that is still buffeted by Trump’s baseless claims that Democrats fraudulently stole the 2020 election from him.

Biden’s comments on the FBI come as his son Hunter faces a federal investigation for tax evasion. He has not faced any charges, and he’s previously denied wrongdoing.

The president also used his remarks Tuesday to promote his administration’s crime-prevention efforts and to continue to pressure Congress to revive a long-expired federal ban on assault-style weapons. Democrats and Republicans worked together in a rare effort to pass gun safety legislation earlier this year after massacres in Buffalo, New York, and Uvalde, Texas. They were the first significant firearm restrictions approved by Congress in nearly three decades, but Biden has repeatedly said more needs to be done.

“We beat the NRA. We took them on and beat the NRA straight up. You have no idea how intimidating they are to elected officials,” an animated Biden said. “We’re not stopping here. I’m determined to ban assault weapons in this country! Determined. I did it once before. And I’ll do it again.”

As a U.S. senator, Biden played a leading role in temporarily banning assault-style weapons, including firearms similar to the AR-15 that have exploded in popularity in recent years, and he wants to put the law back into place. Biden argued that there was no rationale for such weapons “outside of a war zone” and noted that parents of the young victims at Robb Elementary School in Uvalde had to supply DNA because the weapon used in the massacre rendered the bodies unidentifiable.

“DNA, to say that’s my baby!” Biden said. “What the hell is the matter with us?”

Democrats are trying to blunt Republican efforts to use concern about crime to their advantage in the midterms. It’s a particularly fraught issue in Pennsylvania, a key swing state.

The Republican candidate for governor, Doug Mastriano, accuses Democrat Josh Shapiro of being soft on crime as the state’s twice-elected attorney general, saying Shapiro “stands aside” as homicides rise across Pennsylvania.

Homicides have been increasing in Pennsylvania, but overall crime seems to have fallen over the last year, according to state statistics.

“The real heroes here are the people who put on the uniform every single day,” said Shapiro, who spoke shortly before Biden’s remarks at Wilkes University. “We know that policing is a noble profession, and we know that we need to stand with law enforcement.”

Fetterman has endorsed recommendations that more geriatric and rehabilitated prisoners can be released from state prisons without harming public safety. Oz and Republicans have distorted that into the claim that Fetterman wants to release “dangerous criminals” from prisons or that he’s in favor of “emptying prisons.”

Fetterman’s campaign on Tuesday released a new 30-second ad emphasizing that Fetterman — as mayor of the tiny, impoverished western Pennsylvania steel town of Braddock from 2006 through 2018 — has dealt with street-level crime, and Oz hasn’t. In the ad, Fetterman said he ran for mayor “to stop the violence” after two of his students in an afterschool program were murdered and “I worked side by side with police.”

Fetterman was not in Wilkes-Barre with Biden on Tuesday, but he’s expected to march in Pittsburgh’s Labor Day parade when the president visits Sept. 5. Biden also will be in Pennsylvania on Thursday for a prime-time speech that the White House said will address “the continued battle for the soul of the nation” and defending democracy. 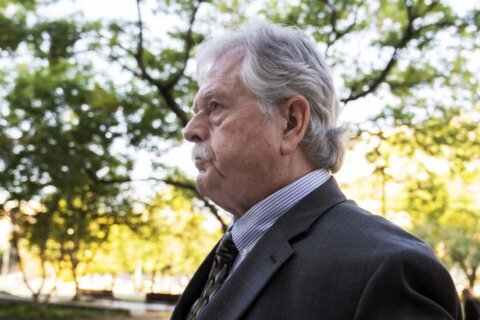 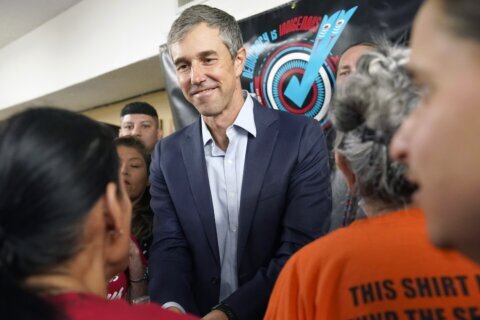 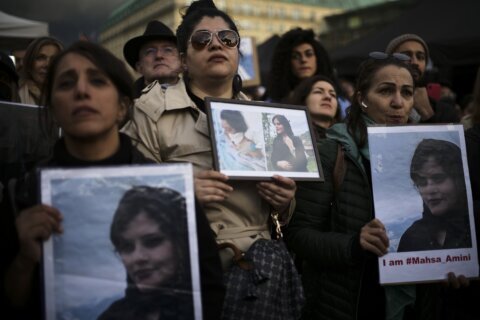