WASHINGTON (AP) — The Justice Department said Friday it is investigating illegal dumping in Houston, including dead bodies and medical waste, that officials said is plaguing Black and Latino neighborhoods in the nation’s fourth largest city.

The investigation will be led by the department’s civil rights division and will examine whether city police and other departments discriminate against Black and Latino residents in violation of federal civil rights laws. Besides bodies, items dumped in majority Black or Latino neighborhoods include appliances, furniture, tires, mattresses and even vandalized ATM machines, Assistant Attorney General Kristen Clarke said at a news conference Friday.

The investigation is the first publicly announced environmental justice action since Attorney General Merrick Garland created an office of environmental justice within the agency in May. The new office is focused on “fenceline communities” in Houston, New Orleans, Chicago and other cities that have been exposed to air and water pollution from chemical plants, refineries and other industrial sites.

Illegal dumpsites not only attract rodents, mosquitos and other vermin that pose health risks, but they can also contaminate surface water and make neighborhoods more susceptible to flooding, Clarke said. They also can lower property values, harm quality of life and even reduce expected lifespans, Clarke and other officials said.

“No one in the United States should be exposed to risk of illness and other serious harm because of ineffective solid waste management or inadequate enforcement programs,” she said.

The Houston investigation will focus on Trinity/Houston Gardens, a predominantly Black and Latino neighborhood in northeastern Houston. Residents frequently complain about illegal dumping there, Clarke said.

Houston Mayor Sylvester Turner said Friday he was “stunned and disappointed to learn about the investigation” by the Justice Department.

“Despite the DOJ’s pronouncements, my office received no advanced notice,” Turner said in a statement, calling the investigation “absurd, baseless and without merit.”

Turner, who is Black, said the city sets a priority to combat illegal dumping, “a practice that we agree disproportionately plagues Black and Brown communities in Houston and many municipalities throughout the country.” The city has spent millions of dollars to fight illegal dumping, Turner said, adding that the problem is overwhelmingly caused by third parties who do not live in the affected neighborhoods.

Mary Benton, a spokeswoman for Turner, said Friday she was “not aware of” dead bodies being dumped anywhere in Houston.

During the first six months of the year, Houston residents called the city’s 311 line more than 5,400 times to complain about illegal dumping, The Houston Chronicle reported. That’s nearly as many complaints as recorded in all of 2021, the newspaper said.

“It’s a huge problem across the entire city,” city council member Martha Castex-Tatum told the paper. Castex-Tatum blamed much of the illegal dumping on landscaping and construction crews or landlords clearing out recently vacated apartments. Besides tires and mattresses, other items frequently dumped include air conditioners, water heaters and major appliances, she said.

The federal inquiry follows a complaint by Lone Star Legal Aid, a nonprofit advocacy group that helps low-income residents in Texas and Arkansas on a range of legal issues, including landlord-tenant disputes, foreclosures, disaster recovery and environmental justice.

Rep. Al Green, D-Texas, whose district includes southwestern Houston, blasted what he called a “rush-to-judgment announcement” by Justice without notifying the city or local members of Congress. His office “fully supports the city of Houston and Mayor Turner’s efforts to ensure all Houstonians live in a safe and healthy environment,” Green said in a statement released by Turner’s office. 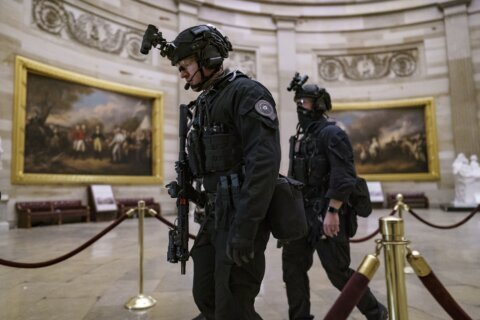