WASHINGTON (AP) — More than a month ago, a stunning leak of a draft opinion by Justice Samuel Alito indicated that the Supreme Court was prepared to take the momentous step of overruling the landmark decision in Roe v. Wade from 1973 and stripping away women’s constitutional protections for abortion.

And that’s just what the court’s conservative majority ended up doing Friday in a ruling likely to lead to abortion bans in roughly half the states.

When the court heard arguments in the abortion case from Mississippi in December, it was clear to observers that there was substantial support among the conservatives for overturning Roe and a second decision that had established and reaffirmed a woman’s right to an abortion.

But even before those arguments and Friday’s decision, the justices had much to say in public about abortion over the years — in opinions, votes, Senate confirmation testimony and elsewhere.

The vote was 6-3 to uphold Mississippi’s law banning most abortions after 15 weeks, but Chief Justice John Roberts didn’t join his conservative colleagues in overturning Roe. He wrote that there was no need to overturn the broad precedents to rule in Mississippi’s favor.

Alito, in the final opinion Friday, wrote that Roe and Planned Parenthood v. Casey, the 1992 decision that reaffirmed the right to abortion, were wrong had and to be overturned. Justices Stephen Breyer, Sonia Sotomayor and Elena Kagan — the diminished liberal wing of the court — were in dissent.

A look at some of the justices’ earlier comments through the years:

At his 2005 confirmation hearing, he said overturning precedent “is a jolt to the legal system,” which depends in part on stability and evenhandedness. Thinking that an earlier case was wrongly decided is not enough, he said. Overturning a case requires looking “at these other factors, like settled expectations, like the legitimacy of the Court, like whether a particular precedent is workable or not, whether a precedent has been eroded by subsequent developments,” Roberts said then.

Thomas voted to overturn Roe in 1992, in his first term on the court, when he was a dissenter in Casey. Since then, he repeatedly called for those rulings to be overturned.

Sotomayor joined the court in 2009 with virtually no record on abortion issues, but has voted repeatedly in favor of abortion rights since then. Last September, when the court allowed Texas’ restrictive abortion law to take effect, Sotomayor accused her colleagues of burying “their heads in the sand.” She was in the majority in the Texas and Louisiana abortion clinic cases.

Sotomayor’s displeasure with the court’s recent Texas ruling was evident at a virtual appearance she made. “I can’t change Texas’ law, but you can,” she said.

Kavanaugh’s name was added to President Donald Trump’s shortlist of Supreme Court candidates shortly after Kavanaugh sided with the administration in a 2017 case involving abortion. Trump chose him for the court the following year. As a justice, Kavanaugh dissented from the Louisiana decision and voted to allow the new Texas law to take effect, though he has taken a less absolutist stance than some of his conservative colleagues. In the Louisiana case, for example, Kavanaugh wrote that more information was needed about how the state’s restrictions on clinics would affect doctors who provide abortions and seemed to suggest his vote could change knowing that information.

Kavanaugh was criticized by some conservatives for not going as far as a colleague, Judge Karen Henderson, who stated unambiguously that an immigrant in the U.S. illegally has no right to an abortion. At his appeals court confirmation hearing, Kavanaugh dodged questions on his own personal beliefs on Roe.

Kavanaugh voted to allow the Texas law to go into effect last September, but during oral arguments in November he appeared to have doubts about its novel structure and whether it would lead to a spate of copycat laws on abortion and other rights protected by the Constitution.

Although Barrett allowed the Texas law to take effect, she joined Kavanaugh during oral arguments in raising skeptical questions about its structure, asking about provisions of the law that force providers to fight lawsuits one by one and, she said, don’t allow their constitutional rights to be “fully aired.” 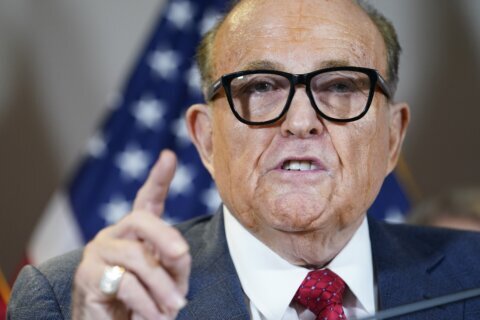 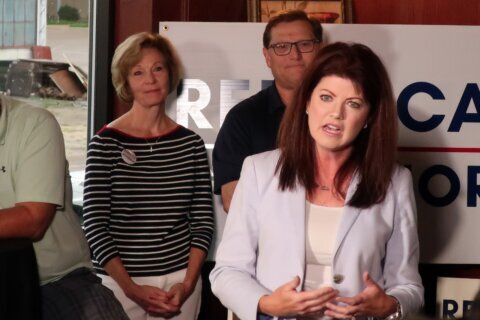