WASHINGTON (AP) — The former director of the Ohio state prison system has emerged as a leading contender to run the crisis-plagued federal Bureau of Prisons, three people familiar with the matter told The Associated Press.

Gary Mohr, who has also worked in the private prison industry, is among those at the top of the list of candidates to replace Bureau of Prisons Director Michael Carvajal, who submitted his resignation in January but said he would stay on until a successor was named, the people said Friday.

A final decision has not been made and it’s unclear when an announcement would be put forward, according to the people, who were not authorized to speak publicly and did so on condition of anonymity. After this story published, Mohr responded to an email seeking comment that was sent to a consulting firm where he works. He said he was “shocked to see an article describing me as a top contender” for the position and denied that he had applied or been interviewed.

The people familiar with the matter insisted Saturday that Mohr remained among those being seriously considered for the position.

If picked, Mohr would become the 11th person to lead the Bureau of Prisons since its founding more than 90 years ago, and only the second director with no prior experience at the agency, the Justice Department’s largest.

The leadership change came after AP reporting that has uncovered widespread problems at the agency, including sexual abuse by correctional officers and critically low staffing levels that have hampered responses to emergencies.

Mohr has spent nearly 50 years working in corrections, starting as a teacher in the Ohio Department of Rehabilitation and Correction, the agency he led from 2011 to 2018. After his retirement, he served as president of the American Correctional Association, a nonprofit trade association and accrediting body.

Mohr has also been a prison warden and, between stints in the Ohio system, was a consultant and managing director for CoreCivic, formerly know as Corrections Corporation of America, an owner and operator of private prisons and detention facilities.

In Ohio, Mohr made reducing the state’s prison population a priority and spearheaded efforts to reduce the number of first-time, nonviolent offenders behind bars. He managed to trim it by about 1,000 inmates in his tenure but, upon his retirement, said he was “extraordinarily disheartened” he couldn’t do more.

Mohr also oversaw 15 executions and dealt with various crises, including the 2013 prison suicide of notorious Cleveland women abductor Ariel Castro; the brief 2014 escape of school shooter T.J. Lane; and the 2017 killing of an inmate in a transport van by another prisoner.

The union representing Ohio’s state prison guards frequently clashed with Mohr, criticizing him and the agency for not doing enough to protect correctional officers and reduce violence.

Carvajal, 54, was appointed director of the federal Bureau of Prisons in February 2020 by then-Attorney General William Barr, just before the COVID-19 pandemic began raging in federal prisons nationwide, leaving tens of thousands of inmates infected with the virus and resulting in 295 deaths.

An agency insider who started as a correctional officer and worked his way up the ranks, Carvajal had a tumultuous tenure as director. There was a failed response to the pandemic, widespread criminal activity among employees, critically low staffing levels that have hampered responses to emergencies, inmate deaths and dozens of escapes.

Carvajal also oversaw an unprecedented run of federal executions in the waning months of the Trump presidency that were so poorly managed they became virus superspreader events.

The AP’s reporting exposing those problems compelled Congress to investigate and prompted increased calls from lawmakers for Carvajal to resign or be fired by Attorney General Merrick Garland.

The chairman of the Senate Judiciary Committee, Sen. Dick Durbin, D-Ill., said Carvajal “failed to address the mounting crises in our nation’s federal prison system, including failing to fully implement the landmark First Step Act,” a bipartisan criminal justice measure passed during the Trump administration that was meant to improve prison programs and reduce sentencing disparities.

Garland tasked Deputy Attorney Lisa Monaco with leading the search for Carvajal’s replacement. Officials went far and wide to try to find candidates outside of the typical profile of prior directors, even posting an advertisement on LinkedIn.

While many officials from inside the Bureau of Prisons applied for the post, the Biden administration was looking for someone who was focused on reforming an agency that has had cultural issues for decades.

Monaco personally conducted interviews and met with several of the candidates.

Biden administration officials had discussions about whether to remove Carvajal in spring 2021, after the AP reported that widespread correctional officer vacancies were forcing prisons to expand the use of cooks, teachers, nurses and other workers to guard inmates.

The Bureau of Prisons is the only Justice Department agency whose director isn’t subject to Senate confirmation. Currently, the attorney general can just appoint someone to the position.

A bill introduced in Congress days after Carvajal’s resignation would require Senate confirmation for future bureau directors — putting them under the same level of scrutiny as leaders of the FBI and other federal agencies — but, so far, the measure hasn’t come up for a vote.

On Twitter, follow Michael Balsamo at twitter.com/mikebalsamo1 and Michael Sisak at twitter.com/mikesisak. Read more of AP’s reporting on federal prisons at apnews.com and send confidential tips by visiting https://www.ap.org/tips/ 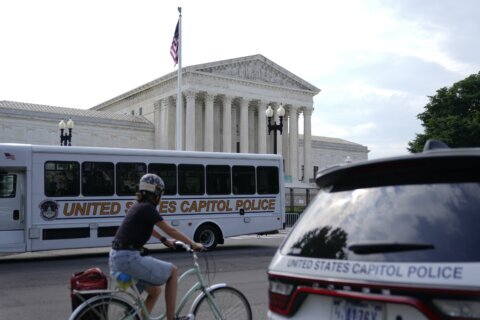 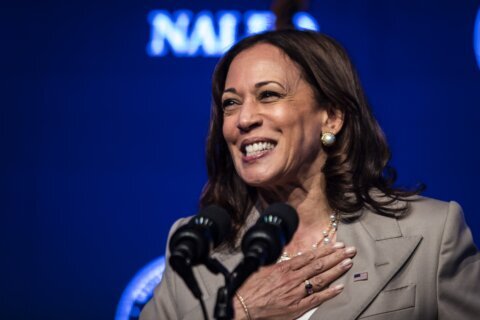