An Arkansas man photographed with his feet on a desk in House Speaker Nancy Pelosi's office during the Jan. 6 Capitol riot has rejected a plea deal over the federal charges against him, attorneys said Tuesday.
Listen now to WTOP News WTOP.com | Alexa | Google Home | WTOP App | 103.5 FM

An Arkansas man photographed with his feet on a desk in House Speaker Nancy Pelosi’s office during the Jan. 6 Capitol riot has rejected a plea deal over the federal charges against him, attorneys said Tuesday.

An attorney for Richard Barnett said during a pretrial teleconference hearing that the 61-year-old Gravette man was turning down an offer by the government to plead guilty to one charge in his case, the Arkansas Democrat-Gazette reported.

Barnett has pleaded not guilty to federal charges including entering and remaining in a restricted building with a dangerous weapon, theft of government property and disorderly conduct.

Prosecutor Mary L. Dohrmann said that under the rejected agreement, Barnett would have pleaded guilty to obstruction of an official proceeding while six other charges would have been dismissed, the newspaper reported.

Joseph McBride, Barnett’s attorney, called the offer unreasonable and cited the sentencing guideline of 70 to 87 months for the charge, the newspaper reported. McBride also cited Barnett’s age as a factor. 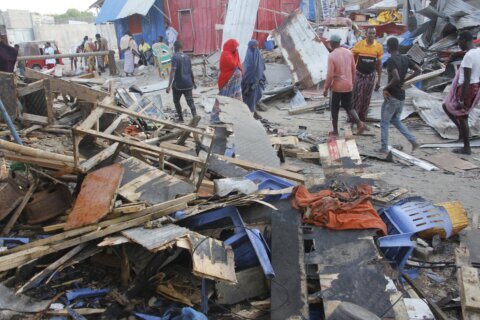