Albright acted as model, mentor for generations of women

CHICAGO (AP) — Dissatisfied with the temporary job she accepted after graduating from the University of Chicago, Sahana Dharmapuri felt the pressure to find work using her studies of the Middle East and public policy.

Scanning a newspaper on her lunch break, she found a full-page ad featuring a portion of a speech by then-Secretary of State Madeleine Albright on the effort to negotiate peace between Israel and Palestine. Dharmapuri tore the page out and took it with her when she moved to Washington, D.C., to hunt for a meaningful job.

It was the start of a career shaped by Albright’s example, from her history-making appointment as the first female Secretary of State to the decades she spent mentoring, teaching and speaking to women. Albright’s death from cancer this week sparked American women to reflect on the 84-year-old diplomat’s sweeping influence on their lives, 25 years after Bill Clinton made her the United States’ representative to the world.

“Not only did she break the ceiling, she brought people along with her, whether they were close to her or like me who saw her from a distance and said, ‘I can do that too,’” said Dharmapuri, director of Our Secure Future, a foundation that seeks to increase women’s participation in international affairs.

Albright’s path and her identities as a child refugee, wife and mother who carved out a career in a male-dominated field gave women a new vision for their lives, said Hannah Riley Bowles, co-director of the Women and Public Policy Program at Harvard’s Kennedy School.

“Her whole story, we should tell it over and over again,” Bowles said. “She broke down stereotypes that still interrupt women’s career potential today.”

Albright also was known for bringing countless women into politics or policy work, often without ever meeting them face-to-face.

“One of my earliest memories really was seeing this woman, who was small in stature but a heavyweight regardless,” said Virginia Kase Solomon, CEO of the League of Women Voters. “She had this gravitas and she could go toe-to-toe with any man in the room.”

When Albright became secretary of state, Candace Waterman was working as a healthcare executive and she looked to Albright as a model of a woman “functioning in a man’s world without losing herself.”

“At each juncture, more and more barriers come down,” Waterman said. “Sometimes it’s brick by brick, not by a bulldozer.”

Of course, some women said Albright shouldn’t be reflexively deemed an icon for her “first” status without considering her decisions as secretary of state or her continued presence in party politics.

Albright has been sometimes criticized for her support of severe sanctions on Iraq during Saddam Hussein’s rule and her staunch backing of Western intervention in Kosovo. Others remain offended by Albright’s implication that all women had a duty to support Hillary Clinton over Bernie Sanders in the 2016 Democratic presidential primary.

On the eve of that year’s New Hampshire primary, Albright appeared at a rally for Clinton supporters and quipped, “There’s a special place in hell for women who don’t help each other.”

Albright routinely used the phrase during her career, but usually framed it as a criticism of women failing to support one another’s professional goals. She apologized for applying it to politics in a column for The New York Times. But she still argued that a woman in the Oval Office would prioritize gender equality and asked younger generations to consider advice from “this aging feminist.”

“When women are empowered to make decisions, society benefits,” she wrote. “They will raise issues, pass bills and put money into projects that men might overlook or oppose.”

That goal also fueled Albright’s continued involvement in a program focused on leadership skills for students at her alma mater, the all-female Wellesley College, said Stacie Goddard, director of the school’s Albright Institute.

Again and again, Albright urged the young women participating to get comfortable interrupting and speaking their mind, particularly in rooms dominated by men. Women with their own impressive careers in international policy or politics who were invited to address students also spoke of Albright’s influence, Goddard said.

“Even now, this is not a field that’s populated by a lot of women,” Goddard said. “I’ve gotten to meet women who talk about how intentional she was in making sure she was working with women in those positions and helping them and mentoring them.” 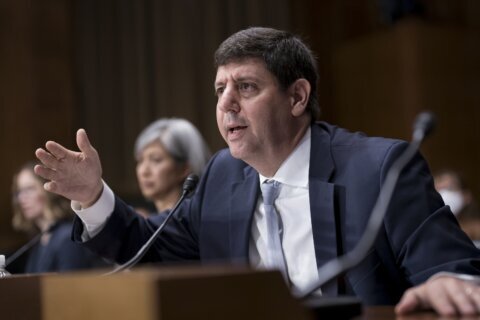