EXPLAINER: How Alabama congressional map got to high court

WASHINGTON (AP) — A divided Supreme Court is allowing Alabama to use re-drawn congressional districts for the 2022 elections that a lower court found had improperly diluted the votes of Black residents. The high court’s action Monday is a win for Republicans and sets the stage for a potentially major decision next year about race and redistricting that could affect minority political representation across the country.

Like every other state with more than one congressional district, Alabama redrew its congressional district map based on the results of the 2020 census. The Republican-dominated legislature drew six districts with white majorities and one with a Black majority. The state’s population is about 63% white and 27% Black. The map is expected to retain the state’s partisan breakdown in the House of Representatives: six Republicans and one Democrat.

Alabama residents represented by voting rights lawyers went to federal court, asserting that lawmakers should have better reflected the state’s population by drawing a second district where Black voters could shape the outcome. They argued that the federal Voting Rights Act requires the drawing of districts in which minorities can elect their preferred candidates when voting is racially polarized, as it is in Alabama, and Black voters make up a large, but still geographically compact group. A second district would enhance Black political power in a state where Jim Crow once held sway and also likely result in the election of a second Democrat.

Most voting rights cases are heard by a three-judge court under a provision of the Voting Rights Act, the landmark 1965 legislation that overcame determined resistance and opened the ballot box to Black Americans, mainly in Southern states. Later revisions expanded the law’s reach to cover Hispanic and Native American voters in various parts of the country who had encountered systemic obstacles to voting.

In this case, a panel consisting of two appointees of former President Donald Trump and a third judge who was made a federal appeals court judge by former President Bill Clinton ruled unanimously that the Alabama map likely violated the Voting Rights Act by diluting Black voting strength and ordered the drawing of a second district with a Black majority, or close to it.

Qualifying for the congressional races had been scheduled to end Jan. 28. The judges pushed that back until Feb. 11 and gave lawmakers two weeks to produce a new map. The lower court said it would hire experts to draw a new map if the legislature didn’t act by Monday.

The state quickly turned to the Supreme Court, contending that its map does not violate the law. Alabama argued that its map was remarkably similar to maps used previously in the state while the three-judge court’s ruling would require radically new districts to be drawn just days ahead of the candidate qualifying deadline. The state said the lower court’s ruling improperly prioritized race in the drawing of districts over race-neutral principles.

WHAT DID THE SUPREME COURT DECIDE MONDAY?

The court only allowed the congressional map drawn by the Alabama legislature to be used for the 2022 election, putting off any final decision about whether it violates the Voting Rights Act until next year. But the ideological split on the court suggests that the case could produce a major ruling on the voting rights of Black Americans and other political minorities. The case won’t be argued before the fall, with a decision expected by late June 2023.

Since 2013, conservative court majorities have weakened the Voting Rights Act. In a case that also came from Alabama, the court by a 5-4 vote ended the law’s requirement, embodied in its Section 5, that state and local governments with a history of discrimination in voting obtain approval in advance, either from the Justice Department or a federal court in Washington, D.C., of any election-related changes.

Last year, by a 6-3 vote, the court raised the bar for proving racial discrimination, under the law’s Section 2, in cases of alleged suppression of votes.

This case involves cases in which plaintiffs claim state and local governments are unfairly reducing, or diluting, the voting strength of minorities. 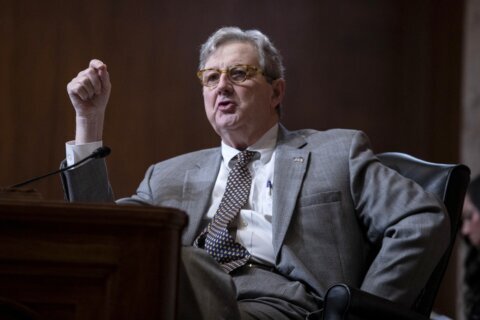