MADISON, Wis. (AP) — A Wisconsin judge on Monday rejected an attempt by the state’s Democratic attorney general to block a subpoena issued by a Republican-hired attorney seeking to interview the state’s chief elections administrator and obtain election-related documents and data as part of a GOP-ordered investigation.

The ruling from Dane County Circuit Judge Rhonda Lanford is a partial victory for Michael Gableman, a former Wisconsin Supreme Court justice who was hired last year by Republicans to investigate the 2020 election. It means that he can move forward — at least for now — with a closed-door interview with the state’s top elections official, Meagan Wolfe, even as other legal battles over his authority are pending.

President Joe Biden won Wisconsin by nearly 21,000 votes, an outcome that has withstood recounts and numerous lawsuits. An Associated Press review of battleground states contested by Trump, including Wisconsin, found too few cases of fraud to affect the outcome.

Republicans have called for a number of election reviews, including the ongoing one led by Gableman. The Legislature’s nonpartisan Audit Bureau found no widespread fraud and neither did a report by the conservative Wisconsin Institute for Law & Liberty.

In a blow to Gableman on Monday, the judge refused to dismiss the lawsuit as he requested and said she could reconsider her decision later if he attempts to enforce the subpoenas before the legal challenge to the subpoenas runs its course.

“It is my hope that former Justice Gableman will withdraw these unnecessary subpoenas rather than continuing to litigate over them,” Attorney General Josh Kaul said in a statement reacting to the ruling. Kaul represents Wolfe and the elections commission.

Gableman did not immediately return a request for comment.

Wolfe reacted to the ruling said the elections commission continued to have a “strong preference for providing testimony in public rather than behind closed doors.”

“We’ve already provided Special Counsel Gableman with documents and data, and conversations are ongoing regarding additional document production,” she said.

The investigation was supposed to be complete by the end of December, but now Republican Assembly Speaker Robin Vos says he wants a report by the end of February so the Legislature can act in March on recommendations made.

Vos hired Gableman, allocating $676,000 in taxpayer money for the investigation into the election to address concerns brought forward primarily by conservatives. Democrats have dismissed the probe as a political move designed to perpetrate the lie that the election was stolen from former President Donald Trump.

Gableman issued subpoenas to the mayors and elections officials in Wisconsin’s five largest cities, as well as to Wolfe, administrator of the Wisconsin Elections Commission. Gableman filed a separate pending lawsuit in Waukesha County asking a judge to jail the mayors of Madison and Green Bay if they don’t comply.

The mayors argue they have cooperated with Gableman as requested. Green Bay Mayor Eric Genrich is seeking sanctions for Gableman over what the mayor contends are lies he’s made about his response to the subpoena. The judge in that case scheduled a hearing for Jan. 21.

The attorney general filed a lawsuit seeking a temporary injunction to block the subpoena issued to Wolfe seeking records from the elections commission and a private interview with her. Kaul argued such an interview should only be done in public before the Assembly elections committee.

Justice Department attorneys had also argued that the subpoenas was too vague and broad and that the investigation was unlawful and focused on “debunked theories” about the 2020 election.

Lanford, in Monday’s ruling, declined the attorney general’s attempt to block the subpoena of Wolfe, saying Kaul had not yet met the standard required for such a ruling. In part, Kaul did not show that Wolfe would suffer irreparable harm if she testified, Lanford said. 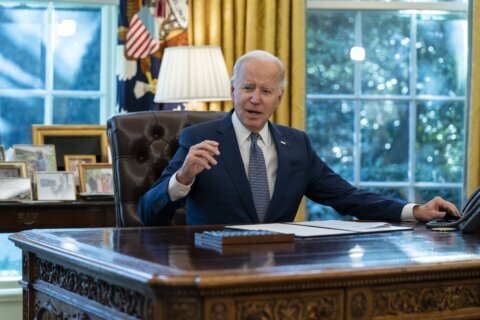