ATLANTA (AP) — There was a prominent Atlanta resident missing on Tuesday when President Joe Biden swung through the city to press for voting rights protections: Stacey Abrams.

During a day that was shrouded in the city’s legacy as a bastion of the Civil Rights Movement, the absence of one of the nation’s most prominent voting rights activists created something of an awkward moment.

For Biden, it was an unexpected snub at a time when he faces mounting vulnerabilities, including skepticism from Black voters who elected him and now question his dedication to their priorities. And for Abrams, who once openly lobbied Biden to pick her as his vice president, her absence left the impression that she was now distancing from the leader of her party as she campaigns for Georgia governor.

Biden and Abrams quickly sought to smooth over any damage. An aide said late Monday that an unspecified scheduling conflict would prevent Abrams from attending Biden’s event, but after Biden spoke, she released a statement saying she welcomed his commitment to changing the filibuster to allow voting bills to come to a vote. “I look forward to continuing to work with them to make progress for Georgians,” Abrams said.

As he left the White House on Tuesday, Biden said he spoke to Abrams earlier in the day and “we’re all on the same page.”

“We have a great relationship,” Biden said. “We got our scheduling mixed up.”

Still, the moment speaks to a broader question Democrats across the country are facing at the outset of a critical election year: whether to appear alongside a president whose popularity is waning. That calculation is especially precarious for Abrams, who is running for governor in a state that was once a Republican stronghold but is now almost evenly split between the parties.

Biden in 2020 became the first Democrat to win Georgia since 1992, carrying the state by less than one quarter of a percentage point. Since the election, Biden’s approval nationally has sagged.

Abrams’ success could hinge on winning a coalition of Black voters, who are frustrated with inaction on issues including voting rights and police reform, and some white voters who have soured on Biden more broadly. That may give Abrams little incentive at the moment to appear too close to Biden.

“Not being in attendance because you have something to do is a way for you to not alienate the president, who’s the stand-in for the establishment wing of the party,” said Emory University political scientist Andra Gillespie. “But it also shields you from criticism from progressives, who might be critical if it looked like she was accepting of a symbolic gesture that didn’t come with any substantive announcement.”

Georgia groups allied with Abrams demanded on Tuesday that Biden do more. In a statement, they called on the president to lay out “a specific, immediate timeline” on how he would push voting legislation through the Senate, telling Biden he “must demand a filibuster carveout” to allow voting legislation to pass with only a bare majority in the Senate. They also pressed him to specifically address how he would win support from Sens. Joe Manchin of West Virginia and Kyrsten Sinema of Arizona, who have been among the most vocal Democrats bucking changes to Senate rules.

“We are past the moment of simply calling for debate, or allowing the Senate to continue dithering: it is time for the president to demand and lay out a final plan to pass these bills and sign them into law,” wrote former Georgia NAACP President James Woodall on behalf of himself and five groups, including New Georgia Project Action Fund, which Abrams founded.

Woodall said the groups have had no communication with Abrams and had not asked her to skip the event.

“If she was there or not, I don’t know if that changes the speech,” Woodall said. “She has demonstrated where she stands on the legislation.”

Instead, he turned the focus back on Biden, saying it would be a “failure of this administration” if the legislation doesn’t pass.

White House press secretary Jen Psaki declined to address those who are skipping the speech, saying Biden would meet with a “range” of civil rights leaders in Georgia “who share his commitment to getting voting rights legislation done,” saying he “shares their frustration.”

“He’s going to be raising the question today to Senate Democrats, Republicans and independents, where do you want to be in history?” Psaki said. “Where do you want to be when the history books are written? And this is a key moment where you will be judged. Are you for protecting people’s fundamental rights or not?”

This story has been corrected to remove an inaccurate reference that Vice President Kamala Harris paid tribute to Abrams. 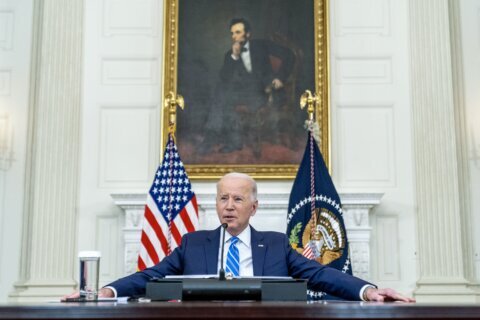 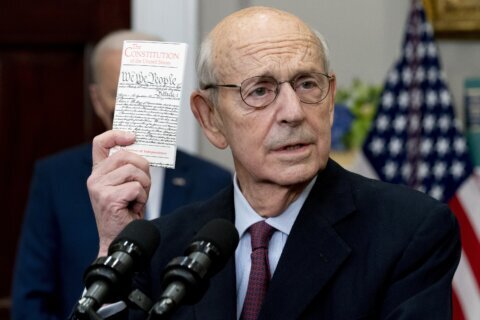 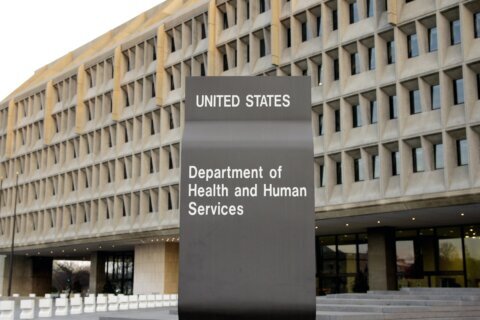