COLUMBIA, S.C. (AP) — As pandemic-related supply shortages drive gas prices to record highs across the country, a Democrat seeking to become South Carolina’s next governor is suggesting a temporary halt of the state’s gas tax as a way to alleviate cost burdens at the pump.

Joe Cunningham previewed his proposal in an interview with The Associated Press, saying he’d utilize federal relief aid and the state’s budget surplus to keep tax-funded infrastructure projects on track.

A suspension would also require approval from a Republican-controlled Legislature that’s technically out of session until January — and which overwhelmingly passed the tax in the first place, more than four years ago, with bipartisan support. Cunningham argued that lawmakers’ adjournment allows them to return to Columbia to debate any measure related to the pandemic.

“We’ve got to get creative on how we lessen the burden on South Carolina families,” Cunningham told the AP. “This is a no brainer.”

South Carolina currently has a gas tax of just more than a quarter per gallon, part of a multiyear phase-in of a law passed by formidable majorities in 2017. Republican Gov. Henry McMaster fulfilled his pledge to veto any increase, but lawmakers in both chambers combined to overturn that move by more than 80%.

Cunningham said his suspension could save South Carolina drivers about $5 for each fill-up of a 20-gallon (75-liter) tank. The former one-term congressman, who planned to roll out his proposal later Monday, said his plan would last through the fiscal year, which ends June 30, about two weeks after the state’s primary elections.

The national average for a gallon of regular gasoline decreased by a penny last week to $3.41, according to the AAA, but the agency warned that consumer prices would likely stay high as long as oil prices remain higher than $80 per barrel.

South Carolina’s per-gallon gas price had one of the largest over-the-week decreases, dropping two cents, to $3.14 for a gallon of regular. According to AAA, that’s still 10 cents higher than a month ago, and up from $1.90 at this time last year.

The gas tax had been debated for decades before finally becoming law as a way to fund billions in infrastructure projects.

To pay for the tax shortfall while keeping those efforts on track, Cunningham said he’d propose using federal pandemic relief money, as well as some state funding.

South Carolina’s Board of Economic Advisers said last week that state lawmakers would have nearly $1 billion more to spend this budget year than expected, thanks to a quick recovery from the economic shock of the pandemic, and people spending money much faster than experts predicted.

The windfall boosts the money controlled by the General Assembly to nearly $11 billion, not counting the roughly $3 billion in federal COVID-19 relief money coming to South Carolina.

House and Senate leaders have not officially called lawmakers back to either chamber before January’s session convenes. The window on such a move is tightening, although it’s still possible.

Cunningham, who will face other fellow Democrats in next June’s primary, has been focusing his campaign thus far on McMaster, who is seeking his second full term in office. Like Nikki Haley before him, McMaster was vehement in his opposition to efforts to raise the gas tax.

“South Carolina is a great place – and you deserve better than this,” he said, in an online video explaining his veto.

“The governor vetoed the increase on gas taxes, so he’s clearly not in favor of them — but let’s be clear here: since Joe Biden took office the average price of gasoline in this country has increased by more than a full dollar,” Mark Knoop told AP. “Joe Cunningham’s friends have created this problem, and he’s certainly not capable of fixing it.”

Asked if he felt McMaster and other Republicans would support his proposal, Cunningham said the tax cut should transcend partisanship.

“The question in my mind isn’t why would we do it; it’s why should we not do it,” Cunningham said. “McMaster’s administration has been bankrupt on solutions.” 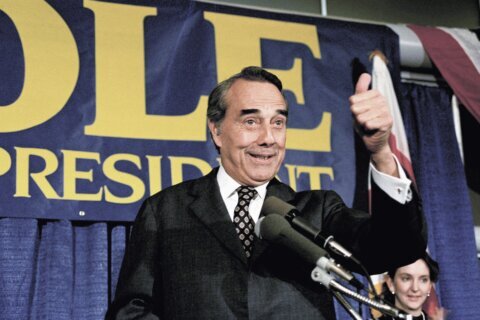