WASHINGTON (AP) — Defense Secretary Lloyd Austin on Monday rejected a request by Oklahoma Gov. Kevin Stitt that his state’s National Guard be exempt from a Pentagon requirement that all military members be vaccinated against COVID-19.

Stitt, a Republican, had asked Austin in early November to suspend the mandate for members of the Oklahoma Guard.

A spokesman for Stitt, Charlie Hannema, said in response to Austin’s rejection letter that the governor “maintains his position” that he is commander in chief of the Oklahoma Guard while they are on Title 32 status, meaning while they are on active duty under state control but with pay and benefits provided by the federal government.

The dispute is the first critical test of the military’s authority to require National Guard troops to get the shot, and it could lay the groundwork for legal battles with states that oppose the vaccine requirement.

So far, Stitt is the only governor to publicly challenge the military mandate.

In his letter to Stitt, a copy of which was obtained by The Associated Press, Austin left open the question of how the vaccine requirement will be enforced and how far the Pentagon will go to force the issue. He did suggest that Guard troops who refuse the shots could lose their federal status, which could impact their pay and future benefits.

Austin wrote that all members of the Oklahoma Army and Air National Guard, “regardless of duty status,” must follow the directions of Army and Air Force service secretaries for COVID-19 vaccine compliance deadlines. “Failure to do so may lead to a prohibition on the member’s participation in drills and training” conducted under Title 32 of the U.S. Code, “and jeopardize the member’s status in the National Guard.”

Pentagon press secretary John Kirby said any Oklahoma Guard member who refused to take the vaccine could be denied the opportunity to perform federally financed training.

“One could elect not to take the vaccine, of course, but then you would be putting at jeopardy your ability to stay in the National Guard,” Kirby said.

In his Nov. 2 letter to Austin, Stitt wrote that the mandate “violates the personal freedoms of many Oklahomans, as it asks them to potentially sacrifice their personal beliefs in order to not lose their jobs.” He said the state needs its Guard members for storms and other weather emergencies, and he asserted that it would be “irresponsible for the federal government to place mandatory vaccine obligations on Oklahoma national guardsmen which could potentially limit the number of individuals that I can call upon to assist the state during an emergency.”

In his response, Austin wrote, “The concerns raised in your letter do not negate the need for this important military readiness requirement.”

Under orders from Stitt, the state’s adjutant general, Brig. Gen. Thomas Mancino, put out a memo telling his troops that they aren’t required to get the shot and “no negative administrative or legal action” would be taken against them if they refuse.

First to be impacted could be members of Oklahoma’s Air Guard, who have until Dec. 2 to get vaccinated under a deadline set by the Air Force. Lingering questions include whether unvaccinated Air Guard members reporting for their monthly drill in December or January will be required to get a shot, or be sent home or reassigned if they refuse.

Stitt spokeswoman Carly Atchison has said that about 89% of the state’s Air Guard — estimated at more than 2,000 troops — has been vaccinated. A military official said that the Air Guard rate is expected to reach about 95% by the December deadline. The official spoke on condition of anonymity to discuss statistics not yet public.

Austin’s decision was widely expected, since the Pentagon has argued for months that the vaccine is critical to maintaining a ready force that can deploy on a moment’s notice to protect the nation. Defense leaders say that as defense chief, Austin can set medical requirements for the military, including the Guard and Reserve, and that governors don’t have the authority to relieve troops of those requirements.

Vaccines against a variety of diseases have long been required for troops, with some getting as many as 17 for deployments around the world. And defense officials warn that service members who refuse to comply will risk losing their National Guard jobs.

Still, the National Guard presents a unique case. When Guard troops are on state active duty, such as responding to local events, they report to the governor and are paid by the state. But during their monthly or annual training or when they are responding to larger disasters in the state, they are in what is called Title 32 status, and are controlled by the governor but funded by the federal government.

The Guard can also be activated for federal duty, including for overseas deployments, under a different status, called Title 10, that treats them like active-duty troops, under federal control and funding.

Retired Brig. Gen. J. Roy Robinson, president of the National Guard Association of the U.S., said in an interview that is it common for Guard soldiers to have gaps or delays in their annual or routine medical requirements. And he said they often will arrive for monthly drill or their annual two-week training needing various vaccines or medical and dental check-ups.

Robinson, however, said he believes that until a service member is activated in Title 10 status, and is under the control of the federal government, the state retains any authority for enforcing requirements, such as the vaccine.

According to Stitt’s office, more than 1,000 Army and Air Force Guard members, or about 13% of the state’s 8,200 troops, have indicated they won’t get the vaccine, according to an internal survey. Atchison added that about 40% of Oklahoma’s Army Guard members are vaccinated, but they have until next June to get their shots, under a deadline set by the Army. 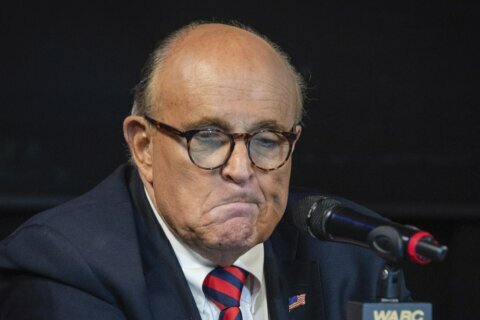 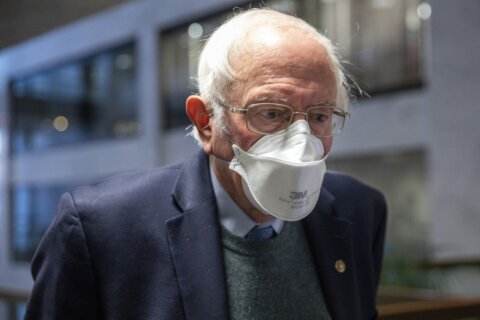 Sanders says he may back Manchin, Sinema primary challengers