WASHINGTON (AP) — The House panel investigating the Jan. 6 Capitol insurrection has focused some of its early work on the planning of the rally at which President Donald Trump told his supporters to “fight like hell.” The rally, held that morning and planned by former White House and campaign aides, became a staging ground for hundreds of supporters who marched to the Capitol, pushed past police and broke inside.

What the committee still doesn’t know — or at least hasn’t revealed publicly — is whether Trump and the organizers of the rally, along with Republican members of Congress, were in touch with protesters who later breached the Capitol or aware of plans for violence. Around 800 people eventually busted through windows and doors and interrupted the certification of President Joe Biden’s victory, repeating Trump’s false claims that he had won the election.

But there were strong signals of what was to take place, starting with Trump’s December tweet promising that the Jan. 6 event would be “wild” and encouraging supporters to come. In the weeks and days beforehand, some people — including those from far-right militant groups — planned for violence openly online. And when they arrived, some wore tactical gear as if prepared for battle.

“Why would you bring bear spray, Kevlar vests, and other items to a peaceful rally?” asked Mississippi Rep. Bennie Thompson, the committee’s chairman, in an interview with The Associated Press on Tuesday. Thompson says there were people who came to Washington just for the rally, and others who came “to do just what happened here at the Capitol.”

As part of the probe, the committee is looking at what members of Congress knew about the event. Some lawmakers spoke at the rally, while others helped plan it. Thompson said that “we’re not there yet” in terms of reaching any conclusions, but added that there is “a school of thought that there were some people who misinformed as to what was happening on Jan. 6” as they encouraged Trump supporters to attend.

A look at what we know, and what we don’t, about the rally’s planning as the committee investigates:

The committee has subpoenaed 13 people associated with the rally on the National Mall that morning and a smaller one that had been planned next to the Capitol. Almost all of the people subpoenaed were listed on the permit for the Mall event, where Trump told his supporters that “if you don’t fight like hell, you’re not going to have a country anymore.”

Republican members of Congress, including Alabama Rep. Mo Brooks and North Carolina Rep. Madison Cawthorn, also spoke at the rally. Brooks told the crowd to “stop at the Capitol” before they went home and that “today is the day that American patriots start taking down names and kicking ass.”

Most of the rally’s organizers had worked on Trump’s presidential campaign or in his administration, and the White House coordinated with them starting in mid-December, according to two people familiar with the planning who requested anonymity to discuss it. The permit for the rally was issued to Women for America First, a pro-Trump group with roots in the tea party movement.

As the event was underway and as Trump was speaking, a large group of people made its way to the Capitol, among them members of far-right extremist groups like the Proud Boys and Oath Keepers who forcibly entered. Some dressed in tactical vests and helmets and marched toward the door in a military-style formation.

One of the organizers who was subpoenaed, Ali Alexander, said after the riot that the intention was to direct attendees of the larger rally to march to the Capitol. In his subpoena, the panel cited media reports that Alexander had made reference “to the possible use of violence to achieve the organization’s goals” and had been in communication with the White House and members of Congress.

In the months since, many Republicans who denounced the violence have started playing it down and even defended the rioters. Arizona Rep. Paul Gosar, for example, has repeatedly said that a woman who was shot and killed by police as she was trying to break into the House chamber was “executed.” The committee has asked the National Archives for records of communications between Gosar’s chief of staff and the Trump administration.

WHAT WE DON’T KNOW

There are still many unknowns about how the rally was planned. Were the organizers planning an insurrection? Who paid for the rally and what was their goal? How much did Trump know? And were any members of Congress communicating with the protesters who broke in?

In the days after the attack, some Democrats questioned whether their Republican colleagues had helped the rioters. House Speaker Nancy Pelosi said that if any members “aided and abetted the crimes” they may have to be prosecuted.

There has been no direct evidence that any members of Congress helped the rioters. But the committee says it is investigating every aspect of the attack, including whether lawmakers assisted the attackers and how involved they were in planning the rally and others beforehand.

Thompson says that if any members appear to be implicated in the attack, “I don’t think there’s any reluctance” to call them in for testimony.

WHAT THE COMMITTEE IS INVESTIGATING

The committee is interviewing some of the rally organizers it subpoenaed behind closed doors and negotiating with others. So far, all of the 13 have at least communicated with the panel about testifying. The committee is also seeking a broad swath of presidential documents from the National Archives about communications between officials in the run-up to the rally and the insurrection.

In August, the committee asked social media and telecommunications companies to preserve phone or computer records for hundreds of people who were potentially involved with efforts to “challenge, delay or interfere” with the certification or otherwise try to overturn the results of the 2020 election.

Among the hundreds of names they sent the companies were several of Trump’s most ardent Republican allies in Congress, including Brooks, Cawthorn and GOP Reps. Jim Jordan of Ohio, Andy Biggs of Arizona, Paul Gosar of Arizona, Matt Gaetz of Florida, Jody Hice of Georgia, Marjorie Taylor Greene of Georgia, Louie Gohmert of Texas, Scott Perry of Pennsylvania and Lauren Boebert of Colorado.

Maryland Rep. Jamie Raskin, a Democrat on the Jan. 6 panel, said the committee is probing how the origins of the rally, or its planning, may be linked to the violence.

“We want to know what the connection is,” Raskin said, and whether the insurrection was part of the original design, or a “detour” for the people who were there.

“We’ve been given the charge to investigate the events of Jan. 6, the causes of Jan. 6, and what America needs to do to prevent further political insurrections and coups directed against the government,” Raskin said. “So we want to talk to everybody who’s got information related to all of those things. And so that includes elected officials, that includes anyone who has information to give us.” 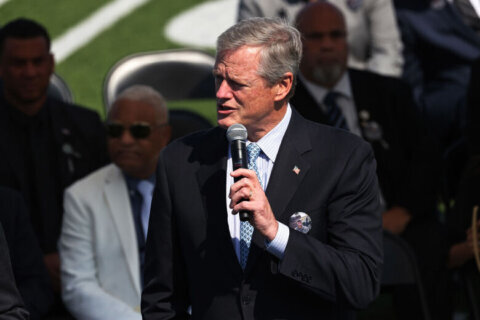 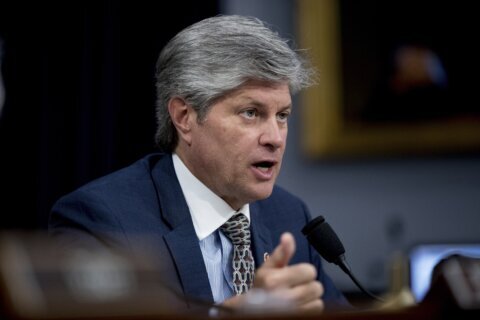