WASHINGTON (AP) — House Speaker Nancy Pelosi on Thursday named Republican Rep. Liz Cheney to a new select committee on the violent Jan. 6 insurrection at the Capitol, elevating the most unyielding GOP critic of former President Donald Trump to work alongside seven Democrats on the high-profile investigation.

Rep. Bennie Thompson, chairman of the House Homeland Security Committee, will lead the panel, which will investigate what went wrong around the Capitol when hundreds of Trump supporters broke into the building. The rioters brutally beat police, hunted for lawmakers and interrupted the congressional certification of Democrat Joe Biden’s election victory over Trump.

Standing with other members of the committee after a meeting together in Pelosi’s office, Cheney said she was “honored” to serve on the committee and that her duty is to the Constitution.

“And that will always be above politics,” Cheney said.

Her appointment came just hours after House Republican leader Kevin McCarthy threatened to strip Republicans of committee assignments if they accepted an appointment from Pelosi to the panel. McCarthy told a closed-door meeting of first-term House GOP members on Wednesday that he, not Pelosi, controls Republicans’ committee assignments, according to a top GOP aide. The aide spoke on condition of anonymity to describe the private meeting.

After Pelosi’s announcement, McCarthy demurred, saying at a news conference that “I’m not making any threats” about committee assignments. But he made clear he wasn’t happy with Cheney.

“I was shocked that she would accept something from Speaker Pelosi,” McCarthy said. “It would seem to me, since I didn’t hear from her, maybe she’s closer to her than us.”

Asked if she had been informed she would lose her committee assignments, Cheney said she had not.

The Wyoming Republican’s appointment to the panel, and the warning from McCarthy, underscores the sharp and growing differences between the two parties over the insurrection. Many Republicans remain loyal to Trump and are loath to spend time reviewing the attack by his supporters. GOP leaders are working to shape the narrative about the committee’s work, complaining that it will be dominated by Democrats even though the Republicans scuttled an earlier attempt to form a bipartisan commission.

The House voted to form the 13-member panel Wednesday over the objections of 190 Republicans. Cheney, who was ousted from GOP leadership this year over her criticism of Trump, was one of only two Republicans who supported forming the committee. Illinois Rep. Adam Kinzinger was the other.

It is unclear when the other five members of the panel will be appointed. The resolution specifies that they will be named after Pelosi consults with McCarthy, and GOP leaders have not said whether Republicans will even participate.

In addition to Thompson, the other Democratic members of the panel will be House Intelligence Committee Chairman Adam Schiff, House Administration Committee Chairwoman Zoe Lofgren, and Reps. Jamie Raskin of Maryland, Elaine Luria of Virginia, Stephanie Murphy of Florida and Pete Aguilar of California. Raskin led the House prosecution in Trump’s second impeachment trial, which came in the weeks after the insurrection. The former president was eventually acquitted by the Senate.

Murphy, a moderate Democrat whose family fled Vietnam to come to the United States, said she is “acutely aware that democracy is fragile” and feels a responsibility to make sure the Jan. 6th insurrection doesn’t happen again. She described hiding in an office near the Capitol’s West Front on that day, listening to police officers battle the insurrectionists.

“We are committed to proceeding in a nonpartisan, a political way that honors our democracy,” she said of the committee.

After the meeting with Pelosi, Thompson told reporters that they hoped to hold their first hearing with those officers who fought the protesters “as a positive statement to the men and women who put their lives on the line.”

Thompson said he was staying in town as the committee sets up office space and hires staff, saying the investigations could unfold in public hearings or closed-door interviews. He did not rule out issuing subpoenas for testimony, if necessary, and made clear the committee’s work would continue if Republicans choose not to participate.

Asked when the work would begin, he quipped, “about 30 minutes ago.”

It’s unclear whether the panel would call McCarthy to testify, or others who are publicly known to have spoken with Trump during the run-up to the siege and as the attack unfolded. He seemed to indicate Trump himself would not be called to testify.

“I think there’s a lot of other things that we have to do,” Thompson told reporters.

As one of only 10 Republicans — and the only member of GOP leadership — who voted for Trump’s 2nd impeachment, Cheney has separated herself from most of her Republican colleagues in recent months by directly blaming the former president for the insurrection.

She accused Trump of betraying the Constitution by fomenting the attack, saying he “summoned this mob, assembled the mob, and lit the flame of this attack.”

The impeachment resolution blamed Trump for the siege because of his falsehoods about the election and for his words to supporters ahead of the insurrection, including telling them to “fight like hell” to overturn his defeat to Biden.

The gap between Cheney, the daughter of former Vice President Dick Cheney, and many of her Republican colleagues has grown only wider and more bitter in recent weeks. She withstood a February effort by conservatives to remove her from her No. 3 post, but was finally dumped in May in a voice vote of GOP lawmakers that underscored Trump’s hold on the party.

Though she’s had a lower profile since leaving her leadership post and her political future is unclear, Cheney has remained in Congress and continued speaking out against the former president.

McCarthy, meanwhile, is facing pressure to take the investigation seriously from the police officers who responded to the attack — dozens of whom suffered injuries that day. Several officers sat in the gallery and watched Wednesday’s vote, and some expressed surprise afterward that so many Republicans opposed it.

One of the officers, Michael Fanone of Washington’s Metropolitan Police, said he was angry at Republicans for voting against an investigation after he almost lost his life to protect them.

“I try not to take these things personally, but it’s very personal for me,” Fanone said. 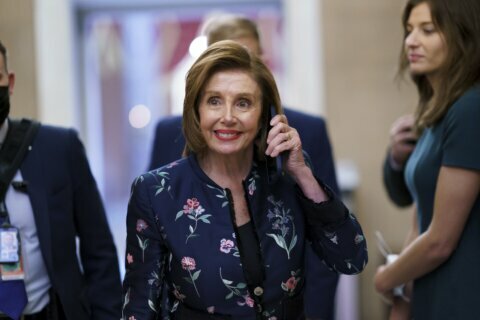 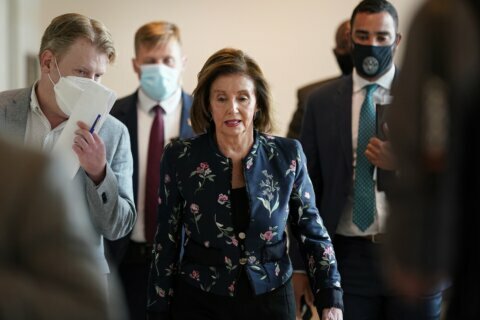