Afghan vet: ‘What have we ended up with at the end of it?’

The Associated Press talked to some of the U.S. veterans of Afghanistan as Americans withdraw, after nearly 20 years.
Listen now to WTOP News WTOP.com | Alexa | Google Home | WTOP App | 103.5 FM
(1/9) 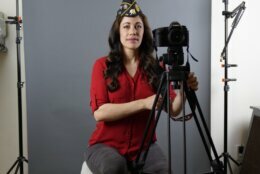 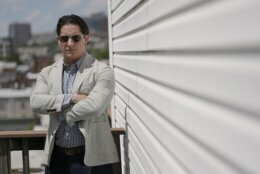 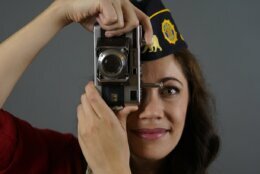 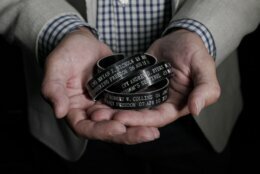 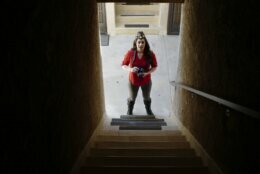 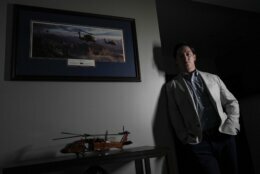 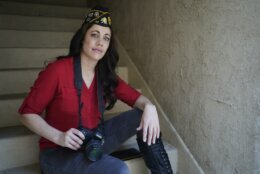 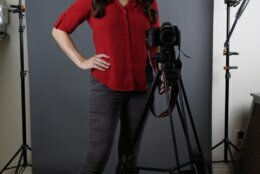 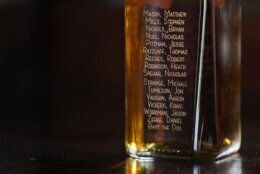 Images of the World Trade Center towers collapsing in New York were still fresh in the minds of the first American troops arriving in Afghanistan, as the U.S. launched an invasion targeting the Afghanistan-based al-Qaida leaders who plotted the attacks of Sept. 11, 2001. More than 800,000 U.S. troops have served in the Central Asian country since then, in a war that quickly expanded to confronting Afghanistan’s Taliban and to nation-building. On Monday, the top U.S. commander in Afghanistan, Gen. Scott Miller, relinquished his command in Kabul, underscoring the winding down of America’s longest war.

One-third of the roughly 4 million troops who served in the post-9/11 wars in Afghanistan and Iraq served multiple tours, some in well-secured bases in times of comparative quiet, others facing improvised explosive devices on the roads, mortar and rocket attacks on their positions, and firefights. While the U.S. quickly succeeded in quelling the al-Qaida fighters behind the 9/11 attacks, Americans leave with the Taliban rapidly claiming fresh territory. Many Afghans fear the return of civil war, or strict Taliban rule, with the Western troops’ departure.

The Associated Press talked to some of the U.S. veterans of Afghanistan as Americans withdraw, after nearly 20 years:

For Andrew Brennan, 36, it’s the days the painful memories subside that bother him. A former Army captain who flew combat missions, Brennan lost one of his closest friends, pilot Bryan Nichols, when his Chinook helicopter was shot down in 2011, killing 30 Americans, seven Afghan soldiers and one interpreter. It was the single deadliest day for U.S. troops during the war.

“As much as I hate admitting it, there are days that go by when I don’t think about Bryan, our crew, and the team guys on the back of that aircraft. And if I don’t think about it and I was that close to it, what do most Americans think?” the Baltimore man wrote in an email to The Associated Press.

Brennan has worn a Killed in Action bracelet in honor of Nichols for nearly a decade. He has worked to get a memorial wall built for 9/11 veterans.

While he honors those who sacrificed their lives, he believes it was a senseless war.

“What have we ended up with at the end of it, other than trillions spent, 7,000+ Americans dead, and more than two broken generations of warriors?” Brennan wrote.

“The only stakeholder group that learned anything through this entire period were politicians: They learned that the American population is so removed from their modern day ‘legions’ that they can do anything with our nation’s all-volunteer military and no one will pay attention or care enough to change it.”

It was on a hot July afternoon in 2010 when her convoy rolled over an IED on a road in Helmand Province four months into her deployment to Afghanistan. Her heart froze as she and her fellow Marines stopped and realized what had occurred. But what followed were only the sounds of daily life.

This was a lucky day.

“For some reason it did not detonate,” the former staff sergeant said.

It was a defining moment to be that close to death, said Brofer, one of the comparatively few female Marines to serve in America’s longest war.

A public affairs officer, Brofer was charged with documenting the stories of troops.

“Those moments in Afghanistan really put everything into perspective for me. Because I really didn’t fully appreciate all of the luxuries that I had been afforded prior to my deployment,” such as hugs from loved ones, hot showers and driving down a road without fear of her vehicle exploding, she said.

Brofer, 38, who now works in the television and film industries in Hollywood, said she feels proud to have served “shoulder-to-shoulder with my male Marine counterparts” in a time of war.

Still, Brofer can’t say whether the war was worth it.

“War is ugly. And sometimes it’s necessary and it’s not like we can go back and change anything. We can only change how we respond in the future,” she said. “When I was deployed it was already considered then the longest war and I think it’s about time that our men and women came home.”

After the United States launched a second war, in Iraq, in 2003, Oklahoma National Guard Sgt. Eran Harrill was one of hundreds of thousands of guard members called to duty as an all-volunteer U.S. military strained to fight two wars simultaneously.

Harrill fought in 2011 as part of a combat unit in Afghanistan’s Laghman Province, as the U.S. surged troops in hopes of crippling Afghanistan’s Taliban. A marketing director and business development executive in Oklahoma City, he patrolled alongside a mechanic, a K-9 police officer, students and other Oklahomans.

“The very first firefight we got in was certainly an aha moment” for the citizen soldiers, Harrill said.

”I think we did some good there, maybe helped some people and prevented some loss of life,” said Harrill, 38, who had always wanted to serve in the military, while some guard colleagues had seen it as a way to bring in money for college. “Was it worth the loss of life we had? I don’t know, that’s for someone else to answer.”

Back home, Harrill served in jobs that included leading Oklahoma City’s Black Chamber of Commerce. He’s developing a directory aimed at identifying which employers are most suitable for members of the military like National Guard members.

That’s after seeing guard members struggle with bosses unhappy over time away for training and deployment, including managers who reached out to a deployed guard member in the field to threaten him with firing if he didn’t return.

“We have a bad habit in this country of putting little yellow ribbons, ‘support our troops,’ in the window,” Harrill said. “But we don’t really support our troops as to how it affects us when the rubber hits the road.”

At odds on myriad issues, US, Russia to hold strategic talks

US airstrike in Somalia is 2nd this week against al-Shabab