As shockwaves spread across the country from the Jan. 6 insurrection at the U.S. Capitol, corporate America took a stand against the lies that powered the mob. Or so it seemed.
Listen now to WTOP News WTOP.com | Alexa | Google Home | WTOP App | 103.5 FM

PROVIDENCE, R.I. (AP) — As shockwaves spread across the country from the Jan. 6 insurrection at the U.S. Capitol, corporate America took a stand against the lies that powered the mob. Or so it seemed.

Dozens of big companies, citing their commitment to democracy, pledged to avoid donating money to the 147 lawmakers who objected to Congress’ certification of Joe Biden’s victory on the false grounds that voting fraud stole the election from then-President Donald Trump.

It was a striking gesture by some of the most familiar names in business but, as it turns out, it was largely an empty one.

Six months later, many of those companies have resumed funneling cash to political action committees that benefit the election efforts of lawmakers whether they objected to the election certification or not. When it comes to seeking political influence through corporate giving, business as usual is back, if it ever left.

Walmart, Pfizer, Intel, General Electric and AT&T are among companies that announced their pledges on behalf of democracy in the days after Trump supporters stormed the Capitol in a violent bid to disrupt the transfer of power.

The companies contend that donating directly to a candidate is not the same as giving to a PAC that supports them. Given America’s porous campaign finance laws, that’s a distinction without a difference to campaign finance experts.

The companies’ argument also glosses over the fact that, in large measure, they did their giving through PACs before their pledge, rather than to individuals, so in many cases nothing changed.

“Pledging not to give to a certain person doesn’t mean that much when there are so many other ways that corporate money reaches elected officials,” said Daniel Weiner, a former senior counsel at the Federal Election Commission who now works at the Brennan Center for Justice at New York University’s law school. “These pledges are largely symbolic.”

Walmart’s moral stand lasted three months. In January, the retail giant said it would suspend all donations to the 147 lawmakers who objected to the election results. But in April, the company gave $30,000 to the National Republican Congressional Committee, the party organization that supports House Republicans in elections.

Two-thirds of those House members voted against certifying Biden’s win.

Walmart gave an additional $30,000 to the House committee’s counterpart for Senate Republicans, the National Republican Senatorial Committee. That group is led by an objector to the election’s certification, Sen. Rick Scott of Florida, who stands to benefit from the contribution along with seven other GOP senators who also sought to overturn the will of voters. Messages left with both committees by The Associated Press were not returned.

In January, after the attack, General Electric said it would “halt donations to lawmakers who voted against certification” because “we believe it is important to ensure that our future contributions continue to reflect our company’s values and commitment to democracy.” But that’s not exactly what happened.

In April, General Electric gave $15,000 each to the House and Senate GOP election groups.

Likewise, Pfizer pledged to suspend contributions to Republican objectors for six months. But after only three months, it gave $20,000 to the GOP’s Senate group. Pfizer spokeswoman Sharon Castillo told the AP that the company drew a distinction between giving money to individual lawmakers and to groups created to help those same lawmakers. “We just don’t think it is an accurate connection,” she said.

Yet she said Pfizer had no commitment from the Senate election committee that the company’s donation would not be used to benefit the eight senators who voted against certification.

Campaign finance experts say there’s no way to know whether the money given to Republican PACs will end up directly in the campaign accounts of incumbents who objected to the election results. These Republican committees, like the ones for Democrats, help incumbents in a variety of ways, whether through direct contributions or technical and professional help with voter data, advertising and get-out-the-vote assistance.

Moreover, corporate donations to the party committees do not include so-called dark money contributions given to groups that are not required to disclose details publicly. Dark money is a favored vehicle for corporate giving.

Many of the lawmakers who objected to the certification leaned heavily on the GOP House and Senate election committees in the past and can be expected to want substantial help from them again.

For the 2020 election, the NRCC passed along contributions to 39 Republican lawmakers who later objected to the election result, compared with 11 who did not. Altogether, the objectors of Jan. 6 got five times more money in total last year than did those who later voted to certify the states’ electoral tallies.

Pfizer, GE, Walmart and other companies contacted by the AP said their criticism of lawmakers who objected to the election results stands.

For other companies, the pledges may just be a cynical attempt to look good in the eyes of the public. Few of the companies that made pledges tended to give big donations to individual lawmakers anyway, preferring the big party PACs or dark money groups.

Weiner said that if companies were serious about using their clout to support democracy, they would fund efforts to defeat Republican measures that would make it harder to vote in many states.

“I don’t think these companies are giving to these groups because they supported the insurrection,” Weiner said. “They give money — and are pressured to give money — for a lot reasons all related to their bottom line.”

Some companies did follow through on their pledges. Hallmark, for instance, said it would not donate to objectors — and the record to date shows no PAC donations by that company this year as well as no direct giving to the 147 objectors.

Hallmark also asked two objectors, Republican Sens. Josh Hawley of Missouri and Roger Marshall of Kansas, to return direct contributions it made to them before the insurrection. Campaign finance records do not yet show those refunds. Messages seeking comment from the two senators were not returned.

Other companies said they would halt campaign contributions following Jan. 6 to give them time to reassess their campaign finance strategy. That list includes Charles Schwab, Citigroup, Archer Daniels Midland and Kraft Heinz.

The money given to Republican groups by companies that pledged not to support objectors is small compared with the huge amounts of cash given overall. Walmart’s $60,000 contribution to the GOP Senate and House committees is just a fraction of the company’s overall political spending on both parties, which last year topped $5 million.

Companies often give money to Democrats and Republicans alike as they try to cultivate good relations with whichever party is in power. The companies behind the pledges are no exception.

Jan. 6 seemed to shake up that calibration. The violent images from the Capitol were so visceral, the assault at the core of American democracy so extraordinary and the falsehoods behind the attack so audacious that some loyal Republicans abandoned their president and denounced the objectors in their ranks.

If the objectors got their way, Senate Republican leader Mitch McConnell of Kentucky said that fraught night, “our democracy would enter a death spiral.”

For a time, all but the 147 seemed on the side of the angels, and corporations jostled to get on board with their pro-democracy pledges. But the devil was in the details. 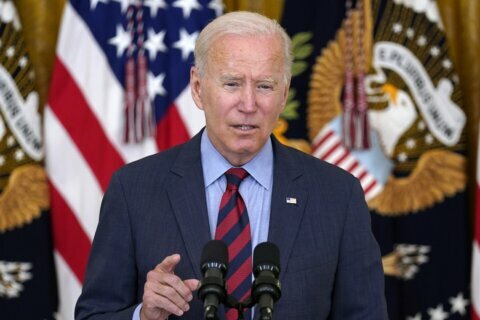 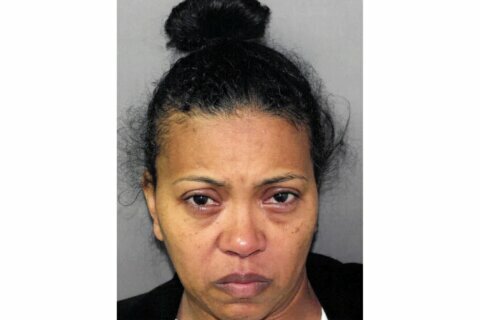