Judge tosses lawsuit from ex-Marine who was jailed in Iran

WASHINGTON (AP) — A judge has thrown out a lawsuit from a former Marine who was jailed in Iran for…
Listen now to WTOP News WTOP.com | Alexa | Google Home | WTOP App | 103.5 FM

WASHINGTON (AP) — A judge has thrown out a lawsuit from a former Marine who was jailed in Iran for more than four years and then denied a multimillion-dollar payout from a special U.S. government victims’ fund after an FBI espionage investigation into his travels.

Judge Richard Hertling of the Court of Federal Claims said in a ruling dated Friday that the court lacked jurisdiction to overturn decisions of the special master who oversees the fund. A lawyer for Amir Hekmati said Tuesday that he was disappointed by the ruling.

“We will, of course, pursue a prompt and vigorous appeal, and we are confident that ultimately the facts will prevail,” said the attorney, Scott D. Gilbert.

Hekmati, who in 2016 was released as part of a prisoner swap, was initially awarded a default judgment after Iran failed to contest his allegations that he was wrongfully imprisoned and brutally tortured there on suspicion that he had been spying for the CIA.

Such awards are made from a fund for victims of state-sponsored terrorism that is administered by the Justice Department through a special master and that caps payments at $20 million, the amount Hekmati and his lawyers say he was entitled to receive.

He was told in late 2017 that his claim was eligible for payment from the fund. But no money came, and the Justice Department told Hekmati’s lawyers in 2019 that it planned to reconsider its earlier position that Hekmati was eligible for an award. Kenneth Feinberg, renowned for overseeing payments to victims of the Sept. 11 attacks, was reappointed special master of the fund for the purpose of reconsidering Hekmati’s claim.

In January 2020, he told Hekmati’s lawyers that he had concluded that Hekmati was ineligible for a payout. He cited documents revealing a decade-old FBI espionage investigation into whether Hekmati had traveled to Iran with the intent of selling classified information.

Feinberg said the records raised questions about whether Hekmati had misled the U.S. government when he said his primary purpose in traveling to Iran was to visit his ailing grandmother.

Hekmati has vigorously disputed the espionage suspicions and has never been charged.

Lawyers for Hekmati, who was raised in Michigan and served as an infantryman and interpreter in Iraq before being honorably discharged from the Marines in 2005, say any suggestion he could have been a spy for Iran is impossible to square with the way he was imprisoned and tortured there. They note that he was initially awarded payment from the fund well after the FBI investigation was underway, and that he’s never faced any charges.

The judge’s 18-page order did not delve into the specifics of the dispute and instead simply turned on a legal question of jurisdiction.

Hekmati’s lawyers plan to keep fighting before a federal appeals court to reverse what Gilbert described as the “Justice Department’s disgraceful attempt to deny him the compensation to which he is clearly entitled.”

“Make no mistake, Amir Hekmati is an American hero, and the actions of our Department of Justice in this matter are anathema to everything we hold dear and that Amir and all other members of our armed forces risk their lives for every day.” Gilbert said in a statement. “We will never stop until justice for Amir Hekmati has been achieved.” 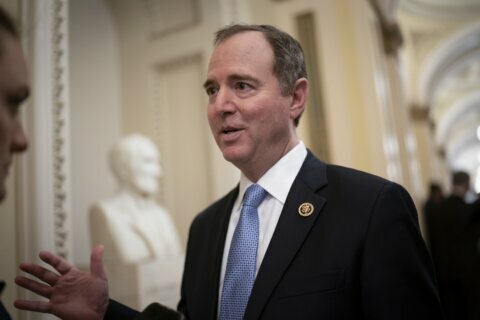