President Biden will face an uphill battle in shepherding his record-setting $2 trillion infrastructure plan through Congress, as most congressional Republicans believe that the package is too expensive, and some Democrats say that it doesn't go far enough.
Listen now to WTOP News WTOP.com | Alexa | Google Home | WTOP App | 103.5 FM

Washington — President Biden will face an uphill battle in shepherding his record-setting $2 trillion infrastructure plan through Congress, as most congressional Republicans believe that the package is too expensive, and some Democrats say that it doesn’t go far enough. But the White House is arguing that many provisions in the proposal are broadly popular with the American people, hoping to convince skeptical members of Congress to support the so-called American Jobs Plan.

The document quotes a poll by the firm Navigator Research from earlier this month, which found that more than 80% of Americans support ideas such as: creating new job training programs for those left behind by closed coal mines and power plants; increasing funding for highway and bridge construction and repair; making more affordable childcare options accessible for all families; and expanding broadband internet access across the country.

The memo says that more than 70% of Americans support expanding family and medical leave for all workers, investing in upgrading public transportation like buses and trains and investments in clean energy infrastructure, like solar panels and wind turbines. It also cites a poll by Data for Progress which found that 63% of Americans would prefer Mr. Biden’s proposal be paid for by raising taxes on the wealthy and on corporations, which the American Jobs Plan would do.

“When you put these two pieces together — incredibly popular investment, and a popular way to pay for it — you get a popular and broadly supported piece of legislation, which is what the American Jobs Plan is. President Biden is proposing a plan that America needs, and that Americans want,” the memo said.

The memo notes that the $1.9 trillion American Rescue Plan was also broadly popular with the American people. However, it only narrowly passed Congress, with no Republican support. The American Jobs Plan is also unlikely to garner any GOP votes, given the price tag and the inclusion of provisions which Republicans say are unrelated to infrastructure. 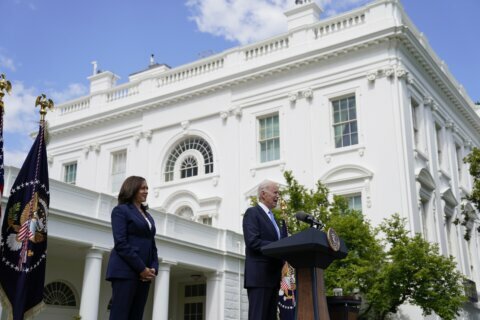