WASHINGTON (AP) — Vice President Kamala Harris told United Nations members on Monday that now is the time for global leaders to begin putting the serious work into how they will respond to the next global pandemic.

The virtual address, Harris’ second to a U.N. body since her inauguration, comes as the United States makes progress on vaccinating the public and much of the world struggles to acquire vaccines.

“At the same time that the world works to get through this pandemic, we also know that we must prepare for the next,” Harris said in remarks released by her office. The closed meeting was co-hosted by U.N. permanent representatives of Argentina, Japan, Norway and South Africa.

The Biden administration will mark its first 100 days in office this week. President Joe Biden is scheduled to address Congress on Wednesday and is certain to highlight the headway his administration has made in responding to the worst public health crisis in the U.S. in more than a century.

Harris’ remarks broadly outline how the administration thinks the U.S. and other nations should consider focusing their attention. The steps include improving accessibility to health systems, investing in science, health workers and the well-being of women, and surging capacity for personal protective equipment and vaccine and test manufacturing.

Harris said much has been learned over the last year about pandemic preparedness and response but that it would be unwise to rest easy.

“We have been reminded that the status quo is not nearly good enough, and that innovation is indeed the path forward,” Harris said.

U.N. Secretary-General Antonio Guterres said in video remarks that the world would have been better prepared “to weather the COVID-19 crisis” if greater progress had been made in achieving U.N. development goals such as eliminating extreme poverty, which now has a 2030 target date, according to U.N. deputy spokesman Farhan Haq.

The U.N. chief said that to prevent new emergencies the world needs to work together, ”make peace with nature, … invest in risk surveillance and social safety nets,” anticipate crises and prepare for future pandemics, Haq said.

The U.S. Mission to the United Nations said Harris and the U.S. ambassador to the United Nations, Linda Thomas-Greenfield, “highlighted the need to take proactive action now to create a lasting global health security architecture that will strengthen health systems and make the world more resilient in the face of future pandemics.”

They called Monday’s meeting “an important first step” toward pandemic preparedness and made clear that preventing the next pandemic will require strong partnerships and collaboration around the world, the U.S. mission said.

Harris and Thomas-Greenfield expressed hope that the dialogue will continue, including at the upcoming Rome Global Health Summit and the World Health Assembly next month, the U.S. Mission readout said.

“The takeaway from this past year is clear: The world barely withstood this pandemic,” Thomas-Greenfield says in excerpts of her prepared remarks. “We must be ready for the next.”

Associated Press writers Darlene Superville in Washington and Edith M. Lederer at the United Nations contributed to this report. 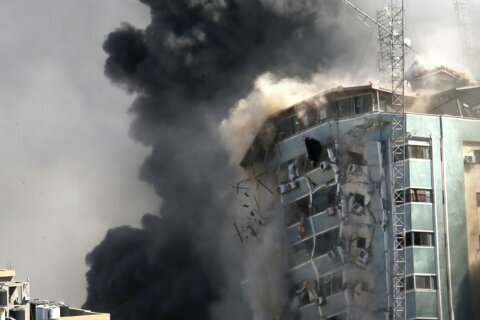 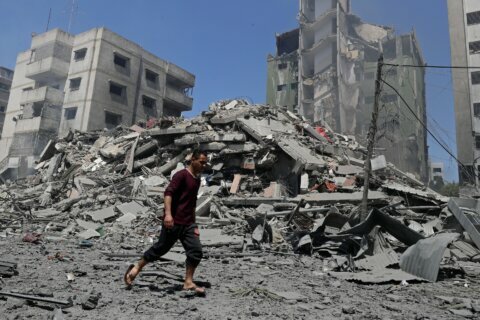 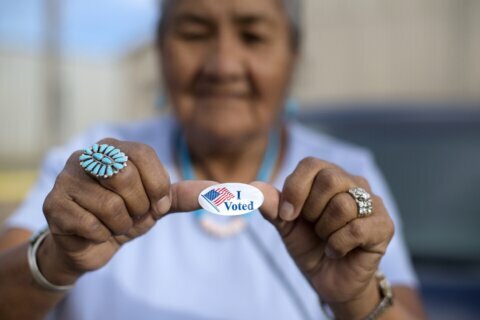