WASHINGTON (AP) — A group of congressional Democrats introduced legislation Thursday to add four seats to the Supreme Court, a long-shot bid designed to counter the court’s rightward tilt during the Trump administration and criticized by Republicans as a potential power grab that would reduce the public’s trust in the judiciary.

President Joe Biden last week created a commission to spend the next six months examining the politically incendiary issues of expanding the court and instituting term limits for justices.

The fight over the composition of the nine-member court has become increasingly contentious over the past two decades, with fierce battles over nominees and acrimonious debates about the politicization of the judicial branch.

But the bill’s introduction had an inauspicious start. House Speaker Nancy Pelosi, D-Calif., said she might not bring it up for a vote if it advanced out of committee and Democratic Sen. Dick Durbin of Illinois, chairman of the Senate Judiciary Committee, was noncommittal as well.

Democratic lawmakers and groups supporting the court expansion bill gathered on the steps of the Supreme Court to make their case.

“Some people say we’re packing the court. We’re not packing it. We’re unpacking it,” said the chairman of the House Judiciary Committee, Rep, Jerrold Nadler, D-N.Y. He said Senate Republican leader Mitch McConnell of Kentucky and the GOP had “packed the court over the last couple of years. This is a reaction to that. It’s a necessary step in the evolution of the court.”

Inside the Capitol, Durbin, made clear that he wanted to wait for the White House’s 36-member commission to report its findings before deciding on a course of action.

“I’m not ready to sign on yet,” Durbin said. “I think this commission of Biden’s is the right move. Let’s think this through carefully. This is historic.”

Pelosi was even more dismissive. The prospect of an expanded Supreme Court is a campaign issue that Republicans will focus on as they target swing districts in their bid to retake the majority. Even before the bill’s introduction, state GOP parties were drawing attention to the effort in an attempt to link vulnerable Democratic members to it.

“I have no plans to bring it to the floor,” Pelosi told reporters.

White House press secretary Jen Psaki said Biden would wait for the commission’s work to “play out,” before taking a position on the matter.

Republicans quickly jumped in to the debate. House Minority Leader Kevin McCarthy, R-Calif., said in a SiriusXM radio interview that no matter what issue comes up this Congress, “this has got to be the most important because, remember, it’s taking over an entire branch of government.”

McConnell quoted the late Justice Ruth Bader Ginsburg, who warned before her death that adding justices to the Supreme Court would make it appear partisan and that “nine seems to be a good number.”

“But the farthest-left activists aren’t interested in the common good. They want power,” McConnell said.

Supporters of expanding the court say Republicans gained an unfair advantage by blocking President Barack Obama’s 2016 nomination of Merrick Garland, a federal appeals judge at the time who is now Biden’s attorney general, under the rationale that it was a presidential election year and the voters should decide. McConnell refused to hold hearings on filling the vacancy after Justice Antonin Scalia’s death, even though the November election was months away.

In their news conference on the Supreme Court steps, the authors and co-sponsors of the legislation framed the proposed expansion as a necessary progression to keep up with a growing nation and a growing case workload. Rep. Hank Johnson, D-Ga., said the court expanded on seven occasions prior to the Civil War, “leaving us today with the historical oddity of 13 circuit courts of appeal and only nine justices.”

Sen. Edward Markey, D-Mass., went right to the anger and frustration that so many Democrats have with the judicial conformation process under Trump and McConnell’s stewardship.

“The Republicans stole two seats on the Supreme Court and now it is up to us to repair that damage,” Markey said. 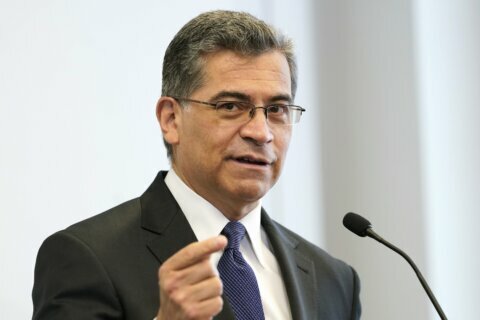 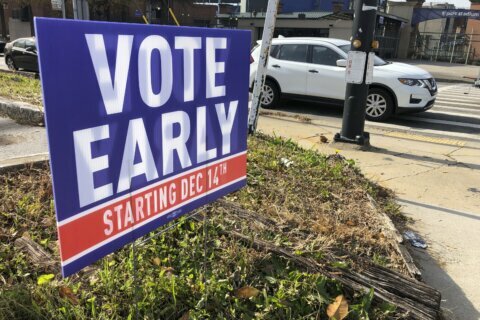