Trump never conceded he lost, but his impeachment lawyer did

WASHINGTON (AP) — One of the lawyers heading former President Donald Trump’s defense at his second impeachment trial did what Trump himself has not: conceded Joe Biden won the presidential election. —

The comments by Castor, a former county prosecutor in Pennsylvania, were a surprising contrast to Trump’s defiance. The former president repeatedly disputed the results of the election, falsely claiming he won in a “landslide.” And he kept up the baseless claims through the end of his presidency, including during a speech at a rally that preceded the Jan. 6 riot at the Capitol, which set in motion his trial on a charge of incitement of insurrection.

“We will stop the steal,” he said at the rally. “Today I will lay out just some of the evidence proving that we won this election, and we won it by a landslide. This was not a close election.”

There was no widespread fraud in the election, as has been confirmed by election officials across the country and former Attorney General William Barr. Dozens of legal challenges to the election put forth by Trump and his allies were dismissed.

After the riot stunned the country, Trump acknowledged that a transition of power would occur. In a statement tweeted Jan. 7 by his social media director, Dan Scavino, he said: “Even though I totally disagree with the outcome of the election, and the facts bear me out, nevertheless there will be an orderly transition on Jan. 20.”

Trump watched Tuesday’s proceedings from his Mar-a-Lago club in Florida, where he was furious about his lawyers’ performance. According to a person familiar with his thinking, Trump was impressed with a video compilation of the riot that Democrats showed in their opening presentation and thought his team looked shoddy in comparison. The person spoke on condition of anonymity to describe private conversations.

In the past, including during his first impeachment trial, Trump has touted the arguments of his own lawyers, including Rudy Giuliani and Alan Dershowitz. But Trump’s suspension from Twitter meant no real-time public review of Castor’s performance or the performance of Trump’s other lawyer, David Schoen, a frequent legal commentator on TV.

Dershowitz, for his part, was critical of Castor’s performance generally. In a television interview on Newsmax, Dershowitz blasted Castor’s winding comments.

Castor acknowledged more than once that Trump lost the election. He argued that Trump can’t be impeached after leaving office because the Constitution says the punishment for impeachment “shall not extend further than to removal from office.”

“President Trump no longer is in office. The object of the Constitution has been achieved. He was removed by the voters,” Castor said.

Trump, for his part, never acknowledged his departure was the voters’ will. While Vice President Mike Pence called his successor, Kamala Harris, to offer his congratulations, Trump made no similar call to Biden. He also skipped the inauguration, the first president to do so since Andrew Johnson. Trump did follow tradition and leave a personal note for Biden in the Oval Office. Biden would only tell reporters that it was “a very generous letter.”

This story was first published on February 9, 2021. It was updated on February 10, 2021 to correct the reference to the last president to skip the inauguration. It was Andrew Johnson, not Andrew Jackson. 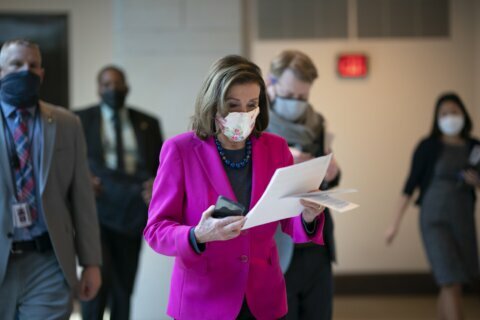 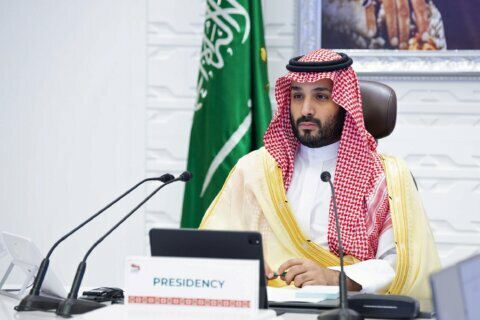