O’FALLON, Mo. (AP) — A Republican colleague rebuked him on the Senate floor. A home-state newspaper editorial board declared he has “blood on his hands.” But for Josh Hawley, the Missouri senator who staged an Electoral College challenge that became the focus of a violent siege of the U.S. Capitol, the words of his political mentor were the most personal.

“Supporting Josh Hawley … was the worst decision I’ve ever made in my life,” former Missouri Sen. John Danforth told The Associated Press on Thursday. “He has consciously appealed to the worst. He has attempted to drive us apart and he has undermined public belief in our democracy. And that’s great damage.”

Aside from President Donald Trump, who roiled up supporters just before they stormed the Capitol, no politician has been more publicly blamed for Wednesday’s unprecedented assault on American democracy than Hawley. The 41-year-old first-term senator, a second-tier player through much of the Trump era, has rapidly emerged as a strident Trump ally, and may be among the most tarnished by the events of Jan. 6 for years to come.

“There will be political fallout for his actions,” said Alice Stewart, a Republican strategist and former adviser to the 2016 presidential campaign of Texas Sen. Ted Cruz, who like Hawley, drew significant criticism for pushing ahead with the Electoral College challenge.

“The initial decision to oppose the will of the people was downright wrong,” Stewart said. “The post-insurrection calculation to continue the charade is fallacious and dangerous.”

The Kansas City Star went a step further, saying in an editorial posted late Wednesday that no one other than Trump was more responsible than Hawley.

“Assault on democracy: Sen. Josh Hawley has blood on his hands in Capitol coup attempt,” read the headline of the editorial.

Hawley, who defeated Democratic Sen. Claire McCaskill in 2018, was once celebrated by the Republican establishment as a rising star. The Stanford- and Yale- educated lawyer was young, ambitious and savvy. It surprised some when he was first to announce he would endorse false claims of fraud and take up Trump’s cause, forcing House and Senate votes that would inevitably fail and in no way alter the election’s outcome.

Support of the challenge to the electoral vote count was seen as keeping in good stead with Trump’s supporters, who dominate the Republican base. The move instantly raised his national profile. Soon Hawley and Cruz were leading about 10 other senators in the effort — notably not winning over Sens. Ben Sasse of Nebraska or Tom Cotton of Arkansas, two other young Republicans viewed as having presidential ambitions.

As he walked into the Capitol on Wednesday, Hawley cheered on pro-Trump protesters gathering outside the building with a thumbs up and fist pump.

But Hawley’s scheme fell apart almost before it got going. As the Senate began debate, pro-Trump mobs barreled into the Capitol and interrupted proceedings. By the time the Senate reconvened, after one woman was shot and killed by police and parts of the Capitol ransacked, support in the Senate for challenging the results had all but evaporated.

Dozens of courts, state elections officials and even Trump’s former attorney general have said there was no evidence of widespread election fraud. Still, Hawley asked his Senate colleagues “to address the concerns of so many millions of Americans” by investigating the 2020 vote.

He faced instant rebuke from his own party. Seated near Hawley, Utah Sen. Mitt Romney blasted those who objected to finalizing President-elect Joe Biden’s election.

Accusing Trump of inciting insurrection, Romney said “those who choose to continue to support his dangerous gambit by objecting to the results of a legitimate democratic election will forever be seen as being complicit in an unprecedented attack against our democracy.”

“That will be their legacy,” he added.

President-elect Joe Biden echoed the sentiment, calling Hawley and Cruz “just as responsible” as Trump for Wednesday’s violence, during a press conference Friday.

“I think the American public has a real good clear look at who they are. They are part of the big lie,” Biden said, stopping short of suggesting they resign. “I think they should just be flat beaten the next time they run.”

Hawley’s responded with outrage after Biden likened the practice of repeating a falsehood to Nazi propaganda efforts during World War II.

“He is calling me a Nazi,” Hawley said. “It is utterly shameful. He should act like a dignified adult and retract these sick comments. And every Democrat member of Congress should be asked to disavow these disgusting comments.”

The reaction was similarly combative to Hawley’s response after Simon and Schuster announced in a statement Thursday the cancellation of his upcoming book, “The Tyranny of Big Tech,” after “his role in what became a dangerous threat to our democracy and freedom.”

Hawley called the decision a “direct assault on the First Amendment,” in a written statement. “I will fight this cancel culture with everything I have,” he said. “We’ll see you in court.”

In the deeply divided GOP, Romney’s and other outraged Republicans’ may not be the prevailing view. In Missouri, where Trump won by 15 percentage points, some argued Hawley was blameless.

“For people to blame Sen. Hawley for the people that came up to the Capitol to break the windows — and came wearing helmets and trying to break in — that’s absurd,” said Republican state Rep. Justin Hill. Hill was the lead sponsor of a Missouri House resolution to reject some states’ Electoral College votes and attended Trump’s rally before the Capitol riot.

At least one major donor turned on Hawley, calling him a “political opportunist” and urging the Senate to censure him.

David Humphreys, president and CEO of Tamko Building Products in Joplin, Missouri, after contributing millions to Hawley and other GOP candidates, wrote “Hawley’s irresponsible, inflammatory, and dangerous tactics have incited violence and further discord across America.”

The pile-on continued. The student bar association at the University of Missouri law school, where Hawley taught, issued a statement calling for his resignation.

Danforth, known in the Senate for his cordiality during his three terms, saw “intellectual heft” in Hawley as he urged him to run.

Now Danforth wonders how Hawley will be able to work with his Senate colleagues, even Republicans, moving forward. 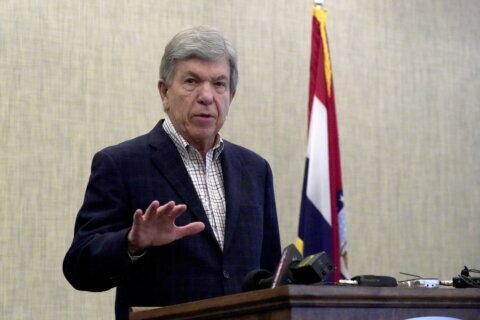 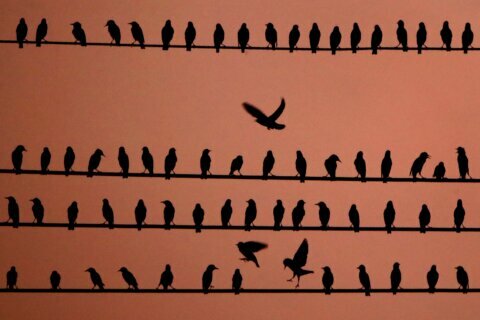