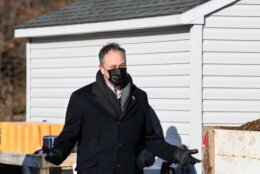 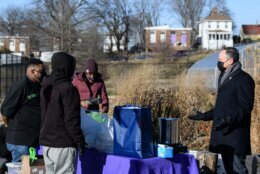 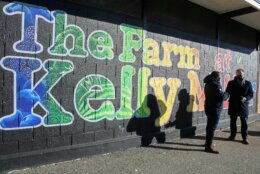 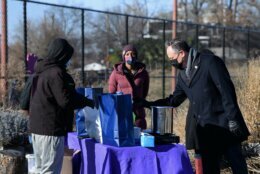 Emhoff said during the campaign that he would use his groundbreaking role to elevate the issue.

His first solo appearance as the spouse of Kamala Harris, the first woman to be elected vice president, was to meet with representatives of a nonprofit organization with the dual mission of decreasing food insecurity and increasing economic opportunity.

“We’re seeing what we’re seeing on the news with lines of cars,” Emhoff told reporters before leaving Kelly Miller Middle School in Washington. He was referring to TV news reports about how the economic hardship caused by the pandemic has forced many people to turn to food banks.

“It’s got to be an issue for everybody,” he said. “So, I want to do what I can to amplify it. I think it’s something everyone needs to be concerned about.”

Emhoff — who will become known in Washington circles by the clumsy sounding acronym “SGOTUS” for second gentleman of the United States — arrived at the rear of the school on a biting cold and blustery afternoon in a motorcade of three black SUVs. He walked up a staircase and exchanged elbow bumps with Christopher Bradshaw, executive director and founder of the nonprofit Dreaming Out Loud.

The nonprofit organizes community farmers markets where residents can buy produce from local farmers using food stamps. It operates a farm at the middle school and has partnered with other organizations to create mobile food distribution sites in some of Washington’s less well-off neighborhoods.

Bradshaw led Emhoff on a tour of the garden, including a compost area and new greenhouse.

Asked what he learned during the roughly half-hour visit, Emhoff said it was “so amazing to see the passion, the way these folks are approaching it.”

“This is great. We’re in very good hands,” he said.

Emhoff said he would discuss the visit with his wife, as he always does.

Before the outing, Emhoff, 56, taught his first class as a member of the faculty at Georgetown Law. He is a longtime entertainment attorney who gave up his career after Harris became President Joe Biden’s running mate.

Earlier in the day, Emhoff took note in a tweet of the addition of his title to the dictionary.

“Well, now it’s official,” he tweeted. “@MerriamWebster just added “Second Gentleman” to the dictionary. I might be the first, but I won’t be the last.” 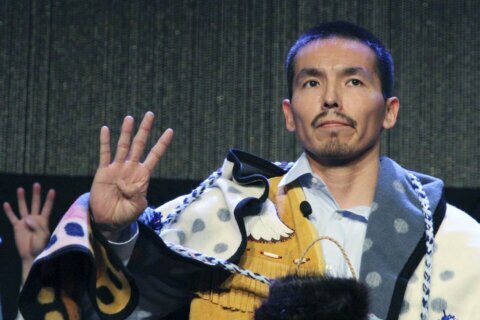