NEWARK, Del. (AP) — President-elect Joe Biden received his second dose of the coronavirus vaccine on Monday, three weeks after getting his first one with television cameras rolling in an attempt to reassure the American public that the inoculations are safe.

Scenes of the procedure aired on cable news moments after it occurred.

Biden got his first shot on Dec. 21. The virus has now killed more than 375,000 people in the United States — about 60,000 more than when the president-elect got his first round of vaccination — and continues to upend life around the globe.

In comments to reporters after his shot, Biden said he has confidence in his COVID-19 medical team to hit ambitious vaccination rate targets after he takes office on Jan. 20. He also called the current rate of thousands of people dying daily because of the pandemic “beyond the pale.”

“The No. 1 priority is getting vaccines in people’s arms as rapidly as we can,” Biden said.

He also said he’d spoken to Senate leaders about splitting time between approving key Cabinet nominations for his new administration and proceeding with an impeachment trial against President Donald Trump.

The House is preparing articles of impeachment against Trump — for an unprecedented second time — for helping incite last week’s violent insurrection at the U.S. Capitol. Biden told reporters he’d mentioned the possibility of going “a half day on dealing with impeachment, a half day on getting my people nominated and confirmed in the Senate, as well as moving on the package” for further actions related to the coronavirus and economic aid.

Biden said he has a virtual meeting later Monday with his virus team and planned to outline more of his pandemic response plan on Thursday. His transition team has vowed to release as many vaccine doses as possible, rather than continuing the Trump administration policy of holding back millions of doses to ensure there would be enough supply to allow those getting the first shot to get a second one.

Biden’s goal is to protect more people, more quickly, his team announced last week. The plan would not involve cutting two-dose vaccines in half, a strategy that top government scientists recommend against. Instead, it would accelerate shipment of the first doses and use the levers of government power to provide required second doses in a timely manner.

Like Biden, Vice President Mike Pence and other national leaders got pre-Christmas, first rounds of vaccinations.

Trump did not. He was hospitalized with COVID-19 in October and given an experimental monoclonal antibody treatment that he credited for his swift recovery. A Centers for Disease Control and Prevention advisory board has said people who received that treatment should wait at least 90 days to be vaccinated to avoid any potential interference. 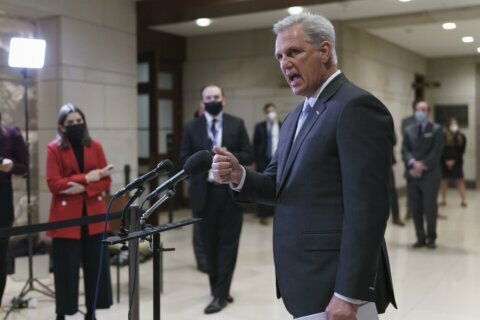 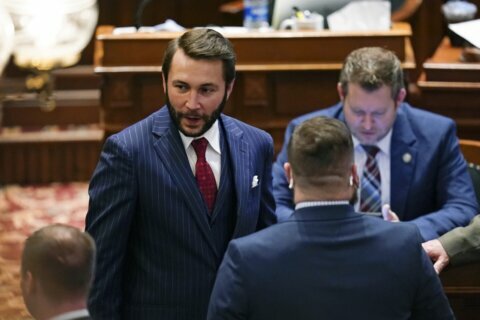