HARRISBURG, Pa. (AP) — Republican state senators in Pennsylvania were invited to a White House lunch Wednesday as President Donald Trump persists in talk of overturning his loss in the U.S. Supreme Court and baselessly maintains that Democrats stole the battleground state from him.

A spokesperson for the caucus said every Republican senator received the invitation by email this week. It was unclear who decided to go, said the spokesperson, Jennifer Kocher.

A copy of the invitation obtained by The Associated Press mentions the luncheon with the president but gives no agenda. The event was not on Trump’s public schedule.

Sen. Doug Mastriano then forwarded it by email Tuesday to every senator as a reminder, advising them to fill out security details in the RSVP “if you would like to join us for lunch with POTUS at the White House tomorrow.”

Mastriano did not immediately return messages left on his cellphone Wednesday.

The invitation arrived about a month after Republican state lawmakers from Pennsylvania held a public hearing in Gettysburg, without sworn testimony or Democratic lawmakers present, to discuss efforts to overturn President-elect Joe Biden’s victory with Trump lawyers Rudy Giuliani and Jenna Ellis.

Most attendees went maskless at the packed public meeting. Some of the lawmakers later went to the White House to meet with Trump.

One of the lawmakers there, Mastriano, revealed five days later that he had contracted the coronavirus. Mastriano revealed the diagnosis in a Facebook live video, one day after The Associated Press reported that Mastriano was informed of the positive test while in the West Wing.

Top state Republican lawmakers have rebuffed overtures that they vote to send Trump’s electors to Congress. However, 64 Republicans in Pennsylvania’s Legislature — fewer than half the total, but including House GOP leaders — did sign a statement urging members of Congress to block Pennsylvania’s electoral votes from being cast for Biden.

Biden orders review of domestic extremism threat in US 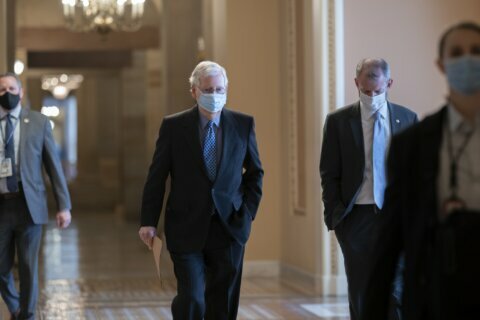 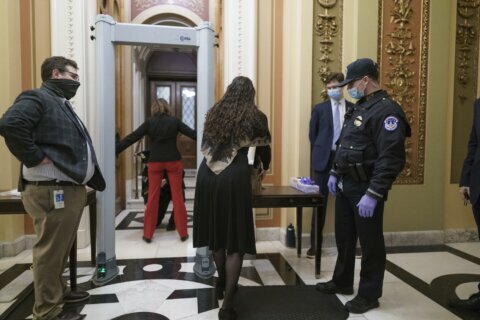