Biden’s team vows action against hack as US threats persist

Contradicting his secretary of state and other top officials, President Donald Trump suggested without evidence that China — not Russia — may be behind the cyber espionage operation against the United States and tried to minimize its impact.
Listen now to WTOP News WTOP.com | Alexa | Google Home | WTOP App | 103.5 FM

WASHINGTON (AP) — Once in office, President-elect Joe Biden will punish Russia for its suspected cyberespionage operation against the United States with financial sanctions and measures to hobble the Kremlin’s ability to launch future hacks, his chief of staff said Sunday, as a GOP senator criticized President Donald Trump for having a “blind spot” when it comes to Moscow.

“Those who are responsible are going to face consequences for it,” said Biden chief of staff Ron Klain. “It’s not just sanctions. It’s also steps and things we could do to degrade the capacity of foreign actors to repeat this sort of attack or, worse still, engage in even more dangerous attacks.”

The head of the cybersecurity firm FireEye, which disclosed that it had been targeted by the spying attempt, said it was clear the foreign intrusions were not “one and done” and suggested there was little time to spare before the next one.

“These attacks will continue to escalate, and get worse if we do nothing,” said CEO Kevin Mandia.

Cybersecurity experts and U.S. officials such as Secretary of State Mike Pompeo have been clear over the past week that they believe Russia was behind the massive hack that infiltrated over 40 federal agencies, including the departments of Treasury, Energy and Commerce, as well as government contractors.

But Trump over the weekend cast doubt on that assessment, suggesting without evidence that China may be behind the cyber intrusions and minimizing the impact. “The Cyber Hack is far greater in the Fake News Media than in actuality. I have been fully briefed and everything is well under control,” Trump tweeted, contradicting his own cybersecurity agency, which described the hacks as a “grave” threat.

“I think we’ve come to recognize that the president has a blind spot when it comes to Russia,” Romney added, urging an immediate response and calling cyberspace the “warfare of the future.”

While Trump downplayed the impact of the hacks, the Cybersecurity and Infrastructure Security Agency has said it compromised federal agencies as well as “critical infrastructure.” Homeland Security, the agency’s parent department, defines such infrastructure as any “vital” assets to the U.S. or its economy, a broad category that could include power plants and financial institutions.

It’s not clear exactly what the hackers were seeking, but experts say it could include nuclear secrets, blueprints for advanced weaponry, COVID-19 vaccine-related research and information for dossiers on government and industry leaders.

Still, it may take months to kick elite hackers out of the U.S. government networks they have been quietly rifling through since as far back as March. Christopher Krebs, former director of CISA, highlighted the challenges ahead as Trump dismisses the threat and Biden prepares for his Jan. 20 inauguration.

“The federal civilian agencies, the 101 civilian agencies, are not really optimized for defense right now,” Krebs said. “And what that means is, there’s a lot of old antiquated, legacy IT systems that are hard to defend. Plus, the authorities are not in place for teams like CISA to really get out there and aggressively root out adversaries.”

Throughout his presidency, Trump has refused to blame Russia for well-documented hostilities, including its interference in the 2016 election to help him get elected. He blamed his predecessor, Barack Obama, for Russia’s annexation of Crimea, has endorsed allowing Russia to return to the G-7 group of nations and has never taken the country to task for allegedly putting bounties on U.S. soldiers in Afghanistan.

Klain said the incoming administration was still learning information about the purpose, nature and extent of the hacks and faulted the confused messaging from the Trump administration on who’s to blame.

Klain and Mandia spoke on CBS’ “Face the Nation,” Krebs was on CNN’s “State of the Union,” and Romney was on CNN and NBC’s “Meet the Press.” 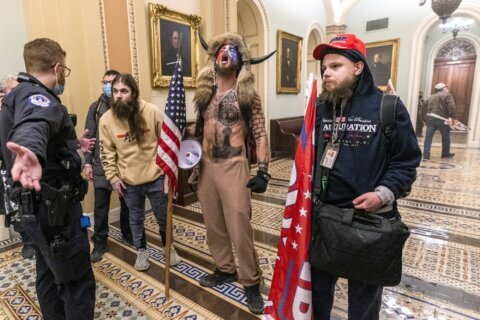 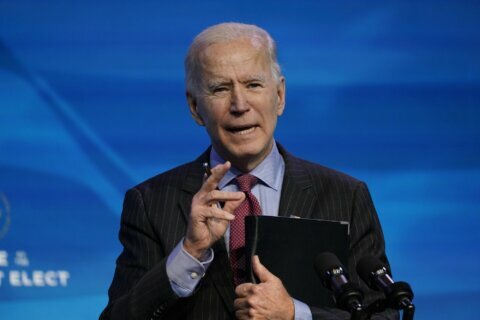