President-elect Joe Biden's transition team is having new problems with the Trump administration, the latest in a series of clashes between them. There is disagreement over access to the Pentagon, according to CBS News' Ed O'Keefe.
Listen now to WTOP News WTOP.com | Alexa | Google Home | WTOP App | 103.5 FM

President-elect Joe Biden’s transition team is having new problems with the Trump administration, the latest in a series of clashes between them. There is disagreement over access to the Pentagon, according to CBS News’ Ed O’Keefe.

Acting Defense Secretary Chris Miller said his team and the president-elect’s office mutually agreed to put off some meetings scheduled for Friday until after the holidays. However, Yohannes Abraham, the Biden-Harris transition’s executive director, told reporters Friday that agreement was not made.

He said Mr. Biden’s team continues to face “isolated resistance” from political appointees in the Defense Department, and similar issues at a few other agencies he declined to name.

Miller said the Pentagon has fulfilled hundreds of interview requests with personnel and handed over thousands of pages of documents. The Pentagon also announced it would suspend daily security briefings for the rest of the year, for what it calls a “holiday break.”

The rift comes as the president-elect is set to announce more historic Cabinet appointments.

He is expected to nominate New Mexico Congresswoman Deb Haaland to serve as head of the Interior Department, the first Native American woman in the role. The Interior Department has oversight of about one-fifth of the nation’s land, including federally-controlled tribal areas.

The president-elect’s aides have not yet said whether he might return to Georgia ahead of the January 5 runoff.

Mr. Biden and Dr. Jill Biden are set to make good on a pledge to publicly take the COVID-19 vaccine Monday. Harris and her husband will take the vaccine the following week. 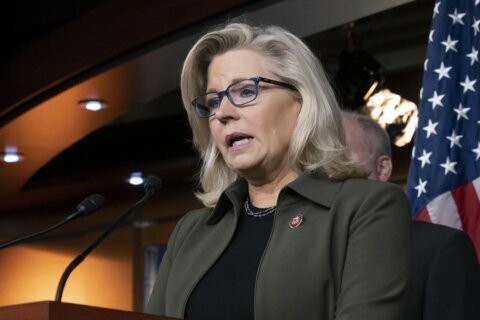