‘PRETTY MUCH OVER’: For weeks, President Donald Trump has been on a mission to convince his loyal base that his victory was stolen and the contest was rigged. Polls show he’s had considerable success. But now that the Electoral College has formalized Joe Biden’s win and Republican officials, including Senate Leader Mitch McConnell, are finally acknowledging Biden as president-elect, many Trump voters across the country seem to be doing the same.

REALITY CHECK: More than a month after the election, some of the nation’s highest-profile Republican holdouts are beginning to embrace reality. They’re coming to terms with the fact that Biden will be soon be president. Biden spoke with McConnell, and the Senate majority leader publicly congratulated the Democrat on his victory. And Sen. Lindsey Graham, a close ally of Trump, says he’s spoken with Biden and some of his Cabinet picks.

BIDEN’S CHALLENGE: After months of being cautious about COVID-19, the president-elect’s prudence will be tested by technology and tradition when his new administration takes over on Jan. 20. White House computers don’t allow the popular video conference software Zoom. Government-issue cellphones only gained texting capabilities a few years ago. And many employees will need to be present at the White House to access classified information.

BUTTIGIEG TAPPED: Biden nominated his former rival Pete Buttigieg as secretary of transportation and intends to choose former Michigan Gov. Jennifer Granholm as his energy secretary. Biden also plans to tap Gina McCarthy, a former Environmental Protection Agency chief, for the powerful new position of domestic climate chief to run his ambitious climate plans across the federal government. All three will be central to Biden’s plan to remake the country’s automobile and transportation systems to quickly cut climate-damaging petroleum emissions.

PANDEMIC RELIEF HOPE: As Congress debates additional financial relief during the coronavirus pandemic, Georgia voters who say they’re suffering are calling for action. It’s a top issue on some voters’ minds as they cast their ballots in advance of the Jan. 5 runoffs that will determine which party controls the U.S. Senate. Democrats are emphasizing the issue. Republicans, meanwhile, are taking credit for an earlier massive relief package that included money to help struggling small businesses.

QUOTABLE: “Many of us had hoped the presidential election would yield a different result. But our system of government has the processes to determine who will be sworn in on Jan. 20. The Electoral College has spoken.” — McConnell, who finally acknowledged Biden’s victory nearly six weeks after Election Day. 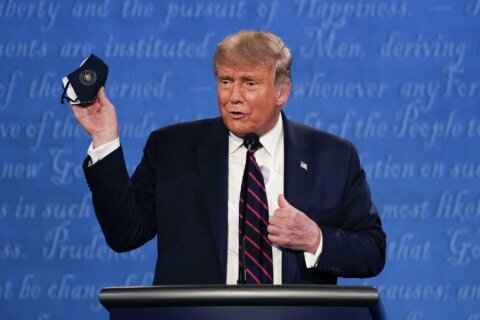 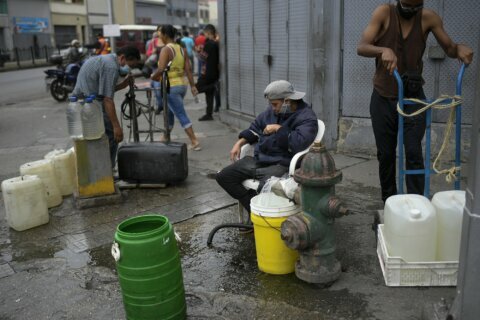