CORONAVIRUS NEWS: CDC to shorten guidance for quarantine | Who will get the vaccine first? | Health tips during the pandemic | Latest test results
Home » Government News » EXPLAINER: Why AP called…

WHY AP CALLED NEVADA FOR BIDEN:

When the race was called, the AP had already declared the Democrat had won Pennsylvania — and with it the presidency.

But a quicker result in Nevada could easily have pushed Biden over the 270 electoral threshold needed to win, too.

Vote tabulation there has been a slow going process. Though 88 percent of the expected vote has been counted, mail ballots postmarked by the Nov. 3 election day can be counted until Tuesday. And there were tens of thousands of provisional ballots left to sort through.

The AP called the race for Biden after a ballots released Saturday, nearly all of which were from Clark County, a Democratic area where most of the state’s voters live, confirmed that Trump could not catch up.

Biden won those new votes by a margin of 57% over Trump. The Nevada Secretary of State’s office says 90 percent of remaining ballot to be counted are from Clark County, which Biden was winning overall by about 10 percentage points on Saturday.

One reason the call couldn’t be made until Saturday was there had been questions Friday about how much of the vote was left to count across the state, including these:

— Clark County officials said Thursday that they would be releasing the results of 51,000 ballots on Friday. But they later clarified that they had overestimated the size of the batch and released results from about 30,000 ballots instead.

— Separately, state officials said Thursday that there were about 190,000 votes left to count statewide, a total that included mail ballots and provisional ballots from voters who registered or updated their registration at the polls. But it was unclear if that figure took into account the overestimated number of ballots by Clark County election officials.

In a tight race, that can delay a call. For example, in the 2004 race between George W. Bush and John Kerry, the AP did not call the winner of the election in Ohio until it was able to confirm that Bush’s lead exceeded the number of provisional ballots left to be counted.

Nevada, once a swing state, has trended toward Democrats in the past decade. But this year there were signs that Trump could have an opening after narrowly losing the state in 2016. He held multiple rallies in the state in the months before the election.

In 2016, he performed better than Mitt Romney did in 2012. or John McCain in 2008. The state also has has a higher percentage of non-college-educated whites, who have made up the base of his electoral support, than in many other pivotal states, including Florida, Arizona, Michigan, Pennsylvania and Wisconsin.

Bush was the last Republican to win there, in 2004. 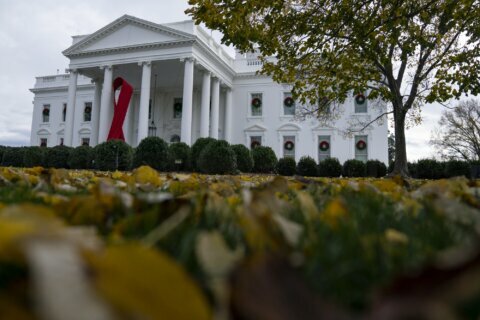