Arizona will send two Democrats to the Senate for the first time in nearly 70 years when Kelly joins Kyrsten Sinema in Washington.

Kelly, a former astronaut, defeated Republican Martha McSally, who was appointed to the seat by GOP Gov. Doug Ducey after McCain’s death in 2018.

In his first run for political office, Kelly positioned himself as a pragmatic centrist with no patience for Washington partisanship. When the coronavirus pandemic struck, he retreated to mostly online outreach, minimizing face-to-face campaigning while blasting McSally and President Donald Trump for allowing the pandemic to get out of control.

“The work starts now. And we desperately need Washington to work for Arizona,” Kelly told a small group of family and reporters gathered for his victory speech in Tucson. “My top priority is making sure we have a plan to slow the spread of this virus, and then getting Arizona the resources our state needs right now.”

Kelly flew four space shuttle missions and leaned heavily on his NASA background in campaign ads and speeches, but he’s perhaps best known in Arizona as the husband of former Democratic U.S. Rep. Gabrielle Giffords, who was shot in the head in an assassination attempt during a constituent event in Tucson in 2011.

Giffords introduced Kelly when he launched his campaign, appeared in a television ad for him and joined him at events for supporters in the campaign’s closing days.

McSally did not speak publicly, nor did she concede.

“Hundreds of thousands of votes have still not been counted,” McSally’s spokeswoman, Caroline Anderegg, said in an email. “Every Arizonan deserves to have their voice heard and vote counted. We continue to monitor returns. The voters of Arizona decide this election, not media outlets.”

An influx of new voters in the fast-growing suburbs of Phoenix and extensive get-out-the-vote effort in the Latino communities in Phoenix and Tucson helped put Arizona, a longtime Republican stronghold, in play for Democrats. The trend accelerated with a shift away from the GOP among white suburban women who turned against Trump.

The 2018 victory of Sinema, the first Democrat to win an Arizona Senate seat in 30 years, illustrated the changing nature of the state.

McSally was a trailblazing woman in the U.S. Air Force — the first woman to fly in combat and to lead a fighter squadron. More recently, she revealed a darker side of her military career, disclosing last year that she was raped by a superior officer.

Kelly flew combat missions for the Navy during Operation Desert Storm before becoming a test pilot and later an astronaut. He flew four missions to the International Space Station. After Giffords was shot, the couple founded a group that works to elect lawmakers who support gun control.

Kelly had a big fundraising advantage, outraising McSally by more than $30 million through Oct. 14. Both candidates shattered fundraising records for Arizona, raising more than $146 million between them, more than triple the combined spending on the 2018 McSally-Sinema race. Independent groups spent tens of millions more to sway voters.

That money flooded airwaves, websites and mailboxes with ads.

Democrats portrayed Kelly as an independent thinker not beholden to either party. They slammed McSally’s votes to repeal the federal health care law, which they said would make it expensive, if not impossible, for people with preexisting conditions to get health care coverage.

Republicans presented McSally as a tough-minded fighter on behalf of Arizona residents. They targeted Kelly’s business ties to China, pointing to an investment from a Chinese firm in a business Kelly co-founded and alleging he would “do anything for a buck and say anything for a vote.”

McSally also tried to deflate Kelly’s independent image by linking him to left-wing members of his party, such as Vermont Sen. Bernie Sanders and Minnesota Rep. Ilhan Omar.

She warned that a Kelly victory could give Democrats control of the Senate and usher in liberal priorities such as Medicare for all and the Democratic Green New Deal climate plan, though Kelly has said he opposes both.

Kelly will take office as early as Nov. 30, finish the last two years of McCain’s term and then face reelection in 2022. 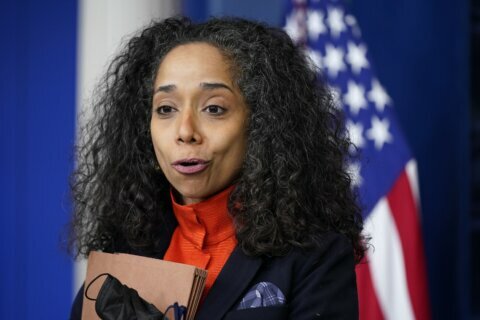 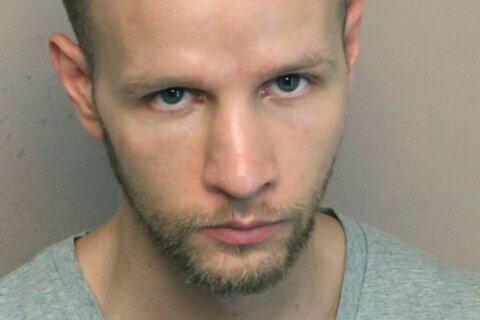