WASHINGTON (AP) — The Latest on President Donald Trump’s health after his COVID-19 diagnosis, and that of other White House aides, officials (all times local):

A senior administration official said Miller had previously tested negative as White House officials have tried to contain an outbreak on the complex that has infected Trump, the first lady and more than a dozen other aides and associates.

Miller is an architect of the president’s “America First” foreign policy and restrictive immigration measures.

His wife, Katie Miller, who serves as communications director to Vice President Mike Pence, previously had the virus and tested negative after the last time she saw him. Katie Miller had been in Salt Lake City with Pence, where he is preparing to debate Democratic vice presidential nominee Kamala Harris, but she left as soon as she found out about her husband’s diagnosis.

House Speaker Nancy Pelosi says President Donald Trump is “putting himself first at the expense of the country” by halting negotiations over a new coronavirus aid package from Congress.

Pelosi said Tuesday that Trump “showed his true colors” in stopping the talks between congressional leaders and the White House that have been aimed at bringing some $2 trillion in new aid to fight the coronavirus.

The Democratic leader says by “walking away,” Trump is “unwilling to crush the virus” and is abandoning the needs of children and other Americans.

Trump announced the move less than 24 hours after he returned to the White House from a three-day hospital stay while fighting his own bout with the coronavirus.

Pelosi says the White House is clearly in “disarray.”

The speaker has been in talks with Treasury Secretary Steven Mnuchin trying to revive a massive new round of COVID-19 aid.

President Donald Trump says he has instructed aides to stop negotiating on a coronavirus aid plan until after the election, roiling stock markets hoping for an economic boost for hard-hit industries such as the airlines.

Trump, who has the coronavirus himself, tweeted Tuesday that House Speaker Nancy Pelosi was not negotiating in good faith. He says, “I have instructed my representatives to stop negotiating until after the election when, immediately after I win, we will pass a major Stimulus Bill that focuses on hardworking Americans and Small Business.”

The Democratic-led House passed a $2.2 trillion relief bill last week. The White House said at the time that it had raised the price tag on its own proposal to $1.6 trillion. But bridging that difference has proved difficult.

Sen. Kamala Harris tested negative for the coronavirus on Monday, two days before her debate with Vice President Mike Pence.

A campaign aide shared the results on Tuesday. The campaign did not respond to questions about if and when she would be tested again ahead of Wednesday’s debate.

Harris, the Democratic vice presidential nominee, and Pence will participate in a 90-minute debate at the University of Utah in Salt Lake City. A plexiglass shield will be between them as a precaution against possible virus transmission. They will not wear masks on stage, nor will the moderator.

The Commission on Presidential Debates requires everyone accessing the debate site to have tested negative. Both Harris and Pence are currently in Utah preparing.

Vice President Mike Pence’s doctor says Pence does not need to quarantine and has continued to test negative for COVID-19 as he prepares for Wednesday’s vice presidential debate.

White House physician Dr. Jesse Taylor Schonau says in a memo released Tuesday that Pence “has remained healthy, without any COVID-19 symptoms” and has continued daily tests, which have all come back negative.

The doctor said Pence is not considered to have had close contact with anyone who has tested positive this week, including President Donald Trump and some of his senior aides, according to Centers for Disease Control and Prevention guidelines.

The CDC defines close contact as having been within six feet of someone for 15 minutes or more.

The memo says Pence “is encouraged to go about his normal activities and does not need to quarantine.”

President Donald Trump’s physician says the president is experiencing “no symptoms” of COVID-19 after returning home from the hospital Monday night.

His physician, Navy Cmdr. Sean Conley, says in a new memo released by the White House that the president’s medical team met with him in the residence Tuesday morning.

He says that Trump had a “restful first night at home” and that his vital signs remain stable, including his blood oxygen level.

The doctor did not provide any details on what medications the president is currently taking, including whether he has been administered additional steroids.

But he says, “Overall he continued to do extremely well.” 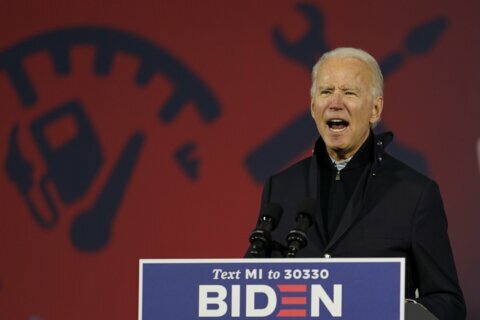 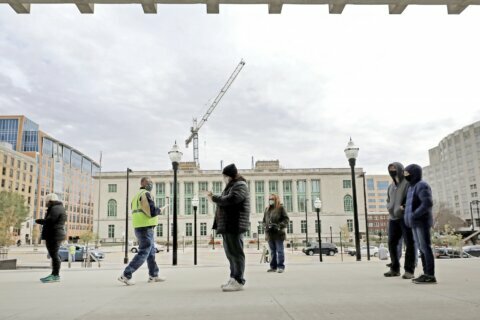 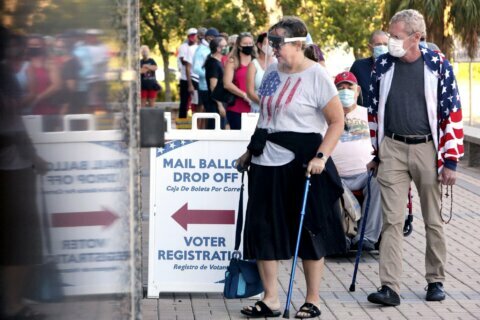