ALEXANDRIA, Va. (AP) — For years, Garrison Courtney had convinced people he was not just a federal public affairs officer but in fact a covert CIA operative working on a classified task force.

The fraud was so compelling that even when it began to unravel, the people he duped stonewalled federal investigators, convinced that talking about Courtney would betray his secret program.

The scheme finally fully collapsed Friday, when he was sentenced to seven years in prison for a yearslong scheme that netted more than $4 million from companies and contractors who thought they were doing their patriotic duty by supporting him.

“It was such a diabolical series of crimes,” U.S. District Judge Liam O’Grady said at Friday’s sentencing hearing. “It was so inventive, so creative. As a result it created such a great danger to our country and to our intelligence community.”

Courtney would approach private companies and tell them he was a covert CIA operative and they needed to add him to his payroll to provide off-the-books funding for the classified task force. He promised the companies they would be reimbursed for their participation.

In all, he raked in more than $4.4 million through his scheme. He kept more than $1 million and used the other funds to pay companies to keep the scheme going.

“It’s a huge Ponzi scheme,” said Steven M. D’Antuono, assistant director in charge of the FBI’s Washington Field Office, at a press conference after the hearing. “He lied and lied and lied.”

U.S. Attorney for the Eastern District G. Zachary Terwilliger, whose office prosecuted the case, called the case a “teaching moment” for the government. Numerous public officials were drawn into the scheme to lend it credibility, including high-ranking Drug Enforcement Administration and military officials. Court papers indicate Courtney even sought to persuade the top intelligence official in the Air Force of the legitimacy of his program in a 2016 meeting.

“If you’re brazen enough and diabolical enough, there’s a lot you can get away with,” Terwilliger said.

Ultimately, though, Courtney did not get away with it, Terwilliger said, crediting an investigation that coordinated efforts from 10 different federal agencies.

While Courtney’s fraud scheme did pull in more than $4 million, it was derailed before it became even bigger: Prosecutors said he was on the verge of reeling in $4 billion in funding for his classified project. Not only that, but so many people in the intelligence communities were duped into believing the program was real that he nearly obtained what is known as a “class guide” that would have effectively immunized him from prosecution, according to prosecutors.

“So many people believed in it and were determined for the ‘program’ to succeed. It seemed to me like the program was actually on the verge of becoming real,” Courtney told officials after he was caught, according to court papers.

Courtney pleaded guilty in June, but even then the scam continued. Prosecutors said he used the name “Devon Azzamoria” to reach out to a former employer and say that Courtney was a legitimate but “burned asset” disavowed by the CIA.

Courtney’s lawyer, Stuart Sears, said the post-conviction lies were just part of a convoluted plan to protect a friend from being wrongly implicated in the scheme.

Sears said Courtney took full responsibility for his conduct. He argued for a lighter sentence in part because Courtney admitted his guilt and spared the government from a difficult jury trial.

“In a time where conspiracy theories are rampant, it would not have been difficult to plant suspicion about this being the deep state at work, or some other nonsense,” Sears said.

Courtney, for his part, apologized for his actions and struggled to explain why he did it.

“It’s difficult to say what was going on in my life,” Courtney said.

O’Grady said it was clear to him that Courtney was motivated by both greed as well as “the need to feel so important. The arrogance you demonstrated is everywhere.”

Before Courtney, 44, of Tampa, Florida, worked at the DEA, he served as a spokesman for Florida Republican congresswoman Katherine Harris. 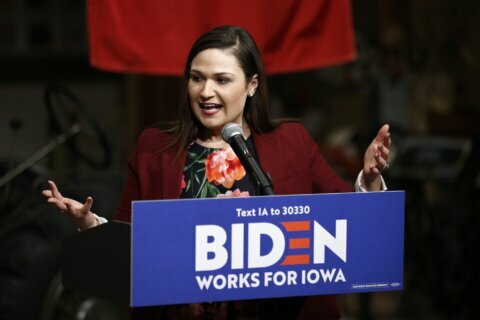