Several Black former FBI special agents say the bureau's lack of diversity raises questions about its ability to fairly investigate the police killings in Minneapolis, Louisville and Kenosha, Wisconsin, that have roiled the country and triggered a racial reckoning. Currently, only 4% of the 13,000 FBI agents around the world are Black, a number that has stayed virtually the same for decades.
Listen now to WTOP News WTOP.com | Alexa | Google Home | WTOP App | 103.5 FM

During his 21 years as an FBI special agent, Eric Jackson fought for his fellow Black agents every chance he got, eventually rising to lead the bureau’s Black Affairs Diversity Committee.

“I think I gave it all to the FBI,” Jackson said. To this day, he swears he loves the organization. Still, Jackson told CBS News, “When the culture is not conducive to minorities, you have an obligation to speak out.”

“The seventh floor in the FBI is where decisions and policies are made,” Jackson told CBS News. “Right now, there are no African Americans on the seventh floor.”

Of the top 10 leadership positions in the FBI, all are currently held by White men.

Jackson is one of several Black former FBI special agents who told CBS News the bureau’s lack of diversity raises questions about its ability to fairly investigate the police killings in Minneapolis, Louisville and Kenosha, Wisconsin, that have roiled the country and triggered a racial reckoning. Currently, only 4% of the 13,000 FBI agents around the world are Black, a number that has stayed virtually the same for decades.

“I believe a crisis is happening,” said Eric Jackson who was the special agent in charge of the FBI’s Dallas field office until he retired last year. “If we don’t look like the community we serve, how can that community trust us?” 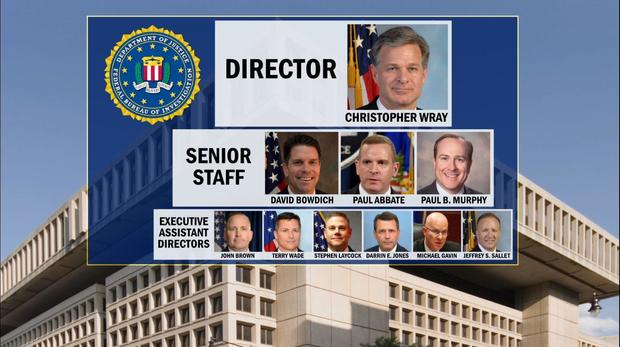 Of the top 10 leadership positions in the FBI, all are held by White men.

CBS News spoke with six FBI agents, all who retired after successful decades-long careers. The agents are part of a group called the Mirror Project, which is calling on the FBI to increase the number of Black agents in its ranks.

“We’re not trying to bash the FBI,” said Michael Mason, who retired from the FBI as an executive assistant director, the highest rank a Black agent has ever achieved. “We’re trying to get the FBI to raise up and become a beacon of diversity where people are held accountable to raise the number of minorities in the FBI.”

Over the last several months, CBS News spoke with more than two dozen current and former Black agents, all of whom described some sort of racial discrimination while in the FBI. They describe long-standing problems at every level: the FBI’s failed attempts to recruit more Black agents, the disproportionate weeding out of Black applicants during the training process, and how White managers tend to only promote individuals who look like themselves. 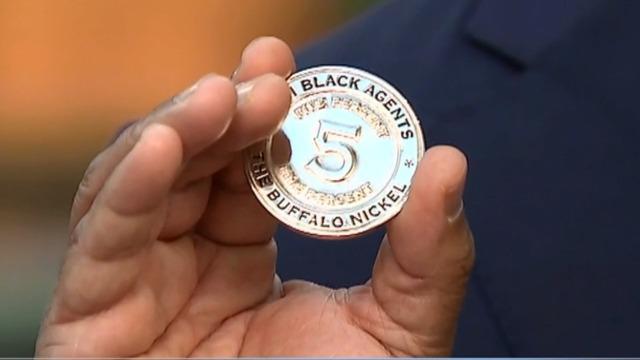 “I was in a class of 38 and I was the only African American,” said former special agent Aaron LaSure, who left the FBI last year after a 22-year career. “And you have to realize, in my career, everywhere I went I was the only one.”

LaSure told CBS News that Black agents absolutely bump up against racism and bias, and they are held to a higher standard than White agents.

“You know that you can’t commit an error and recover from it,” said LaSure.

Rhonda Glover Reese said she experienced racism during her 34-year career at the FBI. As a Black woman at the bureau, she said she’s at times felt invisible. Black women make up just 1% of all FBI special agents. Reese said she would put in for jobs, and time after time, she wasn’t selected.

“You start to wonder, is it because I’m Black?” Reese said. “What do I need to do in order to position myself to be promoted, to go to that next level?”

Former counterintelligence agent Debra Evans Smith also left the bureau last year. Smith spent 34 years as an agent and then worked in the FBI’s Diversity and Inclusion Office from 2016 to 2019.

“You have to be twice as good to get just as far as someone else,” Smith said. 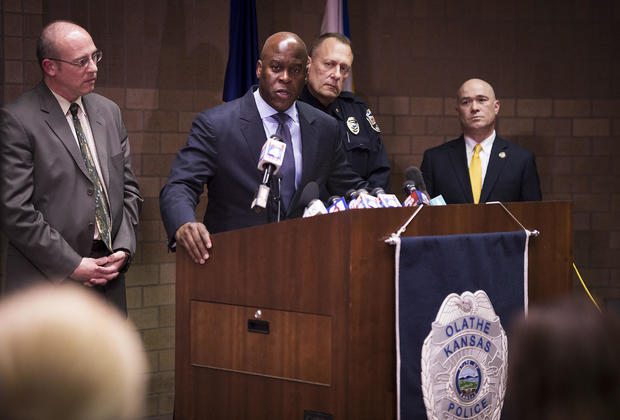 Eric Jackson led the FBI’s Dallas field office until he retired last year after a 21-year career. He said he hit a “glass ceiling” at the FBI that prevents Black agents from moving up to the highest levels of management.

Last month, members of the Mirror Project shared their concerns with FBI Director Christopher Wray. In a letter first obtained by CBS News, the group called for the FBI to be held accountable for its hiring and promotions practices through Congress, the Department of Justice, and the Office of Inspector General.

“If the leaders, the senior executives, if they don’t believe in it, then it’s not going to happen,” said Reese.

An FBI official told CBS News that Wray plans to engage with the members of the Mirror Project. In a statement provided to CBS, the FBI said:

“Diversity is a core value of the FBI. We are bound by an oath to serve all citizens with equal compassion, professionalism, dignity, and respect—and we are committed to ensuring that our workforce reflects the communities we serve.

“Under Director Wray’s leadership, the FBI has implemented aggressive minority recruiting goals for special agents, and we seek to identify diverse candidates through agent recruitment events across the country. We are also prioritizing ongoing conversations with groups representing Black agents and professional staff.

“The FBI is an organization that is constantly learning and growing to ensure that we hold ourselves to the highest standard. As such, we are dedicated to fostering an environment of inclusivity and diversity at the FBI, where everyone feels respected and where everyone is encouraged to offer their views about how we can continue to improve the Bureau.”

The agents said there’s a new sense of urgency to solve the FBI’s diversity problem after a summer of protests about racial justice and alleged police misconduct. The FBI is investigating potential civil rights investigations into the police killings of George Floyd in Minneapolis, Breonna Taylor in Louisville, and Jacob Blake in Kenosha.

LaSure told CBS News he doesn’t think there are enough Black agents working those cases. “As the FBI, we are the lead agency to protect civil rights,” LaSure says.

Reese said she doesn’t think the FBI is giving communities of color a fair shake, and Smith said the investigations would benefit from more minority representation. “A White male growing up in Nebraska is not going to have the same life experience as a Black female growing up in New York City,” Smith said.

Jennifer Love was a champion for the FBI, even appearing in recruiting ads. She retired as an assistant director in 2012, reaching the highest rank of any Black woman in the FBI’s history.

Near the end of her career, Love tried to level the playing field for Black applicants. As the bureau’s head of security, Love oversaw the polygraph’s examinations for new recruits. Passing a polygraph examination is mandatory for any applicant wanting to join the FBI. Love said she heard from minority applicants who believed they were being asked inappropriate questions and took issue with the way the polygrapher spoke to them.

“I had a stack of letters from Black and brown people who had failed the polygraph who said that they thought that they were being treated inappropriately,” Love told CBS News.

She crunched the numbers and discovered Black applicants were disproportionately failing the exam. So, she proposed a solution to film the exams but was met with opposition.

“I can tell you internal to my division, they were opposed to it,” Love said. 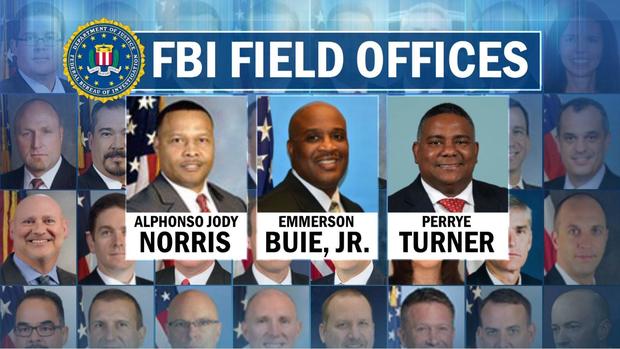 Of the agents running the FBI’s 56 field offices across the country, only three are Black.

FBI recruiting videos give the appearance of a bureau made up of a diverse talent pool, but the agents CBS News spoke with say that it is not what the FBI is like at all.

Love said the low number of Black agents in the FBI is “horrific.”

“The fact of the matter is if the FBI is majority White male, that’s who you’re gonna majority grow up with,” said Mike Mason, the former executive assistant director. “And so you’re gonna be the beneficiary of that more than anybody else is.”

Of agents currently running the FBI’s 56 field offices across the country, only three are Black.

“A picture is worth a thousand words,” said LaSure.

For years, Black agents have commemorated their thin ranks with a challenge coin they call the “Buffalo Nickel.” It’s a silver coin emblazoned with a number five, a nod to the fact that Black people have consistently been no more than 5% over the organization.

Former special agent Eric Jackson said the coin is both a badge of honor and a badge of shame.

As head of the FBI’s Black Affairs Diversity Committee, Jackson said he got a firsthand look at how the upper ranks of FBI leadership kept Black agents from climbing the ladder, an approach he called “institutionalized racism.”

“As the only Black sitting in the room, I hear people talking about ‘We want to prevent lowering standards, we don’t want to change the culture,'” Jackson said. “That’s code word for me that ‘we don’t believe that there is a problem.'”

Jackson said he would leave those meetings feeling demoralized. He said his own career came to an end last year when he eventually “saw the glass ceiling.” He was gunning for one of six executive assistant director positions in the agency and was told he wasn’t eligible because of his rank. Then, Jackson said, the bureau changed the eligibility rules while he was applying and the job went to a White agent with similar credentials.

“Other special agents in charge, we noticed that,” Jackson said. “The message was sent loud and clear that the rules didn’t apply to us.”

The FBI did not respond to a specific question about Jackson’s allegations. 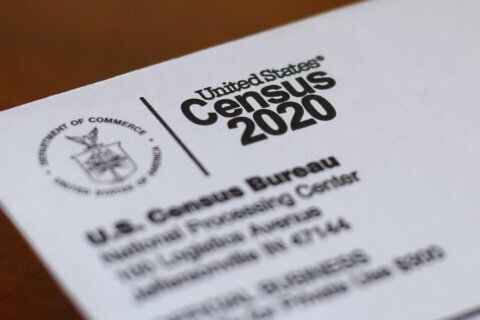