WASHINGTON (AP) — A bill that would give Congress the power to dissolve the U.S. Olympic and Paralympic Committee’s board…
Listen now to WTOP News WTOP.com | Alexa | Google Home | WTOP App | 103.5 FM

WASHINGTON (AP) — A bill that would give Congress the power to dissolve the U.S. Olympic and Paralympic Committee’s board of directors and would more than double the federation’s funding for the U.S. Center for SafeSport is headed to President Donald Trump for his signature after passing the House unanimously on Thursday.

The bill was written in response to the sex abuse scandal involving Larry Nassar, the longtime team doctor for USA Gymnastics and the Michigan State athletic program, who abused more than 300 athletes, according to a congressional report. Nassar is serving decades in prison after being convicted on charges related to his abuse of athletes under the guise of treatment.

The Nassar scandal prompted multiple investigations in Congress about the failings of the USOPC and its affiliated sports organizations. Congress concluded that USA Gymnastics and the USOPC “knowingly concealed abuse by Larry Nassar” and enhanced oversight of those organizations was necessary to protect athletes.

“We are grateful to our colleagues in the House who advocated for this bill, and we look forward to the president signing this legislation into law to institute and enforce these reforms so all athletes can participate in the sport they love without fear of abuse,” the bill’s main sponsors, Sens. Jerry Moran, R-Kan., and Richard Blumenthal, D-Conn., said in a joint statement.

The USOPC has been working separately on governance reform that increases athlete representation on its boards and committees, creates better oversight of affiliated sports organizations and makes it easier for athletes to report concerns. It has increased transparency about its budget and brought its total funding for the SafeSport center up to $7.5 million in 2019 — a $3 million increase over the previous year.

The bill approved Thursday proposes the USOPC provide $20 million to the center, which opened in 2017 and has the exclusive authority to respond to allegations of sexual abuse and sexual misconduct within the USOPC and its affiliated governing bodies for individual sports. 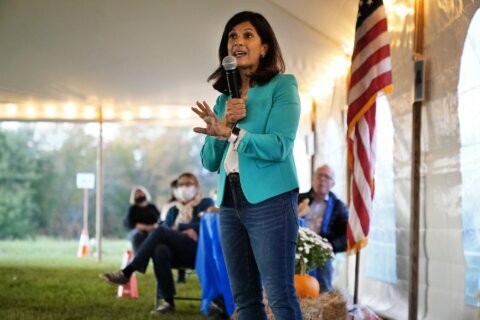