Even in a national political environment fundamentally altered by the coronavirus pandemic, the former vice president has paid far more attention to swing-voting Wisconsin and its pivotal neighbor Michigan than Clinton did during a campaign with no public health crisis or concerns about mass gatherings.

More than budgeting some of his carefully planned time, and certainly spending prodigiously more money on advertising, Biden’s team also has attempted to correct Clinton’s more glaring failure in the two states by reaching out directly to voters.

“When you don’t come and ask people for their vote, they feel like it doesn’t matter,” said Karen Finney, a senior Clinton adviser who in retrospect says Clinton’s campaign was more concerned with modeling voter behavior than reaching voters. Biden’s “campaign is doing a better job, even during COVID, of reaching out with the candidates and a voter-to-voter effort. That makes a difference, and is an improvement.”

Clinton’s narrow losses in Wisconsin and Michigan — two states considered Democratic strongholds — were seen as punishment for neglect by her campaign. Besides spending no time in Wisconsin and only five days in Michigan, Clinton didn’t begin advertising in either until two weeks before the election.

But, to be sure, Clinton also lost Pennsylvania just as narrowly although she campaigned there 11 times and spent $30 million in ads.

“If we learned anything from 2016, it’s that we cannot underestimate Donald Trump or his ability to claw his way back into contention in the final days of a campaign,” campaign manager Jennifer O’Malley Dillon wrote in a memo to donors last week.

As of this week, the Biden campaign had spent roughly $30 million on advertising in Michigan and $25 million in Wisconsin, according to a review of Kantar/CMAG data for The Associated Press.

And although Biden has campaigned in Wisconsin only twice, both trips were targeted to the two main themes of his candidacy, addressing the national reckoning with institutional racism and bolstering a shaky middle class.

In August, amid anxiety among some Wisconsin Democrats that Biden hadn’t been in Milwaukee for the party’s altered national convention, he visited Kenosha in the wake of the police shooting of a Black man, Jacob Blake, and the civil unrest that followed.

Likewise, Biden has visited Michigan three times, all since September, including Friday when he spoke on racial equality in Detroit and health care in Southfield, a racially and ethnically diverse middle-class suburb of Detroit in politically crucial Oakland County.

The two states alone didn’t cost Clinton the majority of the 270 Electoral College votes required to become president. However, her absence from Wisconsin was on people’s minds as the campaign wound down, Finney said.

Trump’s sweep in Wisconsin, Michigan and Pennsylvania, as well as his comfortable win in Ohio, where Clinton visited 15 times and spent $31 million on advertising, underscored his appeal to once reliably Democratic working-class white voters.

Still, traveling with 2016 Democratic vice presidential nominee Tim Kaine the weekend before the election, Finney said that in television interviews in Wisconsin’s three largest media markets, “The first question every time was, ‘Is Hillary Clinton going to come to Wisconsin?’”

“What I could feel on the ground in 2016 made me nervous in Wisconsin,” Finney said. “And if the public conversation the weekend before the election is, ‘Where is the candidate?’ that’s not good.”

Biden would almost certainly need to win Wisconsin and Michigan to top the 270 Electoral Vote threshold, given their narrow margins for Trump — fewer than 34,000 votes combined — and the former vice president’s steady polling lead in both since the summer.

Trump has hardly given up on them, visiting a combined 10 times this year, including Saturday in Janesville, Wisconsin, and Muskegon in Michigan’s GOP-leaning west.

However, Trump is fighting uphill in both states, where he is betting overwhelming turnout in rural and small-town places where he dominated in 2016 can recoup declining support in suburbs and swing-voting regions.

In the meantime, since Labor Day, Trump has pulled back on his advertising spending in the states where he is being dramatically outspent as he has reinvested in Arizona, where he won in 2016, and Pennsylvania.

There’s been more to Biden’s sharper focus on Michigan and Wisconsin than showing up and spending money.

In Wisconsin, for instance, Biden’s campaign has adopted the state Democratic Party’s ongoing voter-to-voter phone and text outreach program, which, since before the party’s 2018 midterm gains, was putting local Democratic activists in touch with voters in their area.

Biden’s campaign also has organized among Black voters in Detroit and Milwaukee, where Clinton underperformed. Clinton received 14,000 fewer votes in Milwaukee County than Barack Obama did in 2012, or more than half of Clinton’s losing margin to Trump in the state.

The Biden campaign is reaching out to Black pastors, and in August vice presidential nominee Kamala Harris led an online roundtable aimed at Detroit-area Black women. On a visit to Milwaukee in September, Harris met with Black business owners.

Biden’s Michigan campaign as well as national aides have contacted Kinloch more in the past two months than Clinton’s did throughout all of 2016, he said.

“They’re looping everything we’re doing individually together under the Biden campaign,” Kinloch said. “That definitely didn’t happen four years ago. It was a hard lesson to the point I was sick.” 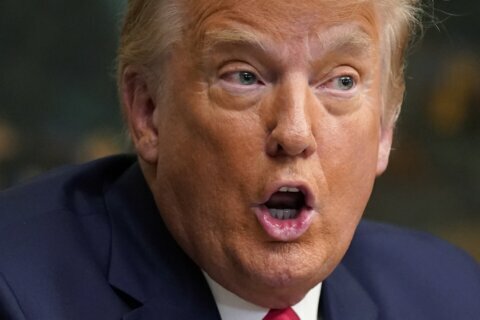 Trump expected to flex pardon powers on way out door