WASHINGTON (AP) — House Speaker Nancy Pelosi is getting heat over a solo hair salon visit in San Francisco at a time when California businesses are limited by concern over coronavirus.

But Pelosi’s spokesman said she was complying with the rules as presented to her by eSalon.

“This business offered for the Speaker to come in on Monday and told her they were allowed by the city to have one customer at a time in the business,” said spokesman Drew Hammill in a statement. “The Speaker complied with the rules as presented to her by this establishment.”

Footage aired by Fox News Channel shows Pelosi, her mask around her neck rather than on her face, walking through the establishment. A stylist follows her, wearing a mask.

The salon owner said she rents chairs to stylists, one of whom let her know in advance that Pelosi wanted a wash and a blow dry. California guidelines on salons vary by county, but San Francisco officials have not yet permitted indoor salons to open. The owner said she considered the service “a slap in the face” to business owners who have been forced to close.

“Speaker Pelosi has pushed policies that would keep our economy closed and our small businesses shut down. But for herself?” Senate Republicans tweeted. “A salon visit whenever she pleases.”

Pelosi says Republicans could help create the conditions to safely reopen if they would only “listen to the scientists.”

“Republicans are rejecting the funding needed for testing and tracing to crush the virus and safely reopen schools and the economy,” she wrote in a letter Friday to her Democratic colleagues.

This story was first published on September 1, 2020. It was updated on September 2, 2020 to correct that California guidelines on salons vary by county and San Francisco officials have not yet permitted indoor salons to reopen. 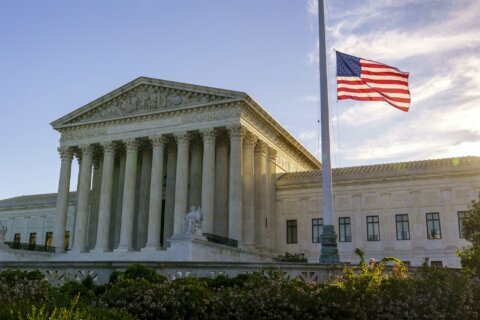