WASHINGTON (AP) — House Democrats on Wednesday proposed a bill to curb presidential abuses, a pitch to voters weeks ahead of Election Day as they try to defeat President Donald Trump, capture the Senate from Republicans and keep their House majority.

The legislation, a wide-ranging package of new and revised bills, would limit the president’s pardon power, strengthen laws to ban presidents from receiving gifts or payments from foreign governments, better protect independent agency watchdogs and whistleblowers from firing or retribution and require better reporting by campaigns of foreign election interference.

Each of the bill’s provisions is a response to actions by Trump or his administration that Democrats see as abuses of presidential power. It builds on an elections and ethics reform package the House passed soon after Democrats reclaimed the majority in 2019.

The sweeping reform package is “designed to address the president’s staggering litany of abuses and ensure they can never happen again by anyone,” said House Speaker Nancy Pelosi, who announced the legislation Wednesday along with the heads of seven House committees.

Pelosi called the measure “future focused” and said it would “restore checks and balances not only during this term but for any future president.”

“America has a choice,” Pelosi added, referring to the legislation but also the upcoming election: ”to repair and strengthen our democracy or to look the other way and enable (Trump’s) actions.”

California Rep. Adam Schiff, the chair of the House Intelligence Committee who led Trump’s impeachment last year, said the reform package was needed “to constrain a lawless president” who has “shaken and broken” guardrails in place since the beginning of the republic and strengthened after the Watergate scandal of the 1970s.

“We owe it to the American people to put in place meaningful constraints on power, fix what is broken and ensure there is never again a Richard Nixon or Donald Trump for either party,” Schiff said.

Since taking office, Trump has placed his own personal and political interests above the national interest “by protecting and enriching himself, targeting his political opponents, seeking foreign interference in our elections, eroding transparency, seeking to end accountability and otherwise abusing the power of his office,” Schiff and other committee chairs said in a joint statement.

The legislation comes as House Democrats have been repeatedly frustrated – including during impeachment – by efforts to gain information from the Trump administration and as officials have faced little consequence for defying subpoenas and ignoring requests and investigations. The bill would also strengthen congressional tools to enforce subpoenas by expediting the judicial process and allowing courts to fine officials who won’t comply.

“Congressional subpoenas are not requests that recipients can easily brush aside,” said Rep. Richard Neal, D-Mass., chair of the House Ways and Means Committee. Instead, subpoenas are ”indispensable tools” needed to hold the executive branch accountable for its actions, Neal and other Democrats said.

“The rule of law applies to every single person” in the country, “including the president,” said Neal, who has tried unsuccessfully to obtain Trump’s tax records.

Congress has yet to send to the president any legislation to try to curb foreign election interference after Russia meddled on several fronts in the 2016 presidential contest. Legislation passed by the House on election reform and other issues has been left unconsidered by the Republican-controlled Senate, and Democrats acknowledged there is little chance the new bill will be approved this year.

Schiff called the Senate under Majority Leader Mitch McConnell “a willing accomplice to many of the president’s actions,” but said the situation may change if Democrat Joe Biden is elected president. Republicans who now oppose constraints on presidential power may support Democratic efforts next year, Schiff said.

“The degradation of our democracy over the past 3 1/2 years is not the work of the president alone,” Schiff said. ”Donald Trump could not have accomplished what he has in terms of undermining our democracy without the willing help of GOP partners in the Senate.”

In addition to strengthening reporting requirements for campaigns, the bill would clarify and enhance criminal penalties for campaigns that accept foreign information sought or obtained for political advantage.

The election provisions are a response to the Trump campaign’s interactions with Russians during the 2016 campaign, including conversations between the president’s son Donald Trump Jr. and intermediaries about information that could incriminate Democrat Hillary Clinton. A report by special counsel Robert Mueller found multiple contacts between the Trump campaign and Russia, but determined there was insufficient evidence to prove a criminal conspiracy between the two.

In a related action, Sen. Kirsten Gillibrand, D-N.Y., and Rep. Katie Porter, D-Calif., announced legislation to strengthen disclosure requirements for members of Congress, their families and staff who receive a benefit from the federal government.

At least a dozen lawmakers, including Pelosi and McConnell, have family ties to organizations that received federal money through the $659 billion Paycheck Protection Program, launched in April to help keep Americans employed during the coronavirus pandemic. The new measure would require officials to report any time they or a close family member such as a spouse or child apply for or receive a benefit from the federal government, including loans, contracts or grants.

“As Congress appropriates trillions of dollars in COVID relief, we must ensure our elected officials are not lining their pockets with taxpayer money,” Gillibrand said.

“When government officials abuse their positions for personal gain, that violates the trust of the American people that we act in their best interest,” Porter added. 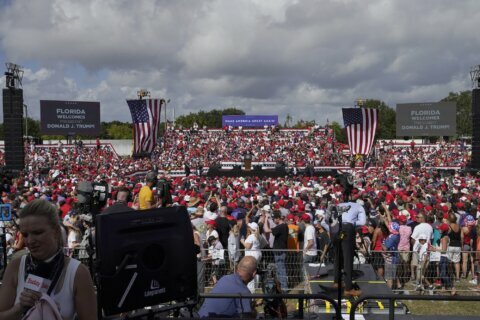