Attorney General William Barr announced a series of reforms to the FBI's process for pursuing warrants to secretly surveil elected officials, political campaigns and candidates, a move that comes nearly a year after an inspector general report documented numerous failures by the FBI during its 2016 investigation into the Trump campaign.
Listen now to WTOP News WTOP.com | Alexa | Google Home | WTOP App | 103.5 FM

Washington — Attorney General William Barr announced a series of reforms to the FBI’s process for pursuing warrants to secretly surveil elected officials, political campaigns and candidates, a move that comes nearly a year after an inspector general report documented numerous failures by the FBI during its 2016 investigation into the Trump campaign.

Barr issued the new restrictions in a pair of memos released Tuesday. The first directive authorizes the creation of an Office of Internal Auditing within the FBI to ensure “rigorous and robust auditing” of the bureau’s activities. The second memo establishes new oversight procedures for pursuing secret surveillance warrants under the Foreign Intelligence Surveillance Act, or FISA.

“FISA is a critical tool to ensuring the safety and security of Americans, particularly when it comes to fighting terrorism. However, the American people must have confidence that the United States Government will exercise its surveillance authorities in a manner that protects the civil liberties of Americans, avoids interference in the political process, and complies with the Constitution and laws of the United States,” Barr said in a statement.

“What happened to the Trump presidential campaign and his subsequent Administration after the President was duly elected by the American people must never happen again,” he added.

Among the new restrictions is a requirement that the FBI director first consider providing a “defensive briefing” to potential targets of foreign governments before moving forward with seeking a surveillance warrant. This new constraint applies to potential subjects of national security investigations, including candidates for federal office, elected federal officials, their staff or both formal and informal advisers. If the FBI director decides against providing such a briefing, he or she must explain why in writing.

Coming just weeks before the 2020 elections, the change could make it more likely that the FBI alerts campaigns about potential investigations into foreign interference.

Barr also established additional layers of scrutiny toward FISA applications, addressing criticism from Republicans in the wake of the inspector general report into the Trump campaign investigation, known as “Crossfire Hurricane.”

Michael Horowitz, the Justice Department’s inspector general, found the FBI was justified and indicated no political bias when it launched its investigation, but also determined the bureau made 17 “significant inaccuracies and omissions” in its handling of FISA applications to surveil Carter Page, a former Trump campaign aide. In addition, Horowitz found that the surveillance of Page “continued even as the FBI gathered information that weakened the assessment of probable cause.”

In the most glaring instance of abuse, an FBI lawyer was found to have altered an email to change its meaning and bolster the bureau’s FISA application to surveil Page. The lawyer, Kevin Clinesmith, pleaded guilty to one criminal charge last month.

All applications must also undergo a review for “accuracy and completeness” by an FBI agent not involved in the investigation and FBI lawyers, both of whom are then required to brief the attorney general, deputy attorney general and assistant attorney general for national security on their findings.

In response to the inspector general’s report, which was released last December, FBI Director Wray accepted the findings, calling them “unacceptable,” and announced over 40 corrective actions his bureau would take to reform their practices. Wray expressed support for the additional procedures in a statement on Tuesday.

“The additional reforms announced today, which we worked on closely with the Attorney General’s office, will build on the FBI’s efforts to bolster its compliance program,” Wray said. “FISA is an indispensable tool that the FBI uses to protect our country from national security threats, and Americans can rest assured that the FBI remains dedicated to continuously strengthening our FISA compliance efforts and ensuring that our FISA authorities are exercised in a responsible manner.”

Inspector general reviews of information included by the FBI in recent FISA applications have proven to be accurate, according to an FBI spokesperson. In addition to the creation of the Internal Auditing office, the spokesperson told CBS News that the bureau is in the process of seeking an outside consultant to provide advice on improving its process for auditing FISA applications. 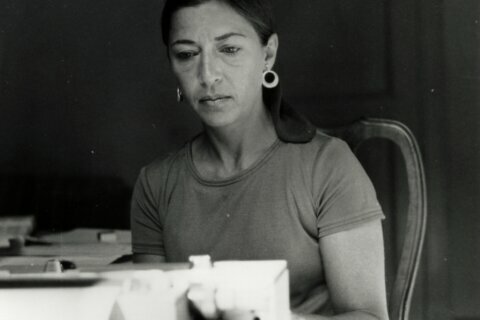